On Friday was the Fall Festival at Naomi's school...
They had a bunch of rides and a "train" pulled by a lawn mower like vehicle that filled the air with a gasoline aroma.... 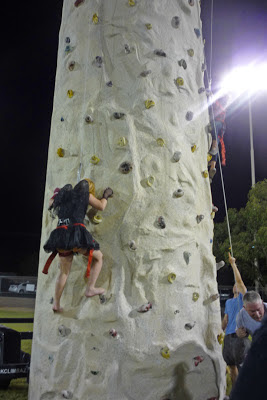 Naomi tackled the climbing wall, and some of Phoebe's friends from the middle school were there to keep her busy, Chloe also seemed entertained ...mostly. 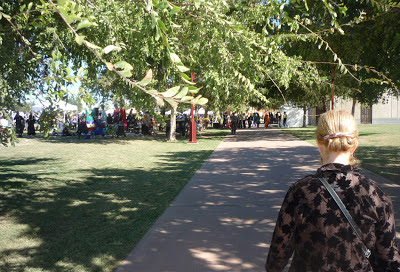 On Sunday was the Dias De Los Muertos festival downtown in the park. We felt ready for more "festivaling" so we went to that as well! 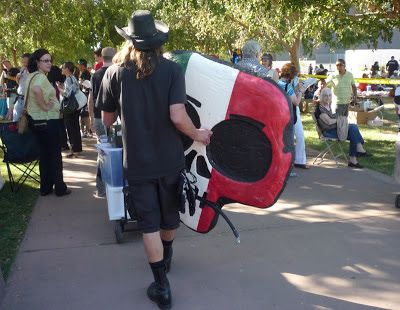 This is man carrying a Mexican flag skull (in case your eyes aren't working today). 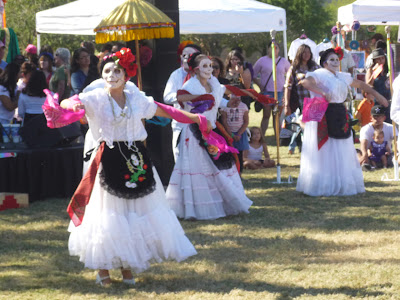 Here are some of the dancers. 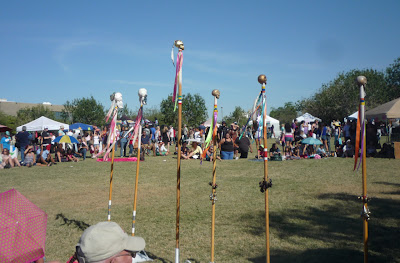 The dance stage/performance area was in the direct sun, but that's okay, it wasn't even 90ºF on Sunday (maybe 89ºF). 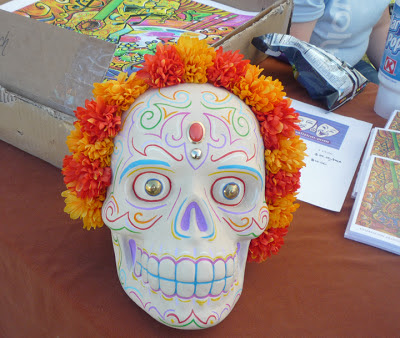 One of many alter skulls at the festival. 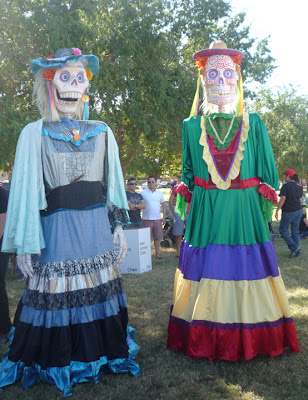 Two of the giant skeletons. 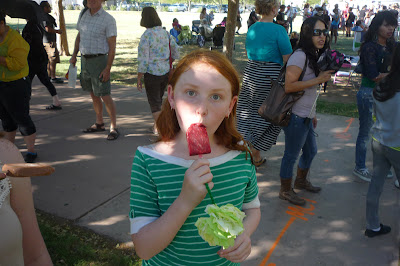 Did I mention it was a bit hot?  So we bought the kids some Mexican handmade helado. 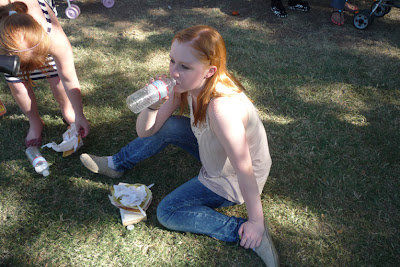 Also some water and expensive tamales... 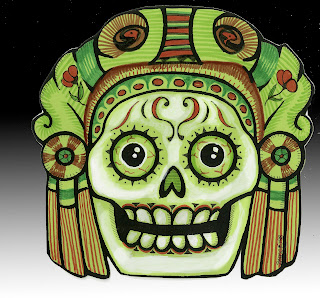 Mike and I stayed in the shade for a while and decorated masks.  I made this one. :) 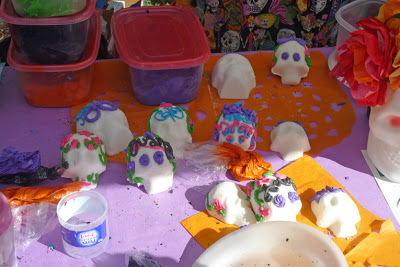 There was plenty to do though.  This was a booth where you could make a sugar skull. 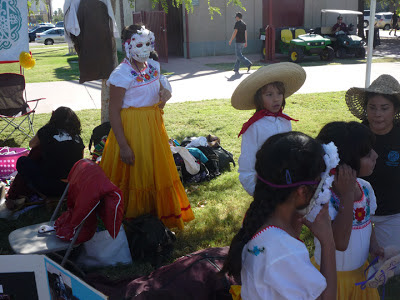 There were dancers everywhere.  These are a group of children preparing to go on. 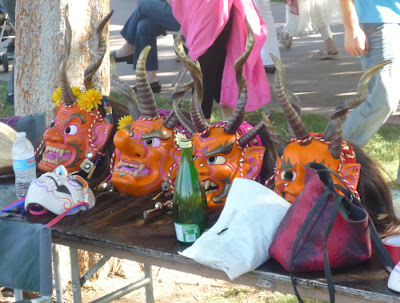 The costumes were great.  We missed the dance act that wore these crazy orange masks. 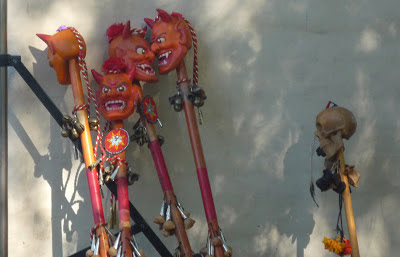 I'm not sure, but I think these staffs went with those dancers we missed. 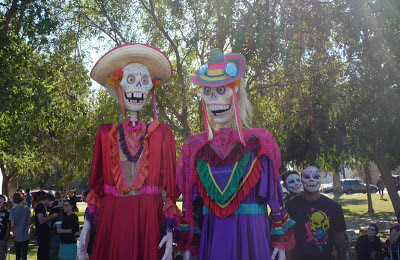 There was certainly a lot to see.  "Dias de los Muertos" or "Day of The Dead" is more than just a giant skeleton festival however. 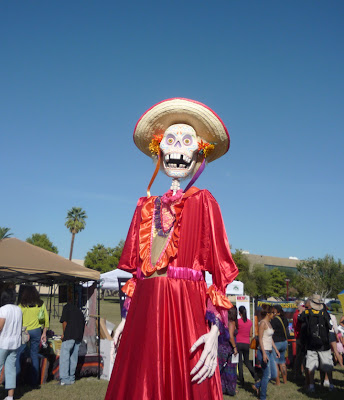 It's about communing with your dead family, friends and ancestors. In Mexico they cook the favorite dishes of the one who's moved on and commune with them at alters in the cemetery.  This is also the time of year in Mexico that the monarch butterflies complete their long migration from Canada.  As the butterflies arrive they believe that these are the spirits of their ancestors returning.  It's really quite beautiful. 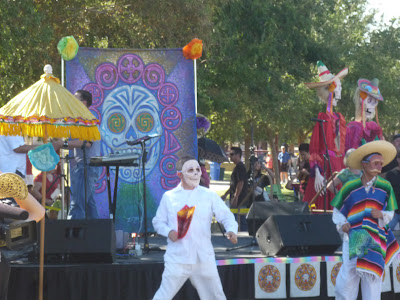 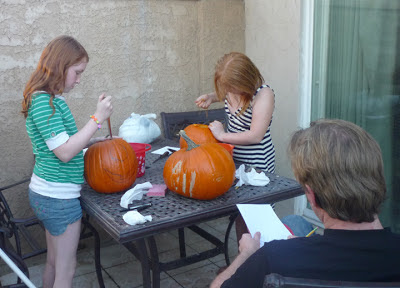 This weekend we finally carved our pumpkins... We got them at Walmart (I know, lame). 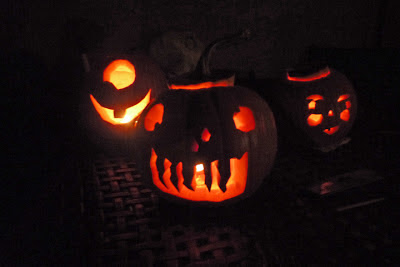 Still they came out pretty good!!