A blow out, a helper monkey, and my last day on the mural 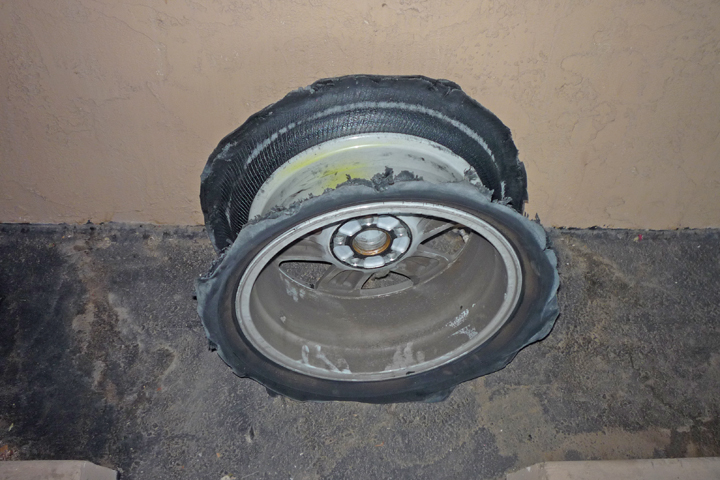 Over the weekend we went to visit some friends and as we were returning late at night we heard a rumbling noise.  We thought it was that truck behind us but.... We were wrong. 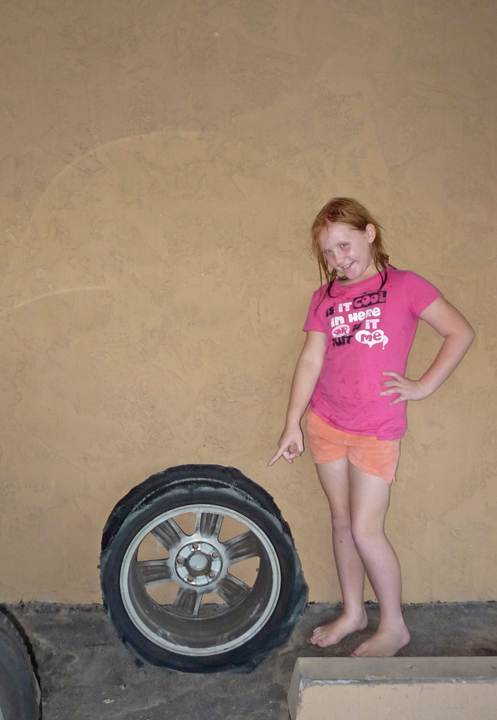 As you can see our tire blew out.  We sat for almost an hour on the side of the road waiting for roadside assistance that never came.  A very nice man stopped though and had us on our way! There are some really good people out there.

Since we've moved to this city I've seen some really bad accidents.  Three in fact, and one where a man was being strapped to a board by the paramedics.  Since we've only been here a month that seems like an awful lot.

In other news we headed to Costco to pick up Halloween get-ups for the kids.  They didn't find any there but we did see an elderly woman in a wheelchair with a helper monkey!  It was perched on her shoulder and she  had a thin silver chain on him.  How awesome is that!! My kids were fascinated and followed her around from a distance. Note to self get helper monkey when I become enfeebled.

Monday was my last day on the mural project.  I'm subcontracted so it's not quite done, but I've done my part... 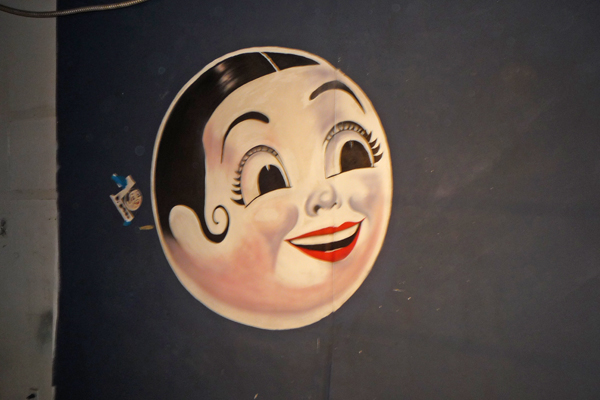 Here you can see that Bryan Relyea (the lead artist) finished off the moon over the weekend with the airbrush. 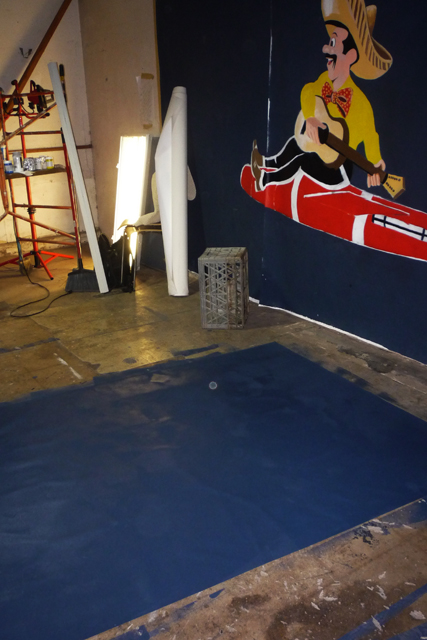 He still needs to finish off the rocket guy and paint in stars, but I prepped the other 3 panels for him. Then he'll fly to Naples to install everything.

Since I won't be there to get final photos I thought I'd share the design.   And now here's a gratuitous picture of another one of the rooftop kitties from above the studio... Unknown said…
A helper monkey!! I want one of those too! Missing Costco a bit... LOVE your illustrations, especially the dragon. If I ever sit down and write another one of the half dozen children's books I've got ideas for I may be contacting you!
October 25, 2012 at 2:55 AM