Discovering Phoenix and a journey to LA

We spent the last couple of weeks exploring this city... 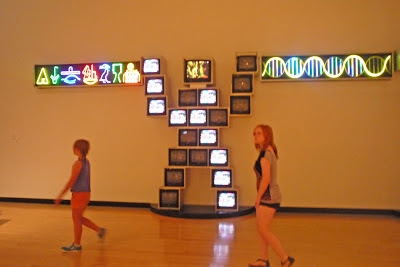 We made a visit to the Phoenix Art Museum, which really impressed us. 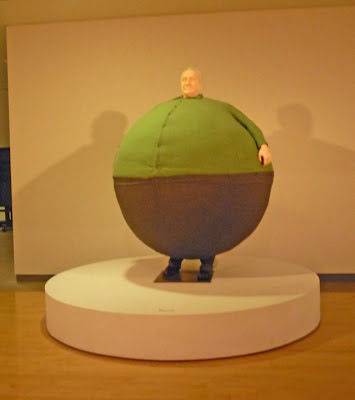 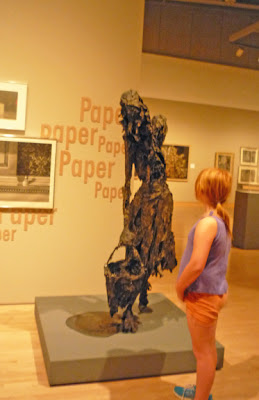 There was a special show up about paper. (Yes, this creepy sculpture is made of paper)

...And then there was this. 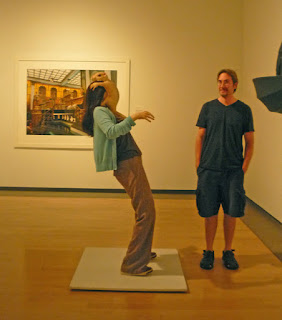 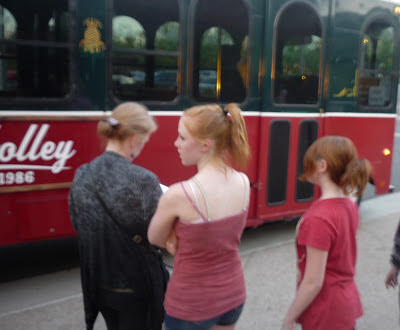 We also went to the "First Friday" event that's held every month here in Phoenix.  This is us boarding the trolley to take us downtown. 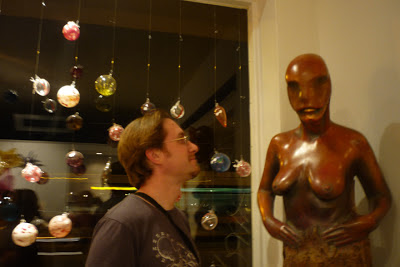 Here's Mike looking at an interesting sculpture. First Friday is a packed citywide event that is mostly an Art Walk.  There are musicians and food vendors and craft vendors. 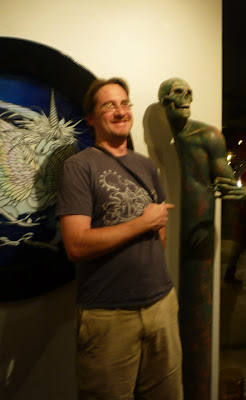 ...And for the one we went to, zombies of course. 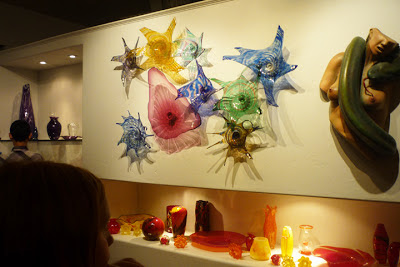 We could only see a tiny corner of the art walk this month, but in the end we saw some interesting work, heard some good music and ate some local food. 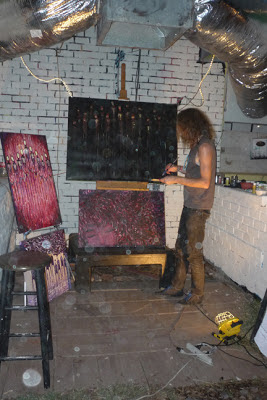 We also saw some artists and bands perform live.

We were sweating each day through 105º heat when we first arrived, so we were really looking forward to our weekend in San Pedro, California, where Mike was a guest for the Lovecraft Film Festival.  We've been going every year so it was nice to do something normal.

It was also good for me to finally watch the film that Mike worked as concept designer on "Stay at home Dad".
Such a crazy, short film.  If it comes to a festival near you, check it out!!!

It was nice to be back in California for a day or two, but it wasn't much cooler. We were sweating as we walked about and in the end glad to be back when the festival was over.