Suddenly last Saturday this city became crowded. Literally overnight tour buses clogged our tiny street, the beach was packed, the streets were packed and even our apartment building was now packed after seeming fairly empty (these are mostly vacation rentals). 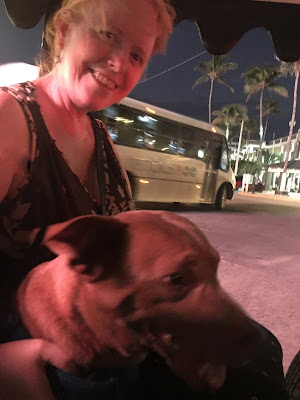 Sunday night we decided to head out into the city and see what all the fuss was about. This is me and Oscar on the pulomina (an open air taxi that is common here). 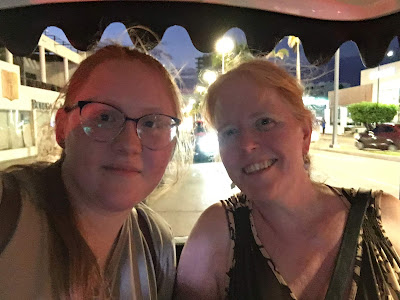 We rode all the way to the downtown where the big festival was at the Plaza. When we got there however they said "No pets!" So Mike took Oscar and said he'd meet up with us, and Naomi and I entered the festival area. 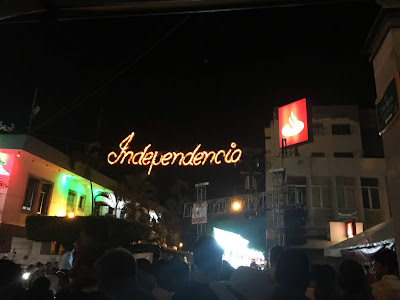 We walked into the tightest, wall to wall people crowd I've have only been in once before, on New Year's Eve at Times Square, and that was awful too. We could barely move, and shuffled our way over to a slightly more open area by the cathedral where Naomi took this amazing photo. 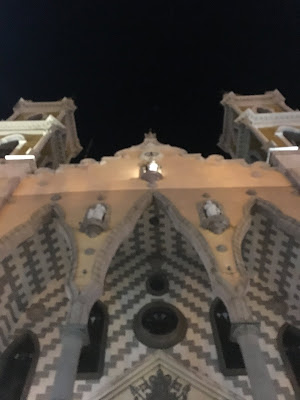 Anyway after this I wanted to leave. Naomi and I, after some effort, got out of there and found Mike. He was near another plaza that was having more relaxed festivities with an artisans market 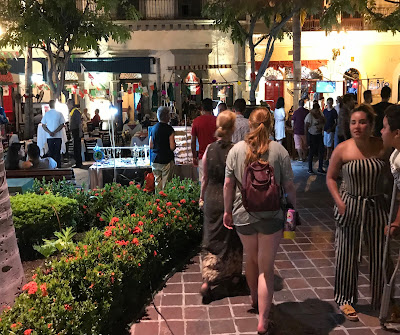 It was also full of people but not so bad. 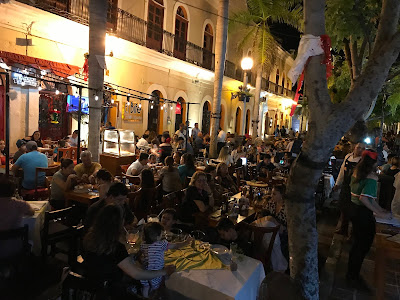 This plaza had many arts and crafts and restaurants. 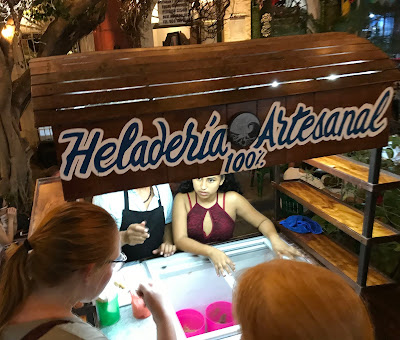 We stopped for some ice cream and then headed over to the Malecon  (essentially a boardwalk). 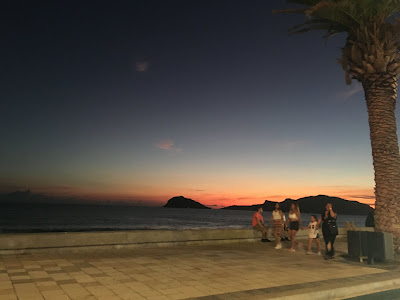 A shot of the sunset that night. 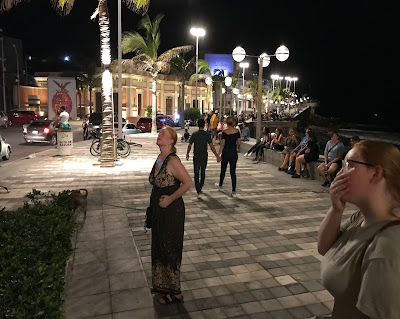 I don't know what we are looking at here, but it seems quite shocking! 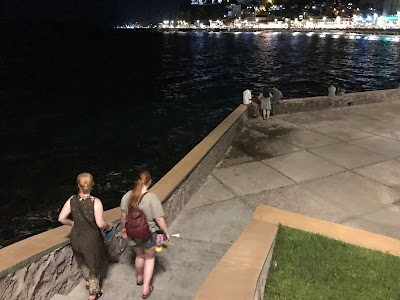 Heading down closer to the water. 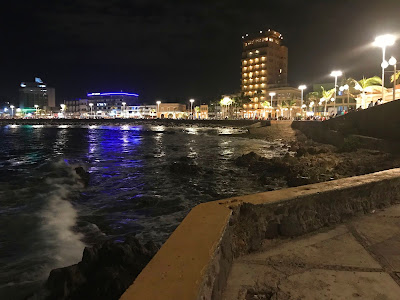 If you ever come to Mazatlán, you will learn that this city has the longest Malecon in the Americas. It's really impressive. Anyway for our first National holiday in this country we really had a great time, and I'd say it was quite a successful evening! 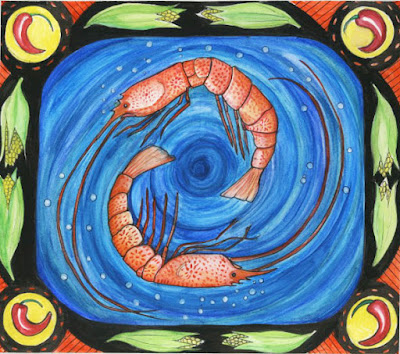 In other news, I've been talking with a secondary school in a town about 20 minutes south of the city about painting a mural to brighten the grounds. I'm very excited and we're planning to start next month! In addition a preschool around the corner has hired me to run a mask making workshop which is also really exciting. They even offered Naomi a possible position there (hopefully she'll go for it!).

In the mean time Halloween sales have picked up in my mask store and I'm just super busy. That won't stop us from celebrating Mike's birthday this week however. I just have to figure out some plans, maybe we'll head to Stone Island.