An update from Phoebe and a rough ride into town 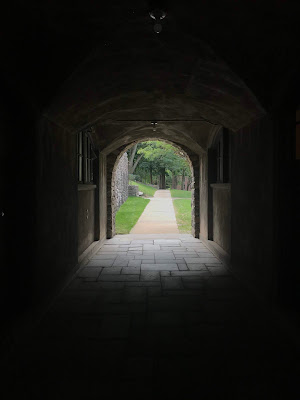 During our weekend in San Carlos, Phoebe contacted us to let us know that her school was having a no tech week. So just before we last heard from her she sent us some photos of The Masters School campus and other shots from school 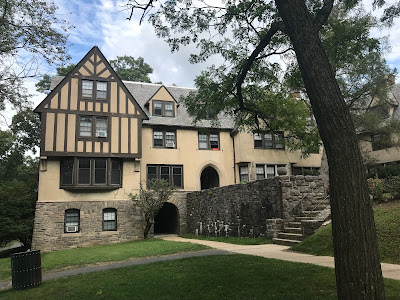 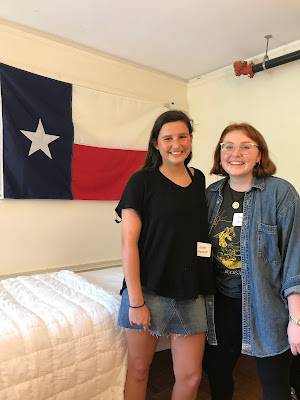 Here she is with her roommate Isabel.

So far they have started exploring the East Village and the surrounding area of Dobbs Ferry. 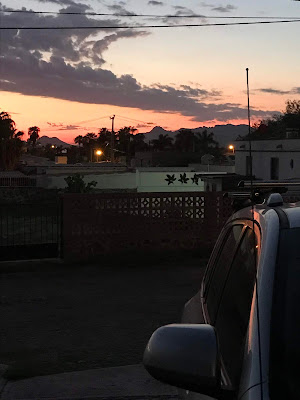 Very early on Monday morning we packed up our car and left San Carlos for our biggest drive yet. 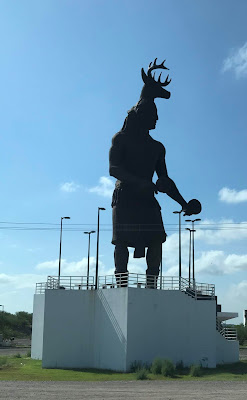 This is a giant statue of a native person with a deer on his head that we passed. There were statues and images of this for miles through Navojoa. 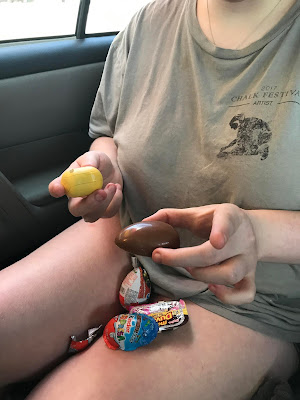 Naomi grabbed a chocolate surprise egg at a stop. 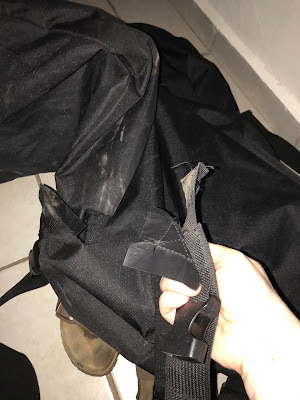 After driving all day for nearly 7 hours we finally got to Culiacán in Sinaloa. Unfortunately we found our the straps of our roof bags had ripped on the drive. They held a lot of our luggage. Then while we searched our over packed car for sewing kit, it started to downpour and thunder and lightening. The car was parked in a garage that was oddly open on the top, so it was more like a patio with a door and a gate. During the search the garage door began to malfunction. Opening and closing on it's own, basically all night long.
Finally in the morning I was able to press the button and open it. We quickly removed our car and shut it again. 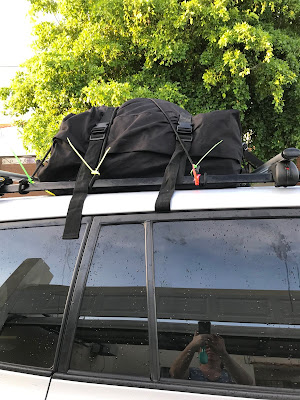 We managed to repair the bag with gorilla tape, bungee cords, and zip ties. I never did find the sewing kit. It seemed like everything was shaping up, until our tire light went on. Our Airbnb host brought us to an English speaking tire person and he checked our pressure. It was apparently just the extreme variations in temperature after the storm. (Phew! In Phoenix it's always 3 nails.) 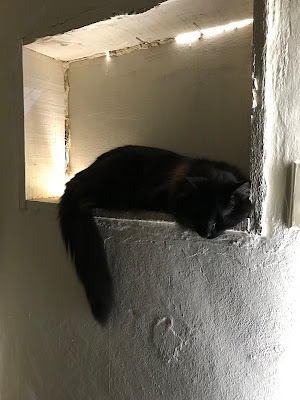 Anyway this is Gigi at the last place. He wasn't happy to leave. He does not like this new life of driving around. 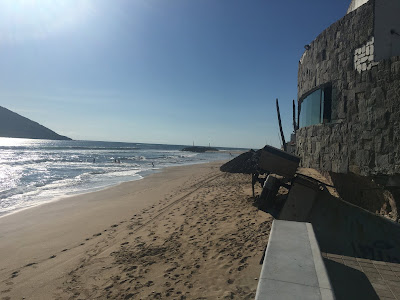 Three hours of driving later we pulled into Mazatlán! 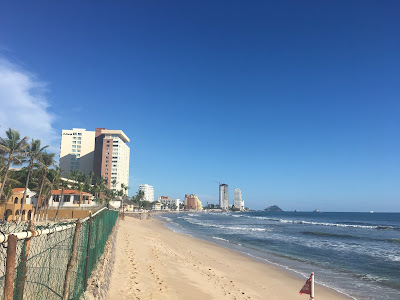 We are in the hotel zone for a while. These are photos Naomi took on the beach.

We've hardly seen the place but we are happy to finally be here!