Vacaciones en México- The journey down

This morning I'm sitting on the patio watching the sunrise in Mexico, listening to a light drizzle of rain and the waves from The Sea of Cortez crashing on the shore. It would be perfect except for the cup of presweetened instant coffee I'm choking down (instant was all we could find at the mercado). 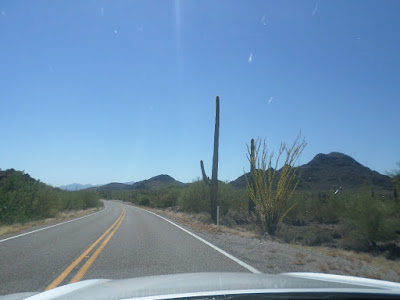 Yesterday morning the five of us (plus Oscar- the cat stayed home, due to a mix up at the vet with her rabies vaccination) climbed in the car and began the long drive into México. 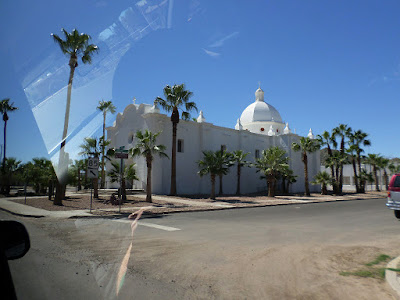 We drove through little towns like this one as we approached the border.  This was a church in Ajo (means garlic in Spanish).  We even drove through a town called "Why". 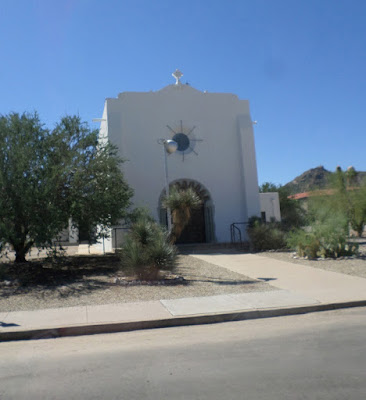 Chapels are everywhere along the roadside.  This one was big but many were small enough for Oscar. 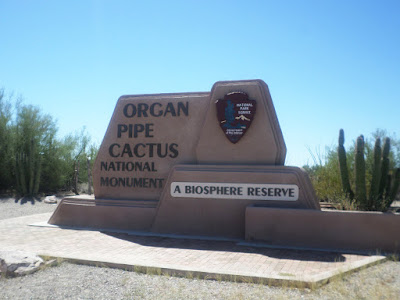 After driving for a long time we stopped at Organ Pipe National Monument.  My back was killing me so we stepped out to stretch in the hot sun. 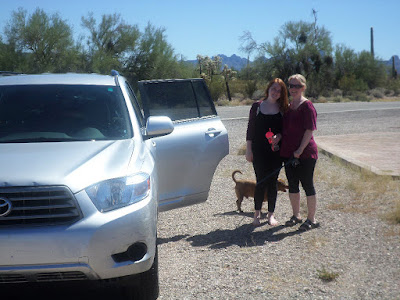 This is Phoebe and I by the sunny sign. 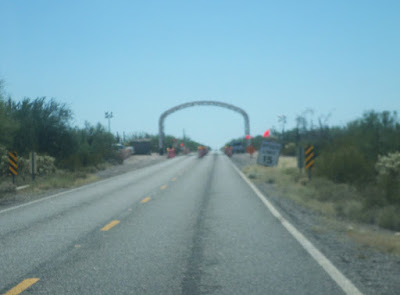 Shortly after this we approached the border at Lukeville.  It came up so quickly we didn't have a chance to stop and call Dan, the man we are renting our condo from.  I though it would be more of a town, but Lukeville is nothing like San Ysidro in California where we crossed into Tijuana.  It was nearly abandoned except for a handful of Mexican and US customs agents.  They looked at our papers for Oscar and sent us on our way. 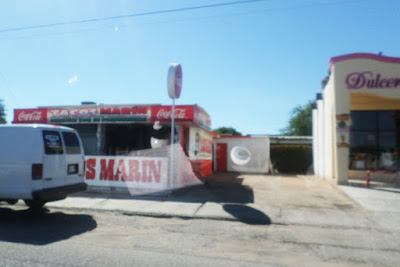 The other side of the border, Sonoyta was much busier and more of a town. There were people everywhere, and Policía Federal Preventia officers were pulling over people left and right, because when you cross the border the speed drops to 60kph (which is about 35mph).  I took perverse pleasure in seeing a man pulled over in a black SUV that had been riding 2 inches from my bumper for over an hour. 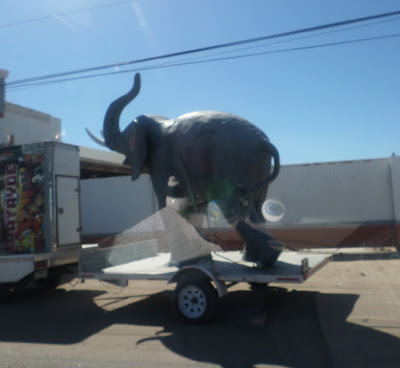 Anyway this elephant sculpture was also traveling through Sonoyta yesterday. 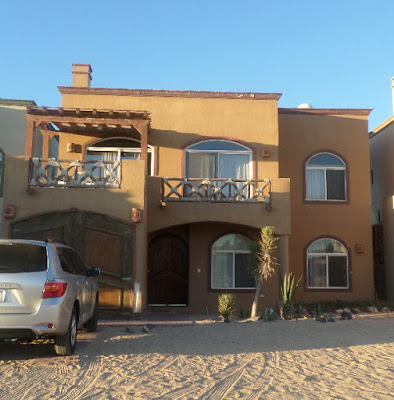 An hour later we arrived at the condo in Puerto Peñasco. 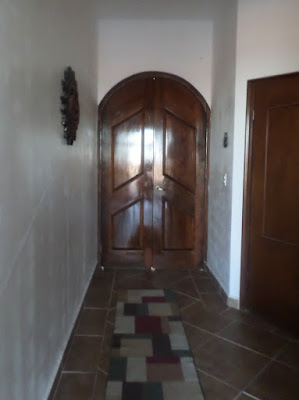 It's quite a nice place. 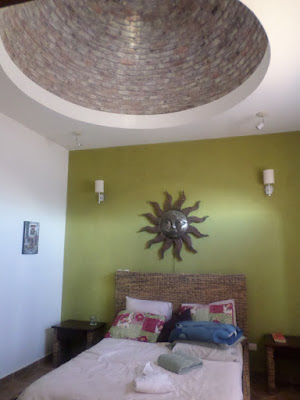 The master bedroom is stunning, but the bed is rock hard. 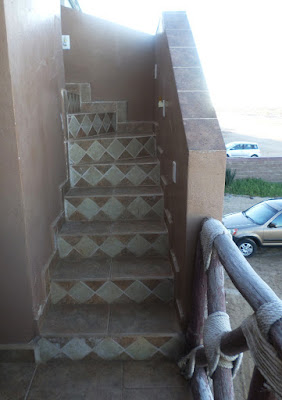 These are the twisty little stairs that lead to the rooftop patio. 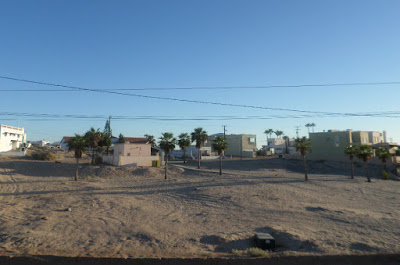 This is our view from the lower patio.  Behind those houses is the beach. After a trip to the mercado where we couldn't seem to find real coffee or beans (¿No frijoles?)  I took the kids (and Oscar, yes, dogs on the beach!) down to the beach at dusk 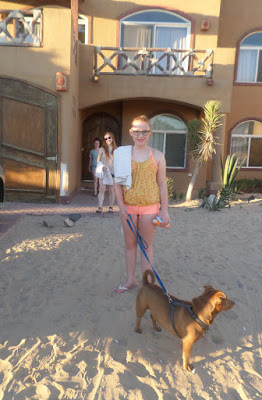 Heading out with the dog and the kids. 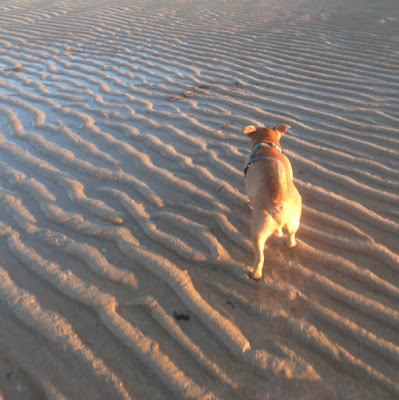 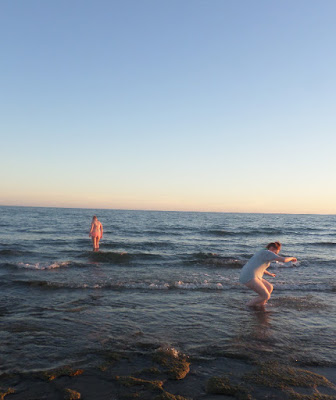 Naomi and Phoebe in the Sea of Cortez! 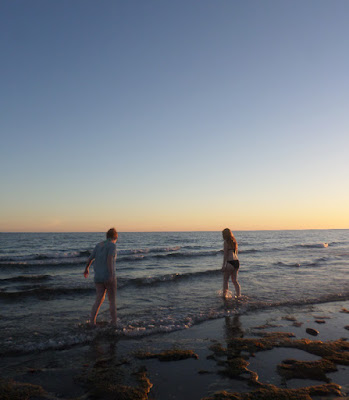 Chloe and Naomi testing the waves. 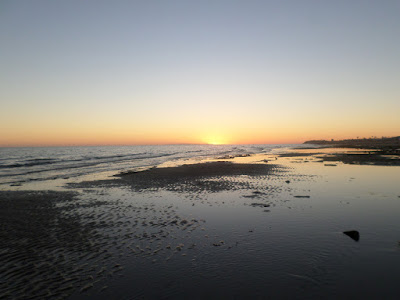