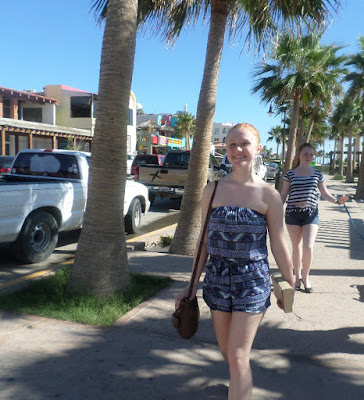 Like all good things our time in Mexico came to an end.  We did visit Old Port an few more times.


And we had many more adventures...  Mike and I went swimming at dusk when flock after flock of pelicans dipped and swooped in the water fishing all around us.  The girls found a sea lion while walking on the beach with Ethan and took a bunch of selfies with it (which I don't have, and yes, I'm upset they went so close to it!). One morning while walking Oscar on the beach we watched dolphins jumping in the surf. DOLPHINS!! 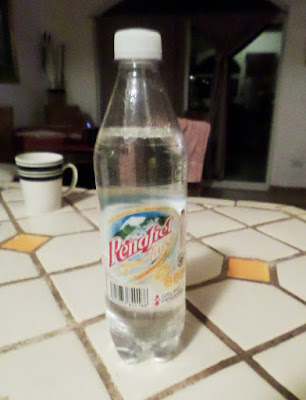 And what's the point of leaving the country if you don't have any moments of culture shock.  I purchased this beverage thinking it was sparkling water with a twist of orange.  Unfortunately it also had a bunch of salt in it.  Mike sipped it and started gagging, so I ran over and sipped some and started gagging, then Naomi ran over to see what the fuss was and sipped it, and well, you get the idea.  This stuff was nasty!!

We also ate out at a local restaurant that was very eager to please visiting Americans by reducing the spice so much in their food that it was rather bland.  Then they hovered nearby asking us over and over if we liked it (a little awkward). 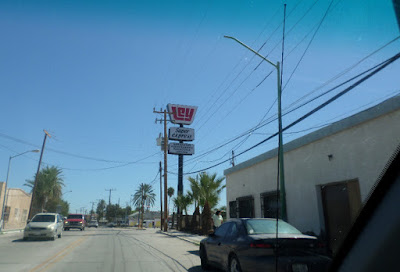 Anyway we finally left town.  This was our last goodbye to "Super Ley"(the super market with very little real coffee and a lot of salty beverages). 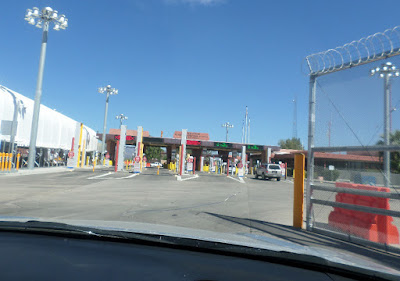 An hour later we reached the border. 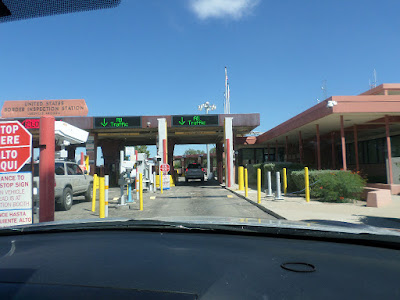 Customs going back was the same.  They glanced at our passports and the dog's health certificate and waved us through (just be sure to remember your passport, they'll let you in to Mexico without one, but US customs will delay you for a long time before they let you back in). 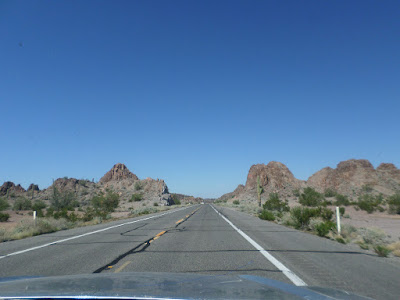 Then we were back in the desert and headed to Phoenix. 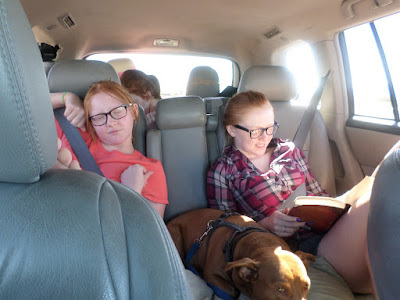 Eventually we were home again and our cat, Isabella was quite glad to see us. 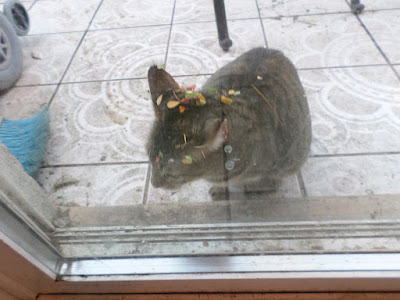