Yesterday was our first rainy day in Mexico, so we brought the kids over to C.E.D.O. (Centro Intercultural de Estudios de Desiertos y Océanos), which is five minutes from where we're staying. 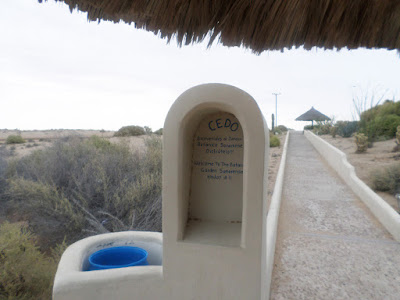 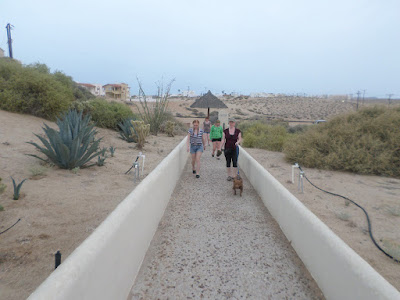 It was nice to be walking around without the sun cooking us. 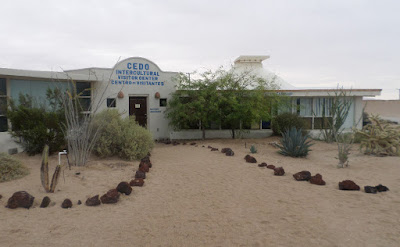 The Center was actually pretty small, but the lady who ran the nature tour made a big point of discussing how it was made of tires and found materials.  I guess it's ecologically very good to do. The nature talk was very informative and we learned about a lot of the animals the live in the region. We also learned about how this town started as a bar built by a gringo from Arizona during prohibition. Before that no one from Mexico wanted to live here, because, well it's the desert and there were cannibals nearby (just south of here). Cannibals that even the Spanish were afraid of and they built a road that goes around that region, because everyone's still afraid of those people! 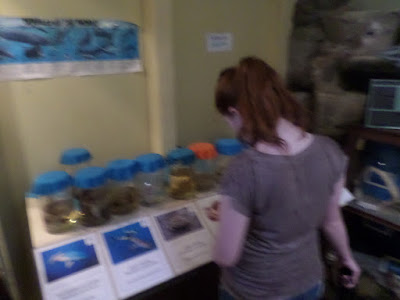 Inside the center we studied the animal specimens. 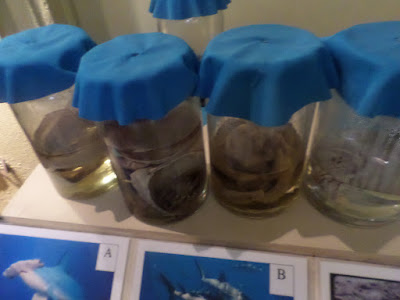 This one was an octopus. 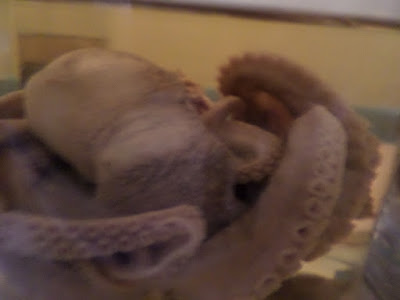 After the nature talk we went to look at the fin whale skeleton. 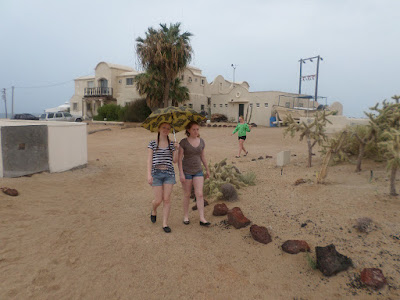 The girls walking on the path. 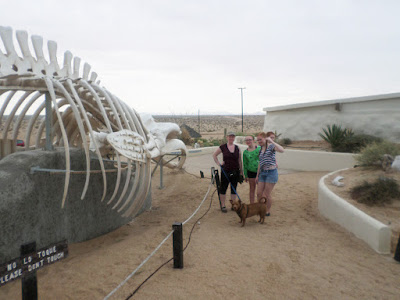 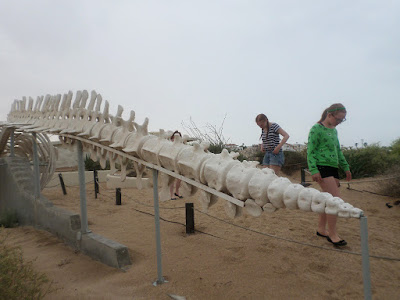 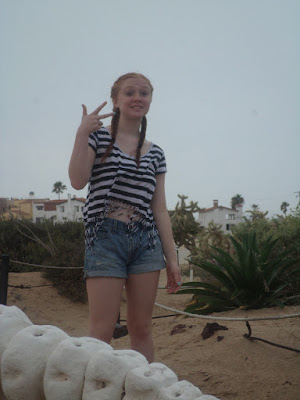 It was good to get out in the rain. The roads in this neighborhood are all dirt roads, however, in the rain they turn pretty muddy.  From here we thought we'd go into town but just outside of the gate we saw an SUV stuck in the mud and decided to turn back.  I know how awful it is to get stuck in the snow, but mud seemed even worse.

Since we arrived in Mexico every time we park our car (or even stop it), someone appears and starts cleaning the windows, and in one case the whole vehicle, then we scramble around looking for some pesos to give him (or her). It was somewhat annoying because I'd just paid to have the car cleaned inside and out before we left. 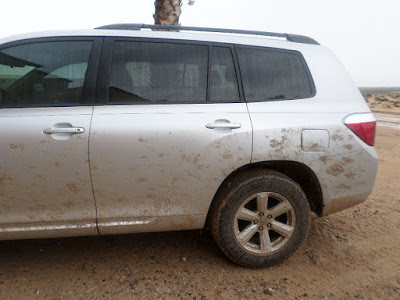 After our short drive around I was suddenly wishing someone would show up at our house and wipe it down. 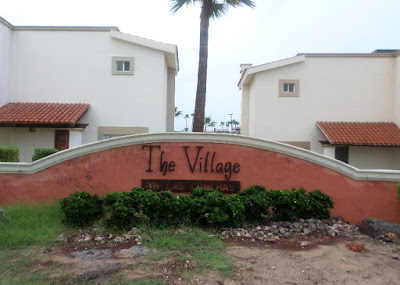 Afterwards I decided to take a walk around the community we were staying in.  This is the sign for "The Village en las Conchas". 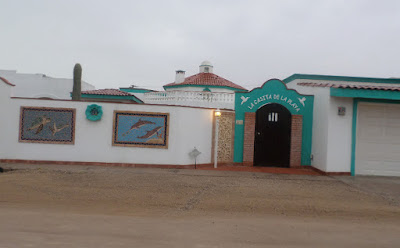 This is one of the many fancy houses. 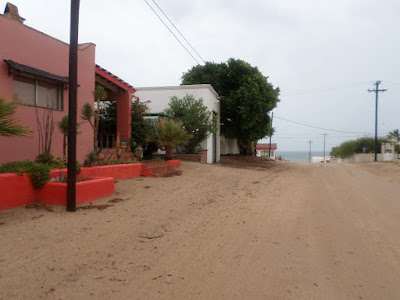 On the road to the beach.

The stop signs here say "Alto" which surprised me.  The one on the left is what I expected.  I think it's like the difference between "stop" and "halt" in English. 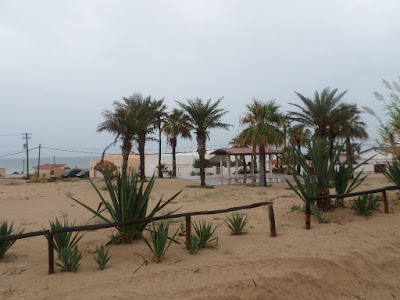 The little park near the beach. 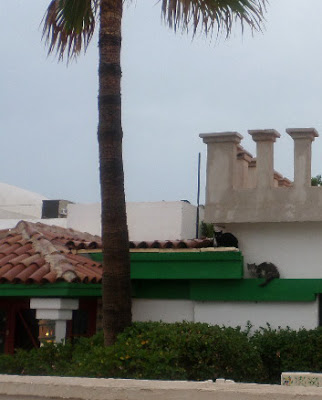 Two kitties hiding from the rain ( and possibly me and the dog). 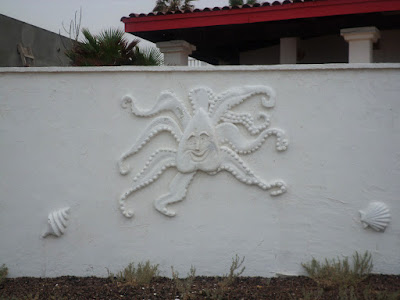 And another odd looking octopus!