The last couple of days we've been exploring Puerto Peñasco.  Yesterday we found the Cholla Mall or "Shacks Fifth Avenue" as visiting Americans call it.  Neither name tells you what it really is, which is the Artist District or artisan's market. 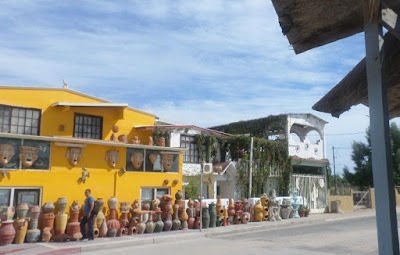 This is a pottery store with a huge selection of interesting works. 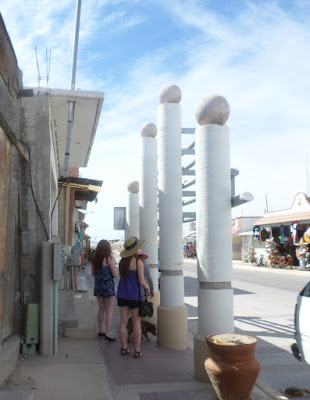 The kids on the street with Oscar, just looking around. 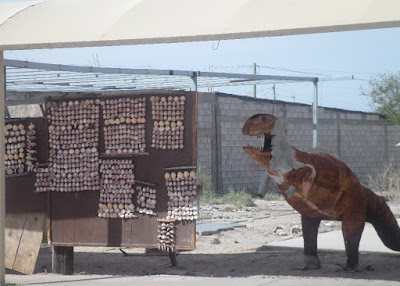 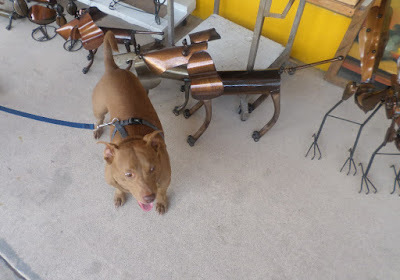 Oscar tried blending in with some copper dogs. 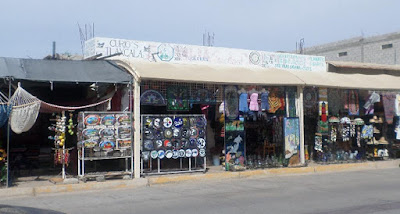 Some of the "shacks" on the sunny side of the street (yes, that means we didn't get any closer). 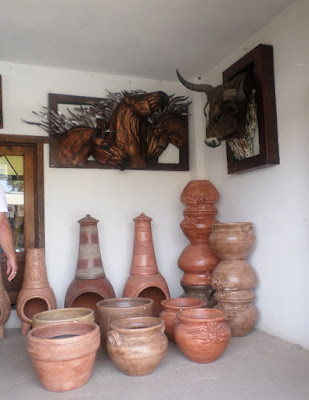 In the entry way to one of the larger galleries. 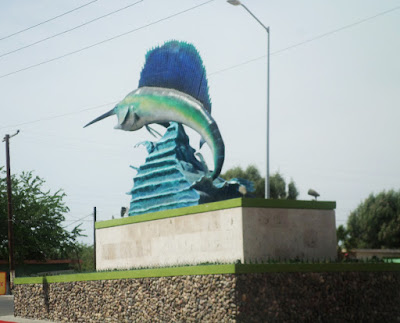 Driving around to find "Shacks Fifth Avenue" was a little on the epic side because we got lost.  On the way we past this nice looking statue of a marlin, among many other unusual statues including one of a shrimp.

Yesterday we also finally found the  Super Leys (a real supermarket) and managed to buy some actual coffee, some Mexican donuts and other things we couldn't find in the little mercado we shopped in at first.   Many of the same brands are in the supermarket here as in Argentina, so it all seemed pretty familiar.

The day before yesterday we headed over to Old Port. 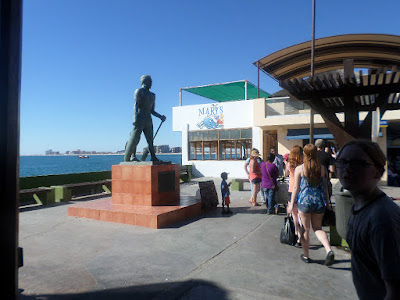 It's a tourist area with many, many vendors and even more statues! 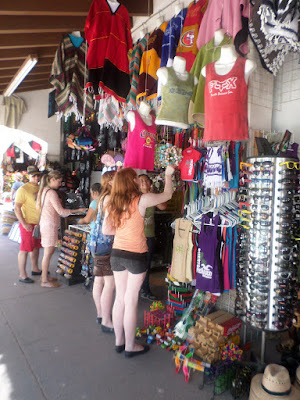 Right away we did some shopping. 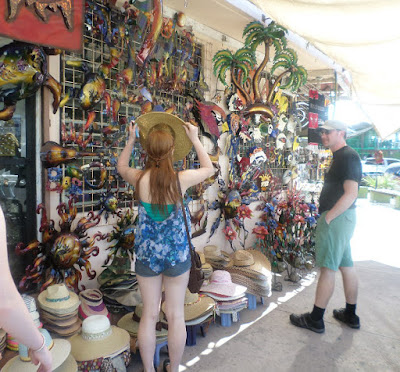 There was a wide selection of things but unlike the art market much of it was the standard trinkets and wears you'd find in any Mexican border town. 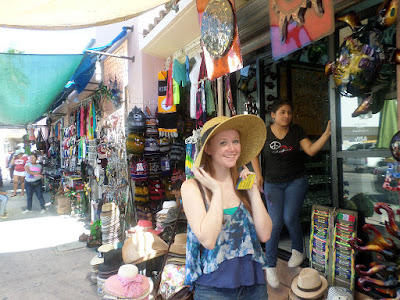 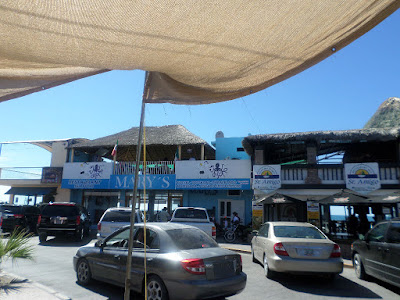 A view of the fish restaurant near the water.

They had a bizarre logo.  There are actually many strange images of octopi in this city (I'll post more soon). 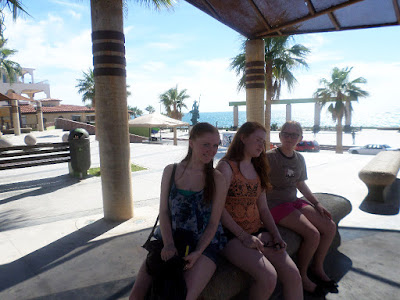 It's October and while it's cooler here than in Phoenix it's still in the desert so we got pretty hot walking around.  It wasn't long before we sought out some shade. 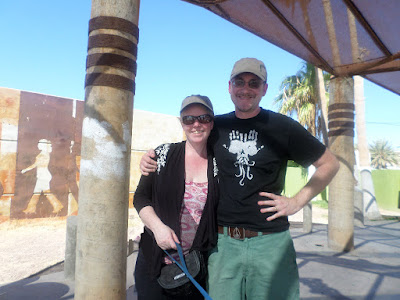 We used the time to take pictures of each other. 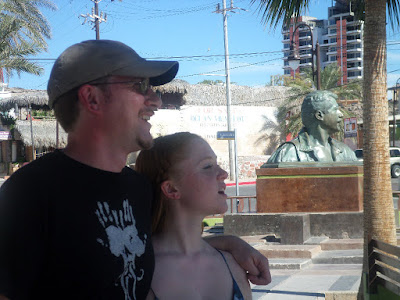 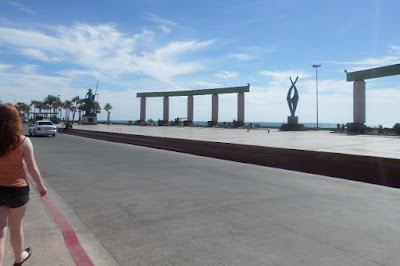 This is the famous Malecon Plaza of Puerto Peñasco near the waterfront. 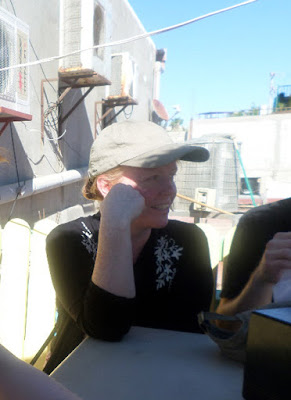 After so much walking about we stopped for some drinks in a rooftop restaurant. 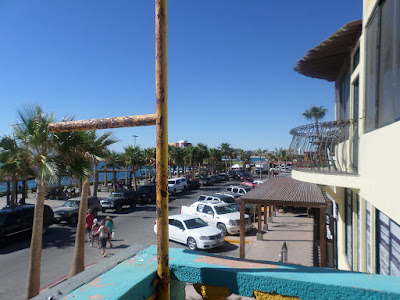 It had an excellent view of the street and the water. 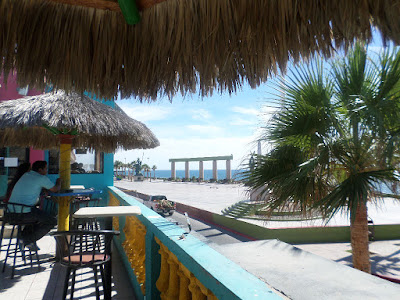 The waiter here spoke excellent English.  It was completely annoying.  Before I left for this trip, I spent three weeks going through lesson after lesson of Pimsleur's Spanish 2, so I'd be ready to speak some Spanish again, but the people here just give me a sympathetic smile and answer me in English. 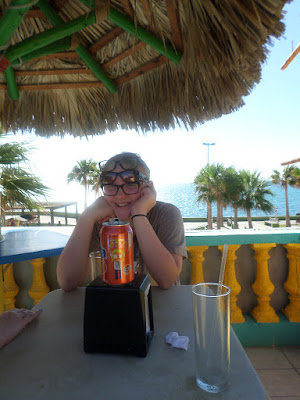 This morning we took some photos of the sunrise from the roof top patio ..... 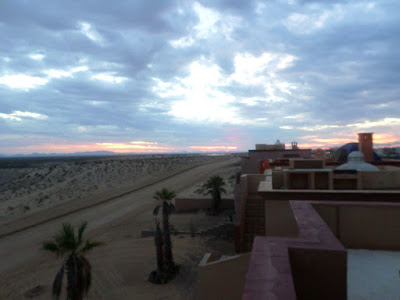 I can't believe how beautiful this place is! 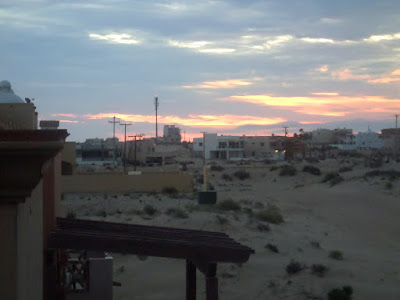