"Breakfast again. All we've been doing for three days is eating breakfast. Probably because it feels like one really long day"

This was Phoebe's sentiment at 5am this morning as she looked over the food we gathered in the Dublin Airport food court. She wasn't wrong, we started on Wednesday and here it was Friday, just traveling through one very, very, very long day.

We took our red eye flight to Boston on Wednesday and arrived at 7 am local time. With our largest suitcases checked through and our next flight 11 hours away, we grabbed a shuttle to the subway station and headed into the city.


We knew it would be grueling to catch a red eye to Boston and then a red eye to Dublin, so we booked ourselves a dayroom at a hotel in the city center, so those of us who can't sleep on planes had an hour or two of rest. 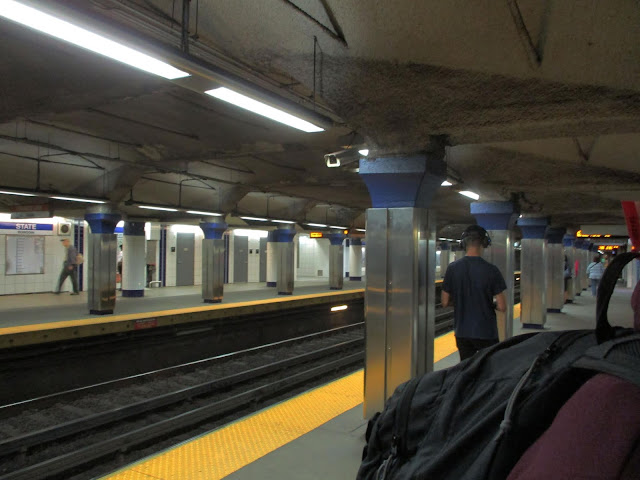 This part went incredibly well. Boston's subway is easy to use, and it's very much like a cleaner, less crowded New York City. 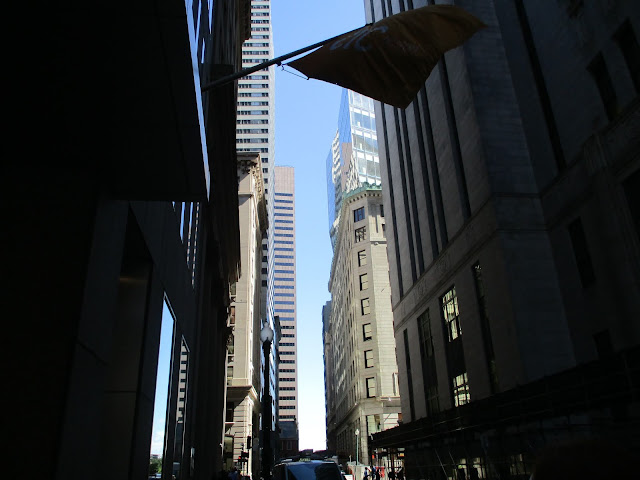 The hotel was easy to find and while we couldn't check in right away they took our remaining luggage while we went for breakfast nearby. 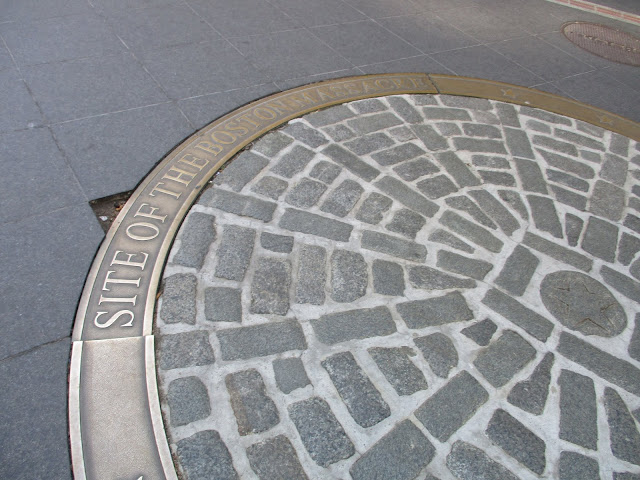 Right by the subway stop was the site of the Boston massacre. 2 blocks from there was the site of the lesser known strawberry massacre.

(Ok it was just a tragic and huge pile of beautiful strawberries in the street.... But, why?!!) 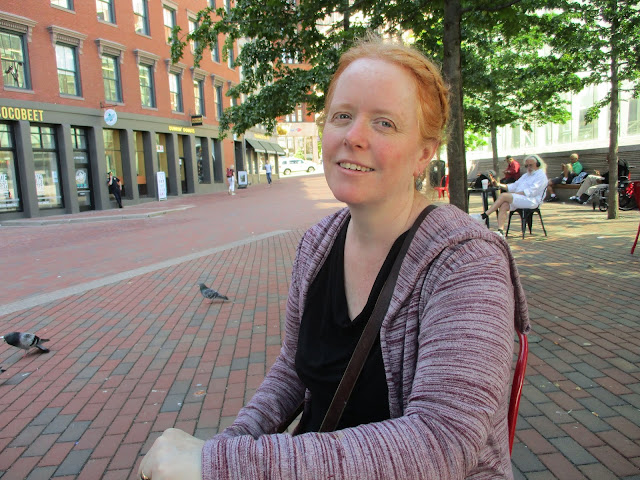 This is me, killing time at Boston Commons, because I'm one of the people that managed to sleep (for 3 hours) on that rickety and constantly shaking JetBlue flight we'd taken the night before! 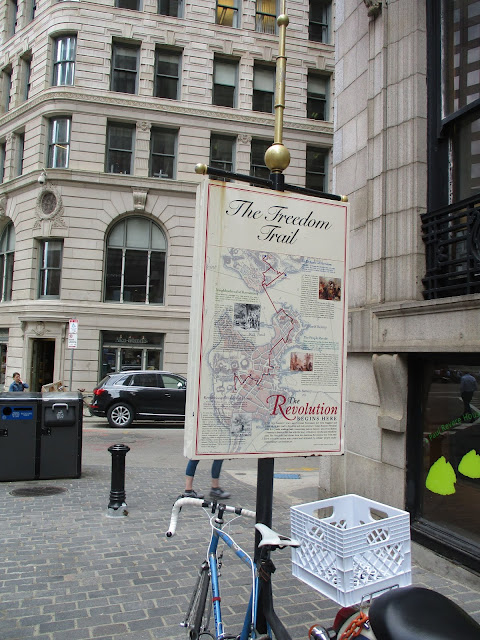 Apparently our hotel was next to the "Freedom Trail" which meant that people in Revolutionary War era outfits were wandering around a lot and some were giving tours (others, I'm not too sure). 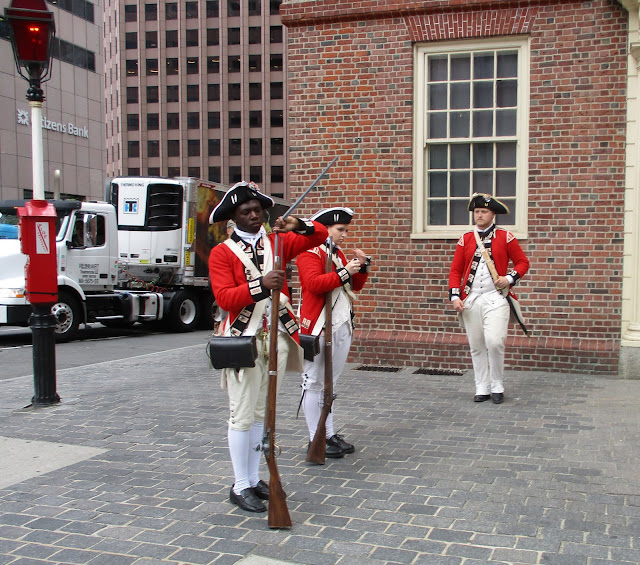 These soldiers were re-enacting something. No further questions please, as I have no idea what, but there was a lot of shouting involved.

Finally or maybe way too soon (it was really just a few hours), we were headed back to the airport to hustle through security and head off to our international flight to Ireland. This was our first time flying Aer Lingus, and I have to say it was quite a nice plane, with personal entertainment systems and pretty good food (still airline food, but not bad!). Unfortunately, sleeping was much harder, so by the time we landed in Dublin at 4:30 am local time we were all on about 4 hours sleep for 2 and a half days.

Aer Lingus was nice and efficient so we arrived 30 minutes early and it was six hours before we could check into our Airbnb in South Dublin (check in was at 10am)!! 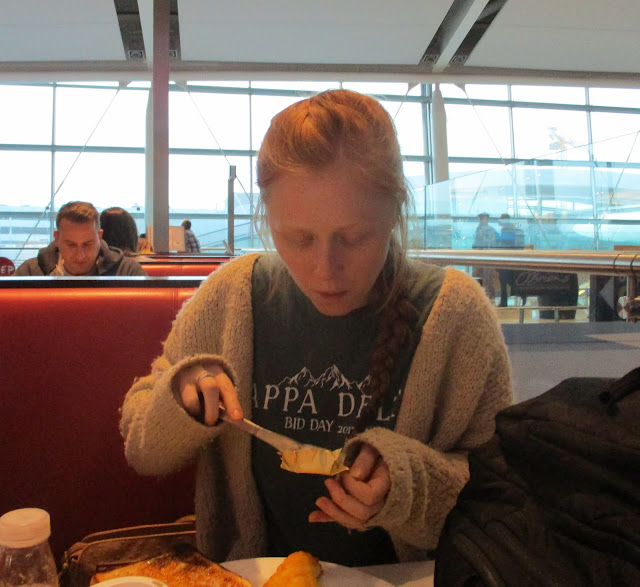 Here's Chloe eating more breakfast at Dublin airport, we also had breakfast on the plane. :)


Finally it was time to head into Dublin with our six suitcases (some are giant) and many backpacks. We went over to the Aircoach station and talked while we shivered in the rain to the bus driver and the ticket salesman about which bus stop will bring us closest to the apartment we rented. Without a working phone (we didn't get international service for ours), we couldn't google the directions they gave us so I was on pins and needles while the bus wound through the city giving us our first views of Dublin.

Finally it was our stop. We were the last ones still on except for a lone passenger in the back. As we piled off we checked with the bus driver to confirm our directions and he told us we were still a kilometer and a half away! So he let us get back on, reloaded our suitcases and was kind enough to drive us closer. I was floored. This would never happen in Phoenix. In fact, Phoenix bus drivers will kick you off if they decide you're a bit rude or you if you have a water bottle, or if they just feel like it.

Then he dropped us off, gave us some final directions and we headed up the street with our plethora of suitcases. People stopped over and over to check to see if we knew where we were going (which we didn't), so they'd give us more directions. We still took a wrong turn, but it was my own fault I got confused at a fork in the road. Even with the shortened distance it was still quite a hike with so, so many things, (also tempers were short with so little sleep.)

Finally we found our way here. I fell asleep first. Someone (Phoebe I think) figured out how to order pizza,  but fell asleep before it arrived. Mike woke me at some point and I ate some, and slept more. Now I'm the only one awake.


It's a lovely place here. Maybe while everyone gets some much needed rest I'll take a walk around.
Before I was so tired I couldn't care less where I was, but now it's sinking in... We're in Ireland! This is pretty amazing.
Email Post
Labels: Boston buses city buses Dublin international travel subway train travel travel