Life in the country, and visiting Carlow 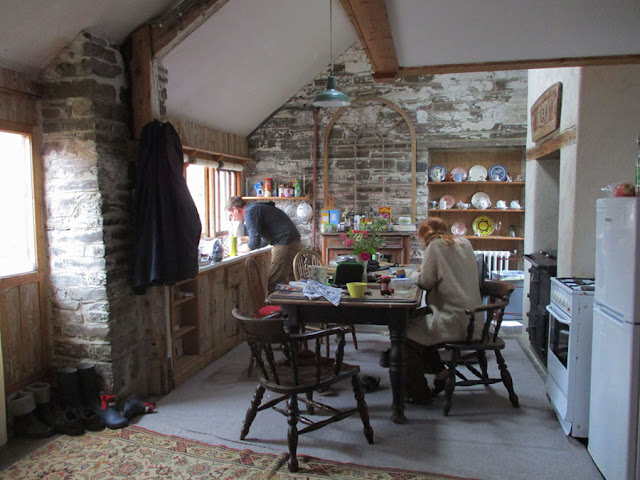 So our first couple of days here have been interesting. Naomi learned to build a fire in the stove and filled the cottage with smoke, and had an unfortunate encounter with a mouse in her room. We also learned to work our gas stove in the kitchen with only a small fire/incident (oops!) 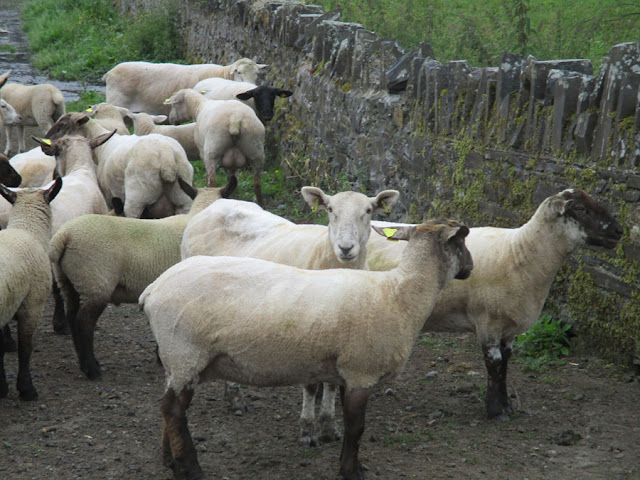 The sheep and chickens and geese  are all around us. Naomi had gotten some sardines to win over the barn cats and fed some to the chickens who now follow her everywhere. I once saw a chicken break into a full (and hilarious) run down the path when she spotted her. 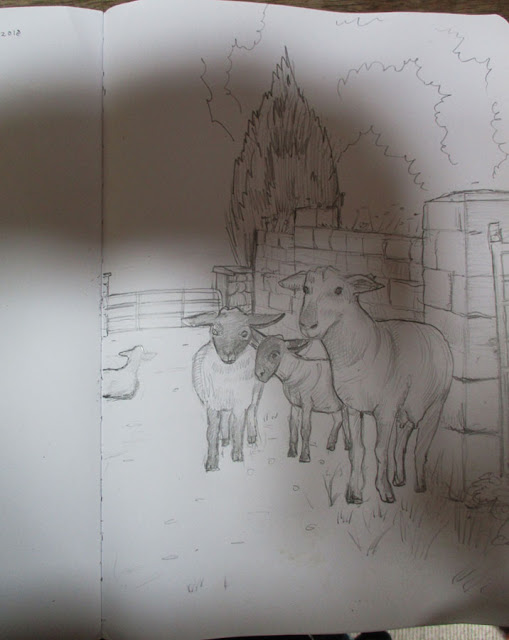 We did start drawing right away. Mike and I are drawing the castle and grounds and I'm working on a book project at the residency. 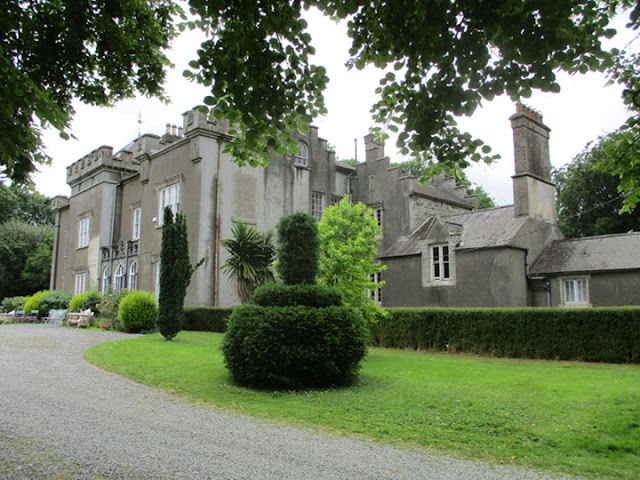 The castle has been a challenging subject to draw, but my project is based around it so I'm trying to get the hang of it.

Yesterday Elizabeth Cope, the artist that runs this residency brought us into Carlow for supplies and to look around. We stopped at the ruin of a church on the way in. 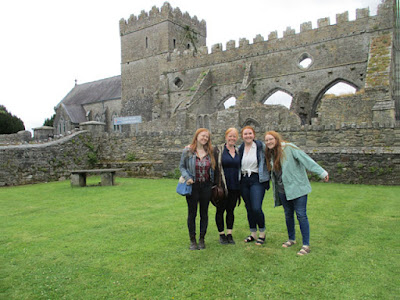 The girls and I out front. 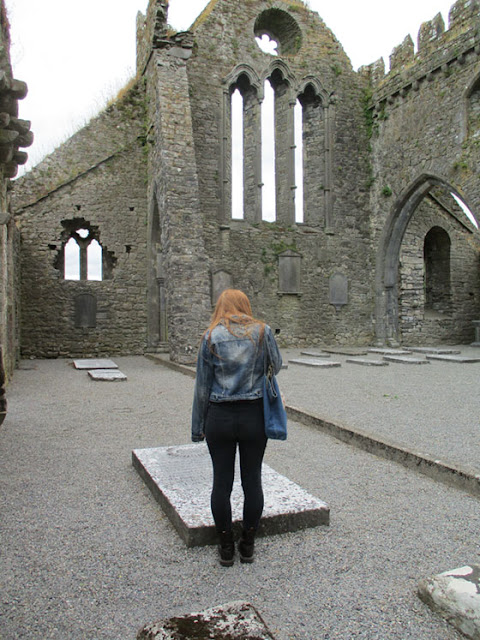 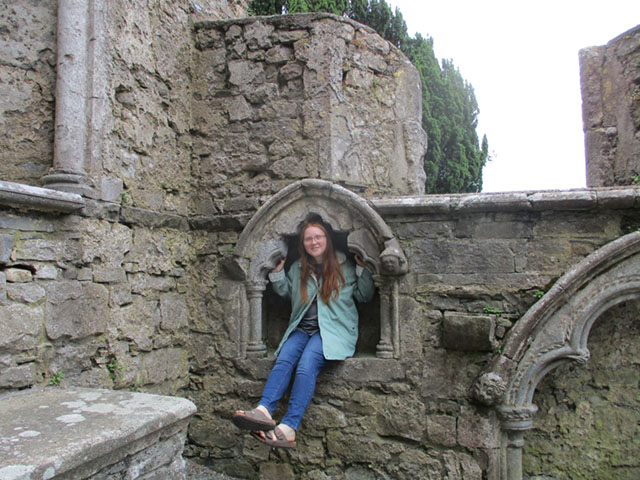 Naomi in a cubby. 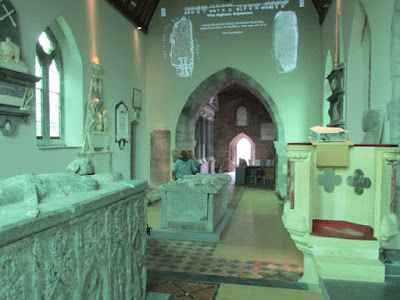 Inside the church there was a tour, but Elizabeth dropped us off and was swinging back around to pick us up so we didn't really catch the tour this time. 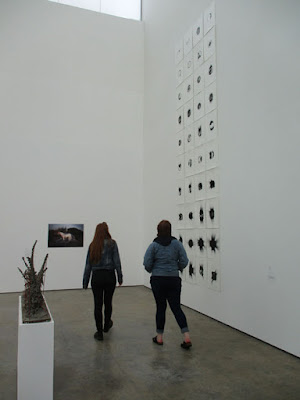 After stopping at the pharmacy, the "petrol" station (I love when they say that.) and a gallery that had some of Elizabeth's work up (should have taken photos!) She dropped us at the Contemporary Art Museum in Carlow. 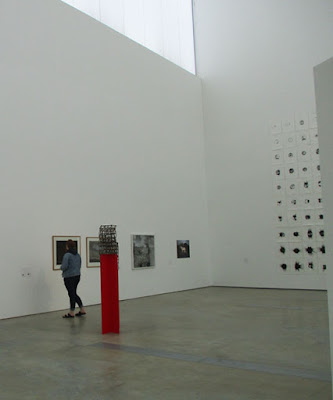 Like most museums they had some strange exhibits (such as the film of the obese, naked man scraping an ax along his arm), and some really interesting ones, like this one about bees... 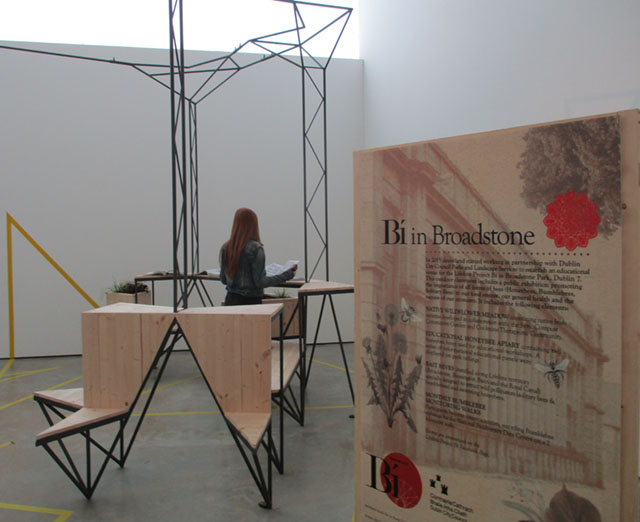 It's an initiative to set up boxes for struggling bees to form hives in when they swarm. 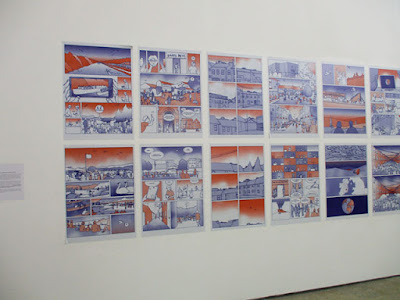 This is a comic that explains it all.


Anyway today it's back to drawing and exploring, and sorting out my book project. Also the Coach house Cafe will be open (the one that was featured on Irish television). It's interesting that all the people we've met here at the castle are local reality TV stars.

At this moment a group of 40 refugees are here touring the grounds and having tea in the castle, there are chickens at our door looking for Naomi and I think I'm off to draw and finally get started today!