Today my kids had an "Earthquake Drill" at school. I guess they have to do this in a shaky place like California. We picked them up and both Mike and I say at the same time;
"Oh, so what'd you do, practice running around screaming?"
*That brought on a fit of the giggles! *
Apparently they did something perfectly logical like hide under their desks. I don't get it.... What are these desks made of that they can protect from earthquakes and nuclear bombs? Why does everyone have at least two TVs, countless cellphones, but no one has a "magic desk" in their home? Well I'll have to add it to my Christmas list... 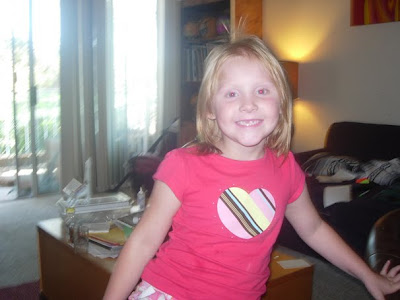 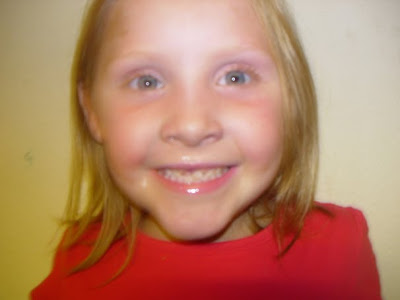 Here's some pictures of Naomi with her new gap tooth smile!
She lost her front tooth while eating a peanut butter sandwich, yesterday. Then she carefully placed it on a napkin, which got tossed out along with the mess left by lunch. So, like last time, I found myself writing a note of explanation to the imaginary tooth collector. In this case "The Tooth Fairy" (last time "Raton de Peidras" or "The Tooth Mouse" of Argentina).
Later that evening she got in a tussle with Phoebe and tried to bite her foot... Now her other front tooth is "hanging on by a thread"... 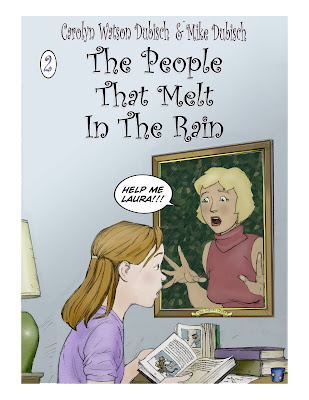 Some good news too. Issue #2 of "The People That Melt in The Rain" is now available as an e-book from Abigail Books at

Issue 2 of "The People That Melt in The Rain

Hasta luego from under my desk!
Email Post
Labels: back to school desk drill earthquake ebook The People that Melt in The Rain tooth fairy tooth mouse

Anonymous said…
Hi - and greetings from another place at the bottom of the world. First time visitor, just thought I'd say hello.