Cat on a Cactus 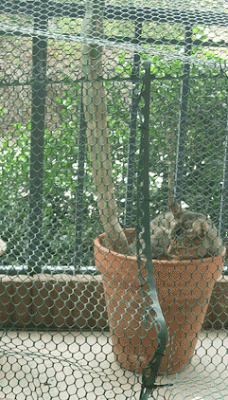 Here she is, Izzy, my cat doing anything for attention now that we pen her in all day. We only let her out at night, because if she's seen in the common area here in the housing complex they will fine us $50.00. (The place is crawling with possoms, which look WAY too much like rats, but apparently no one wants to see an offensive cat walking around.)

Today is Columbus Day and my kids have school. It's a holiday in New York and Argentina, but here in California, only the post office cares. I was really hoping for an extra day to sleep in, but I guess they have a point, Columbus never made it to North America (or South America), I believe he found Central America later in life, but mostly he gets credit for Haiti and the Dominican Republic. Of course for some reason he thought he was in India.... hmmmm. Still I like three day weekends.