The train to Tetouan 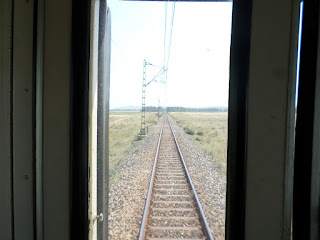 Our time in Casablanca was very short, but we needed to move on and get to Tétouan in the north as my artist residency starts with orientation on Monday. So this morning we were up surprisingly early and quickly got ready to race to the train.

Getting out of the apartment was a bit tricky. We managed to return the keys and get our ridiculous amount of luggage down the street to the boulevard.  Almost instantly upon standing there with our bags we had a red "petite taxi" parked next to us, as I was asking the driver about the train in my High School French (very crappy), another taxi pulled up. Suddenly we negotiated a price our luggage disappeared into the 2 cabs and we were on our way. After some fumbling we managed to buy some train/bus tickets to Tétouan. First we take the train for just over 3 hours, then transfer to the bus. 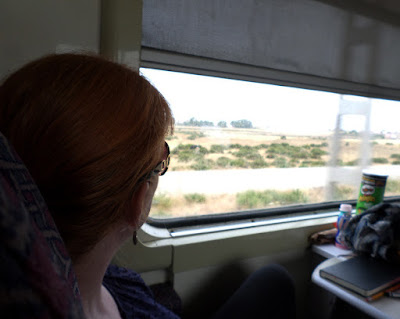 It took us a bit to get our bearings in the train station, but soon enough we found track #8 and boarded our cabin. 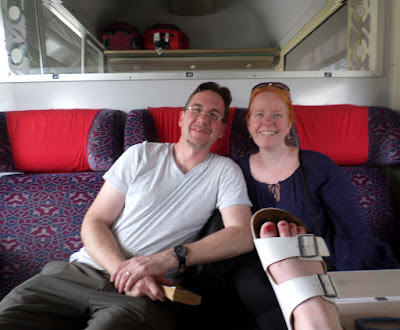 The girls started complaining that all I ever do is post pictures of them so I told them to take our picture for once. :) 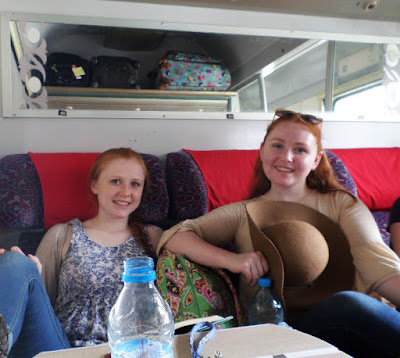 Phoebe and Chloe putting up with a photo. 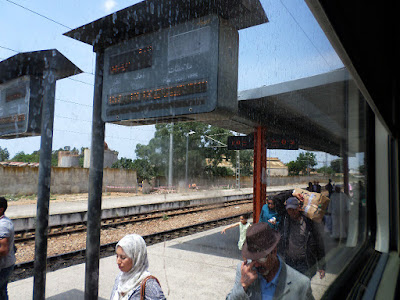 One of many stops during our over 3 hour train ride. 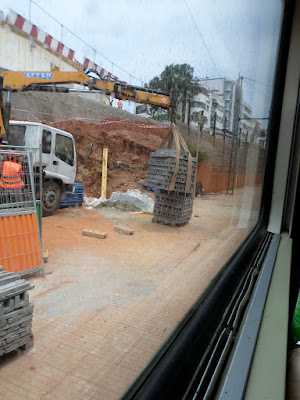 Construction by the tracks outside of Rabat. 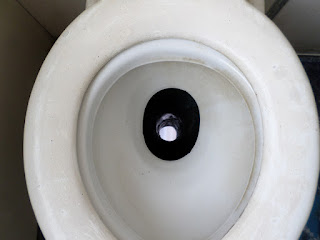 This is the toilet onboard in first class. As you can see there is a light at the bottom. That light is the outside and when you "go" you are actually peeing (or other) on the tracks at high speed!

I have other photos from the train as we sped our way north, but the train was going fast and they are pretty blurry. As the Atlantic came into view, we reached Asilah and we needed to get off and hop on the bus... No easy feat with 10 bags, some of which are pretty huge. 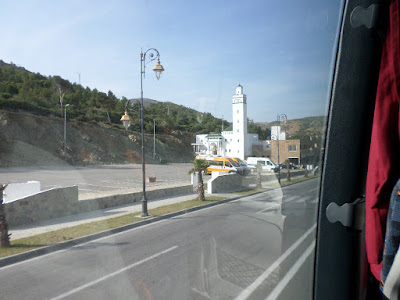 As we wound our way into the mountains on the bus we passed this mosque. 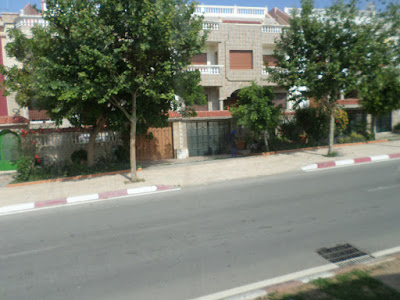 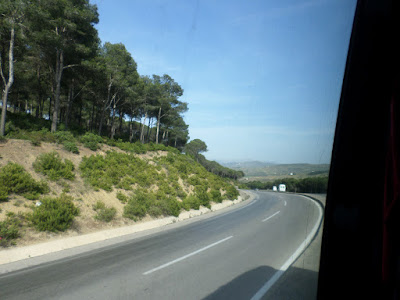 The Rif Mountains were looking prettier by the second. We also passed about a hundred cows, donkeys, sheep and goats.
Before we knew it we were in Tétouan and being dropped off on the side of the road, not a station. I tried to call the owner of the riad we were renting who was picking us up, but my hours of French failed me on the phone. A man in the kiosk by the pay phone took over and helped Amed find us on the busy street. In fact it was so busy he couldn't stop in the street. He just drove right up to us on the sidewalk. People jumped out of the way without a thought.

He drove us through the city, parked outside the medina, and handed out our suitcases, then at a mad pace set into the crowded medina as we struggled to  follow in a line to the riad. It was madness trying to keep up through the market with the people and shops everywhere. 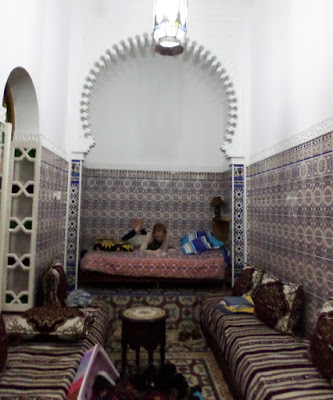 Here's Chloe writing in her room for the month. 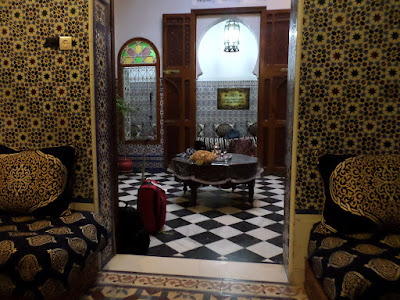 This is the view of the hall from Phoebe's room. 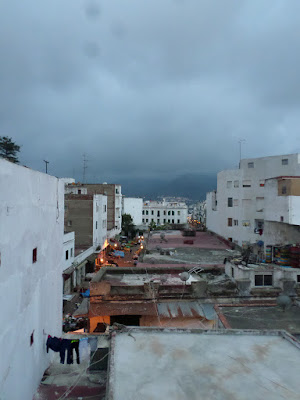 This evening when the call to prayer echoed again through this city, I went to the roof to take photos at sunset. 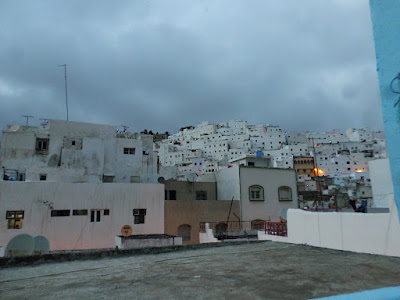 The roof is actually my favorite place. It's breezy and you can see and smell the city and feel the ocean breezes but you're outside of it all. 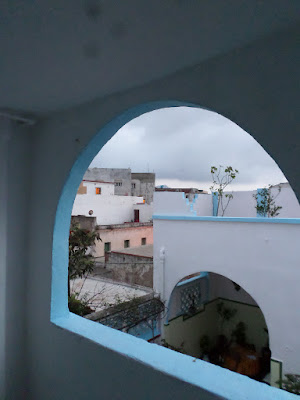 Anyway, we are here and the adventure of our month in Tétouan has truly begun!