This week started with our wedding anniversary.  My daughter, Phoebe, made us a chocolate espresso mousse cake (twice... the first one collapsed). 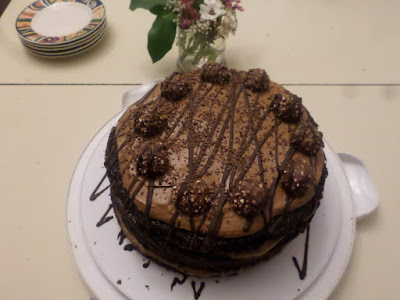 In the end it was awesome... And meant we had a frightening amount of chocolate cake in the house!

Then Tuesday afternoon we learned that Russ Dubisch, my father-in law had suffered a fatal heart attack.

He was a genius. He worked at NASA in the space program, and was a physics professor at Sienna College for years and years. Then came the brain eating monster we call Alzheimers.... Watching him leave piece by piece has been terrible. He is missed.
Email Post
Labels: anniversary cake death father grandparent loss NASA Russ Dubisch