On Monday was our 18th wedding anniversary so we spent an afternoon exploring the San Diego Botanical Gardens in Encititas. 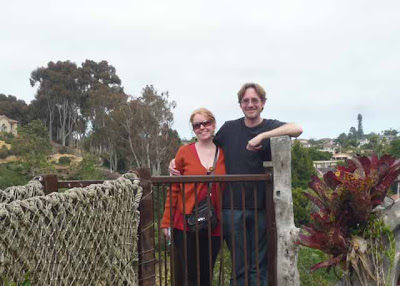 Upon arrival we balked at the entry fees as nothing was mentioned on their website. Mike went ahead and complained (just because it's annoying) and they gave us an amazing discount. I guess it's that squeaky wheel thing! 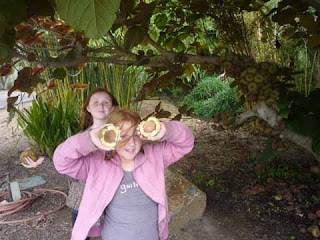 The girls found some strange inedible fruit right away! 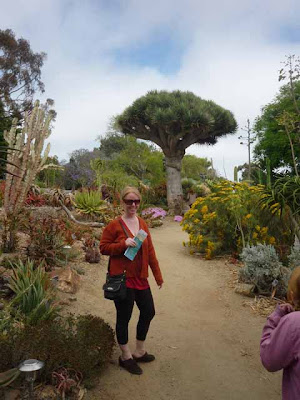 Checking out the trees from the Canary Islands. 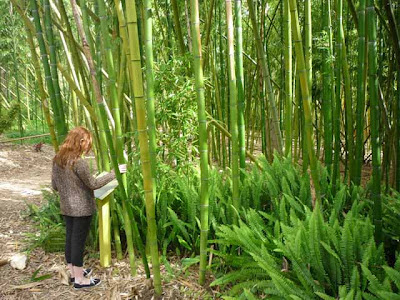 Phoebe in the bamboo forest. 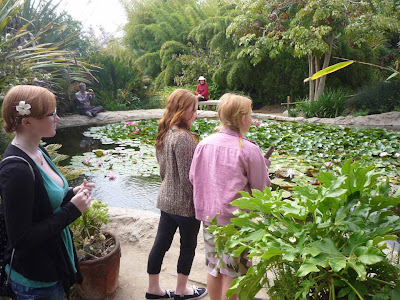 Around each corner was more to discover. 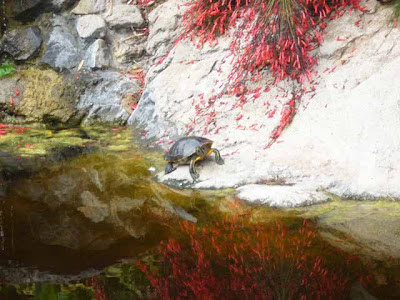 This guy was watching us. 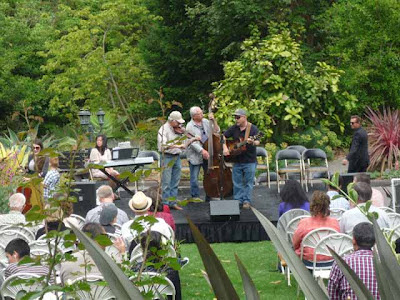 Just past the gift shop a classical music concert was in progress. 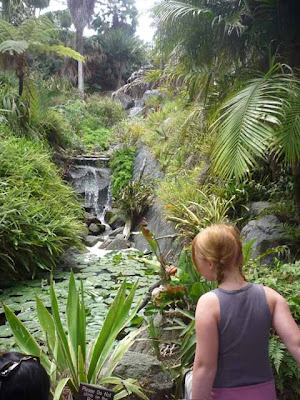 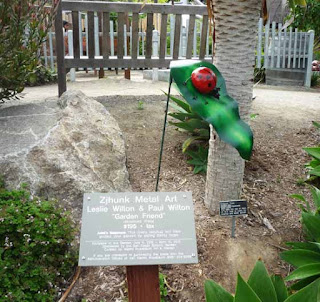 Throughout the park statues and sculptures were on display. 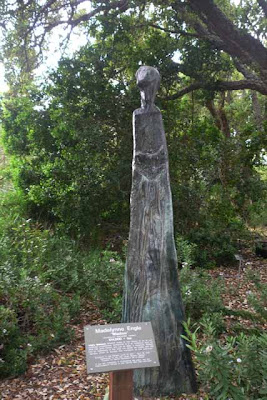 This one was tribal. 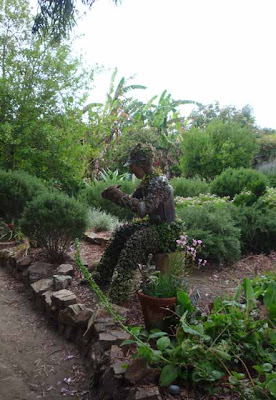 Others were nearly part of the garden itself. 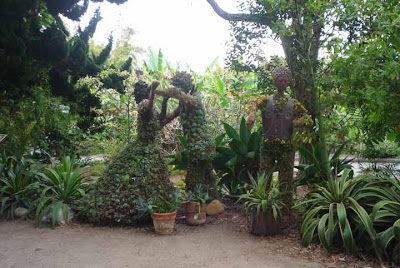 They were very inspired. 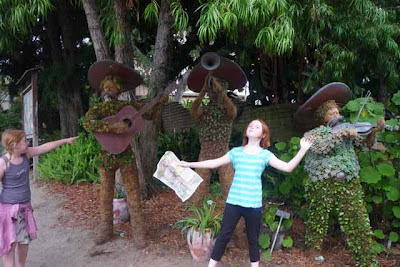 They certainly inspired the kids! 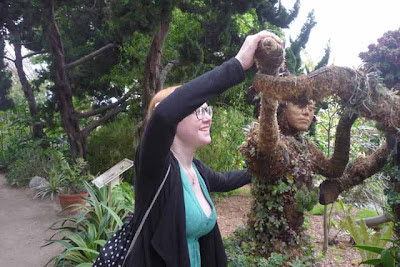 Chloe and Phoebe wanted to dance with them. 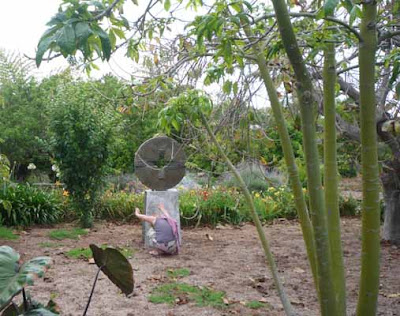 Naomi decided to worship them.  I guess she's just drawn to worshiping idols. 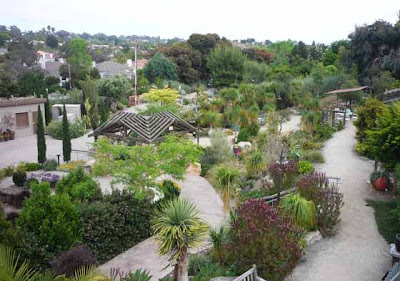 The children's garden had so much to do! 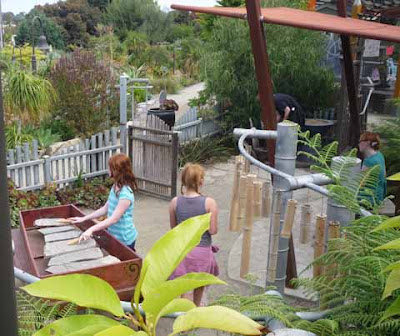 They had instruments inspired by the Flintstones and games and a tree house! 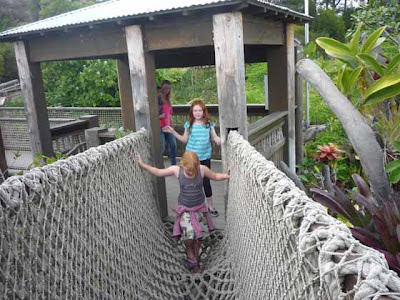 It was a great place to explore. 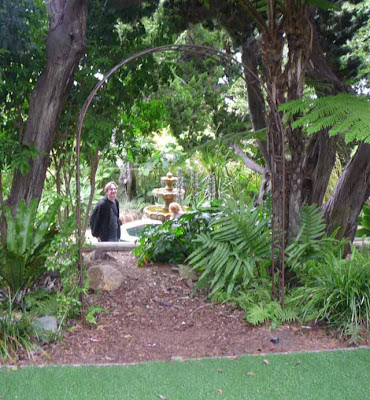 And an excellent day out!

Now's the part where I post a photo of Mike and I on our wedding day, looking ridiculously young and glamorous, standing in a rose garden on Long Island (yes I have photos like this but I hate the stupid hair do I had that day so I hide those photos away.)  Then I'm supposed to say how 18 years have passed in the blink of an eye, but it hasn't.  It's been a journey filled with smaller journeys in between and I'm so lucky to have had him with me on this crazy ride!

Anonymous said…
Great pictures! Looks like you guys had a great time! Oh, and congrats on the anniversary.

I'd love to feature this on our San Diego-based site. Email me for details!