As the monkeys scream

Yesterday we rolled out of bed and headed to the zoo to watch Chloe's graduation from Middle School (yes, I said the zoo!).  Her class gathered outside of the Wegford Bowl at the San Diego Zoo in preparation, as hundreds of people arrived. 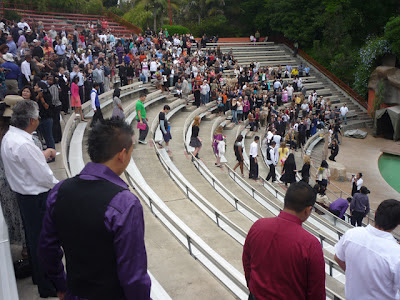 Here are the kids processing in to their reserved seats down front. 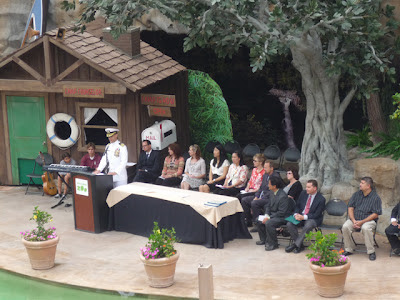 It began with welcomes from about 15 different students speaking each in a different language, from Hungarian to French to Hawaiian.  The kids spoke really well, but most of them had lived in or were from the country they represented linguistically.  (Now that's an International Baccalaureate school for you!). Then as the monkeys screamed and howled in the background we listened to the keynote address. 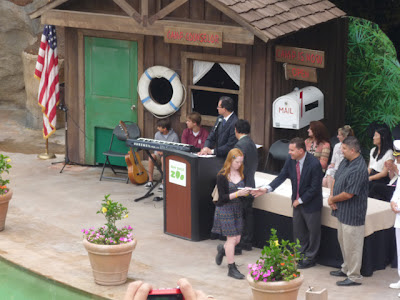 Chloe was one of the first kids to get onstage for her promotion certificate.  As you can see she wore her combat boots.  :) While the list of graduating students was read off this flock of parrots circled above, and squawked  loudly. 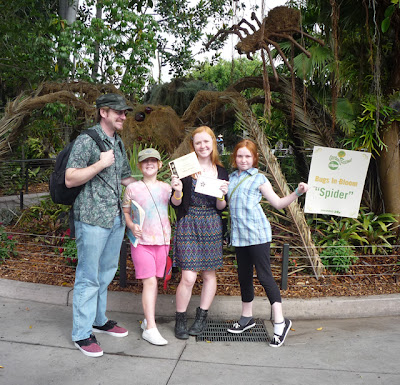 Chloe posed by the spider sculpture with her promotion certificate and her honor roll award. 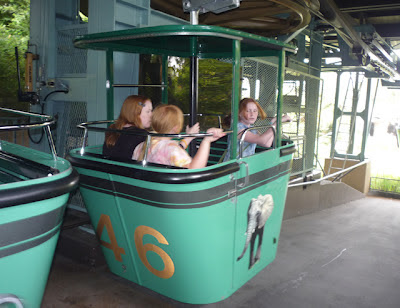 When the ceremony ended we used our complimentary passes to revisit this amazing zoo. Of course I just had to add more pictures of the kids in a gondola to this blog. 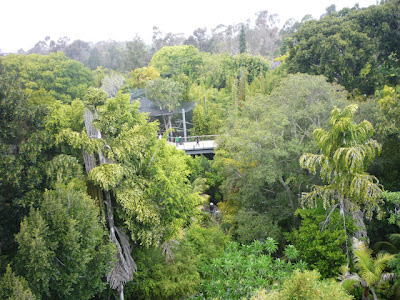 From our "Skyfari Car" we saw the zoo from above. 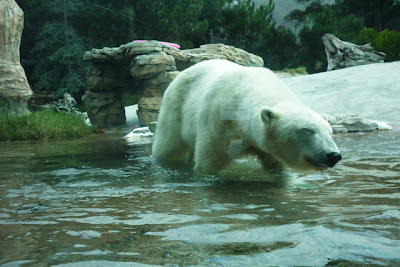 These polar bears seemed really content and loving the water. 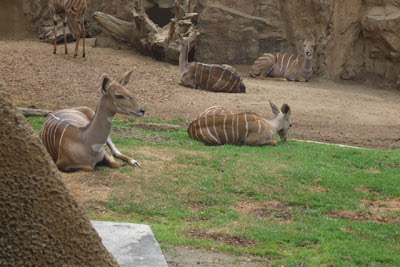 This is a gazelle or some kind of deer from Africa.  I always get mixed up later when going through pictures, but it's not a zebra. (That was helpful right? It's also not a dog. ) 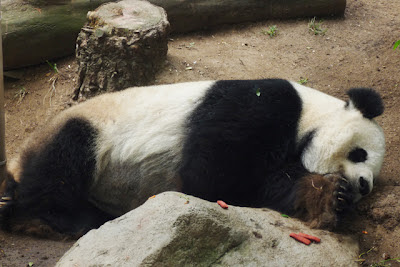 This one I know. It's a panda, A very sleepy panda. 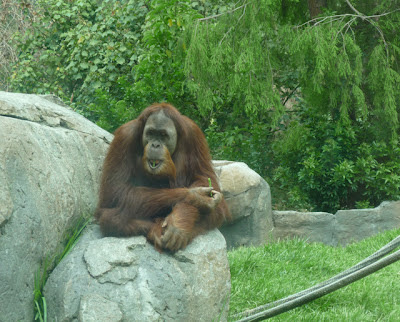 This guy was awesome.  The Orangutan.   The zoo educator told me how scary smart they are.  Scientists came to study some on an island and rowed their boat to the shore.  They tied it up and left it for several minutes, when three orangutans hopped in and rowed away in it. 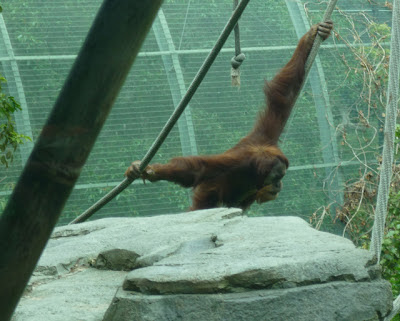 Silly orangutans, boats are for people. :)