Painting in the wind

Today was rain and wind... lots of wind.  We're painting the backdrops under a covered patio area near two buildings so it was a wind tunnel today. Which was intense but got even more intense when the roof started leaking!

Phoebe and Chloe helped me after school and Phoebe went about and took pictures... 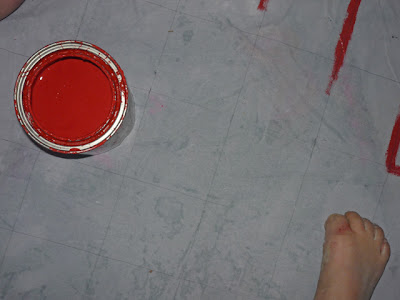 Our progress was pretty steady.  The girls painted red. 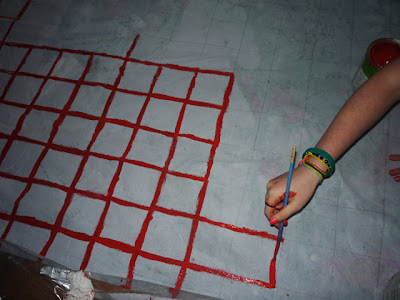 Chloe was determined to finish the tiles on backdrop number 2, even though she was only wearing shorts and a t-shirt (thirteen year olds are crazy-it was freezing with out there).  She did it though. 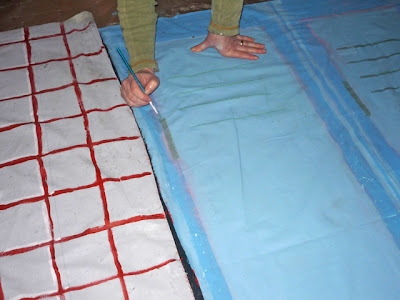 I continued my work on backdrop number 1.  I'm painting in the lockers here. 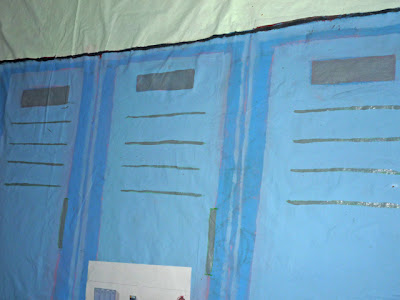 Slowly this backdrop was coming together. 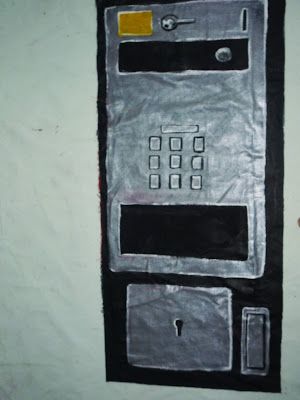 This one has a payphone painted on it.  We're actually attaching a receiver to it and one of the nuns answers the" phone" during the play. Anyway this backdrop was completed when we left. One down two to go!
On Tuesday Naomi slammed her finger in our front door.  She cried a lot and her finger swelled up (a bit like a lollipop), but she calmed down and even though the nail was bruised she slept through the night. She seemed much better yesterday so we didn't go to the clinic.
When she came home from school she changed her band aid herself and put it on too tight.  Then she complained all evening, but we gave her ibuprofen and she went to bed.... Until 2am.  When she woke up hysterical.  I stayed up with her removed her bandage and got her back to sleep.  Now it's 5am and I'm still up.  No point in going to bed now though, my alarm goes off at 5:30.   Happy Thursday!
Email Post
Labels: backdrop injured finger Looking Glass Theatre Nunsense painting phone sets