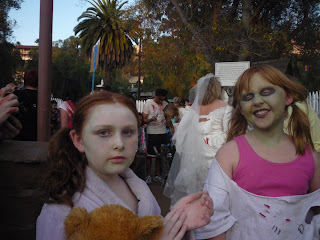 On Saturday night Phoebe and Naomi and I decided to join a zombie hoard making it's way through Old Town. 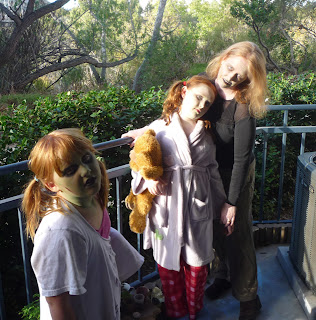 First we had to look the part.  Still feeling pretty sick myself, I definitely felt the part. 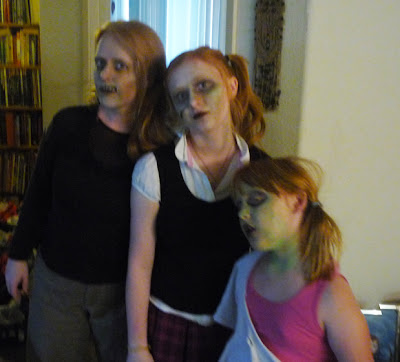 Chloe also dressed as a zombie girl scout.  She was going to be a guide at a haunted house built by her youth group. 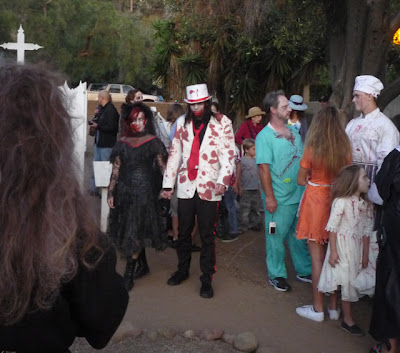 The zombies gathered in the graveyard as we prepared for our walk. 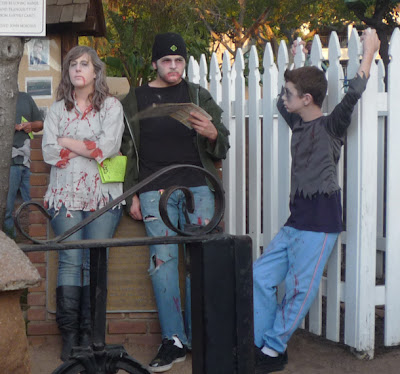 This zombie family waits as we are given instructions.  No blocking traffic, no using weapons (some people showed up as zombie hunters- the shotguns were disconcerting. ) 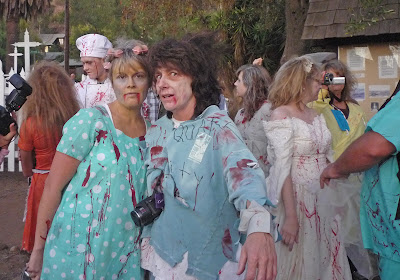 Mostly, though it was a good crowd. 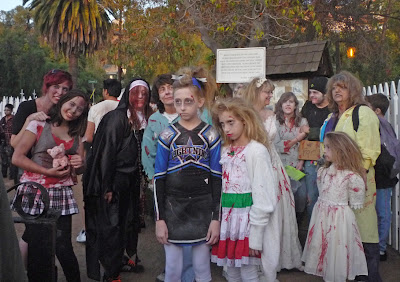 They had shops along the way that gave out "Zombie Treats" (mostly candy for the kids). 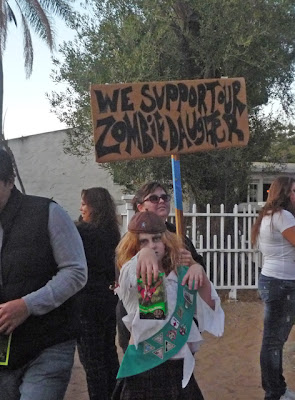 And people along the walk had agreed to be "victims".  They would scream "AHHHH ZOMBIES!" and we could "attack them". 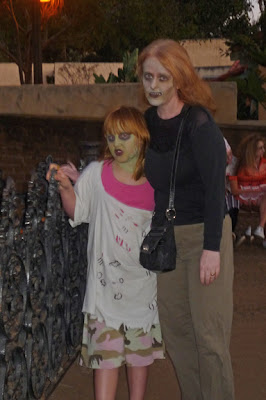 Naomi and I in the graveyard. 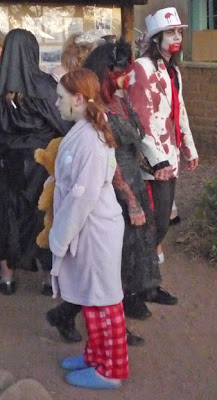 Phoebe mingles with the other zombies. 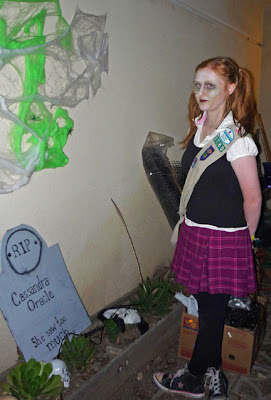 Chloe was also a very spooky guide at the haunted house which came out great!