Renting a house in Mexico 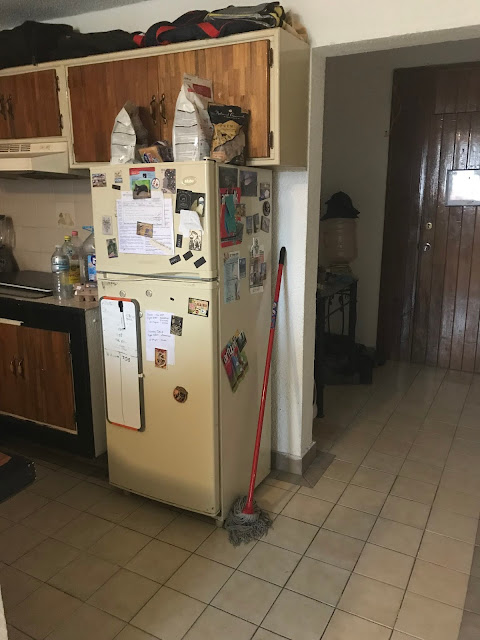 We have been staying in the most inadequate place for months now.  When we finally got here for our 3 month booking I was stunned to realize that I'd booked a one bedroom apartment for me, Mike, Naomi, our dog Oscar, and the cat (the listing said sleeps 7!!). After our cat tragically passed we found ourselves in a tiny place with all of us and 2 kittens that like to play with sleeping people, each other and generally run amok. The fridge in this photo stopped functioning about 3 weeks ago and all our food went bad. The freezer is working at minimal capacity so it works as a fridge. 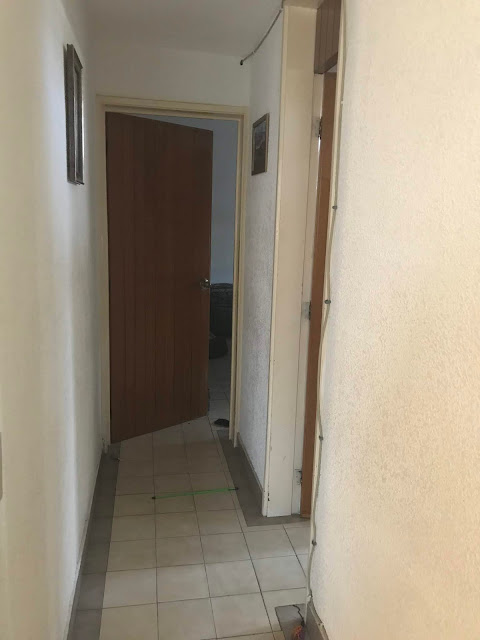 Anyone who's known Mike and I long enough might remember our apartment in NYC (a crowded one room studio with bathrooms down the hall.) When I say it's been a bit worse than the apartment in midtown you know it's bad. At least we decorated that place ourselves. 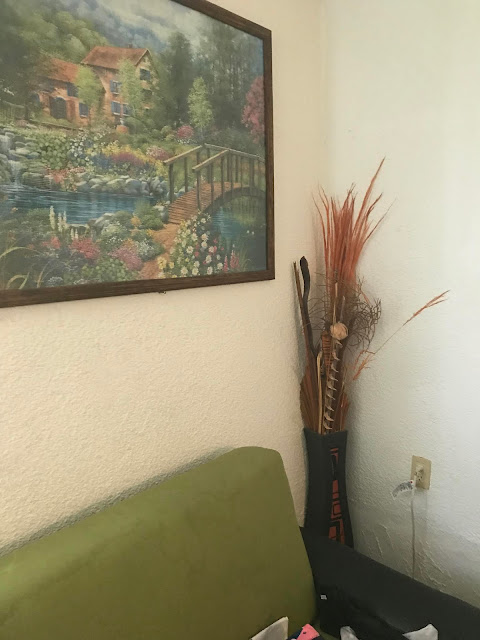 As you can see this place is decorated with glued together puzzles that on close inspection have a few pieces mixed up and placed in the wrong spots. So in conclusion we are ecstatic that we are finally moving!! In two short weeks we'll be out of here! 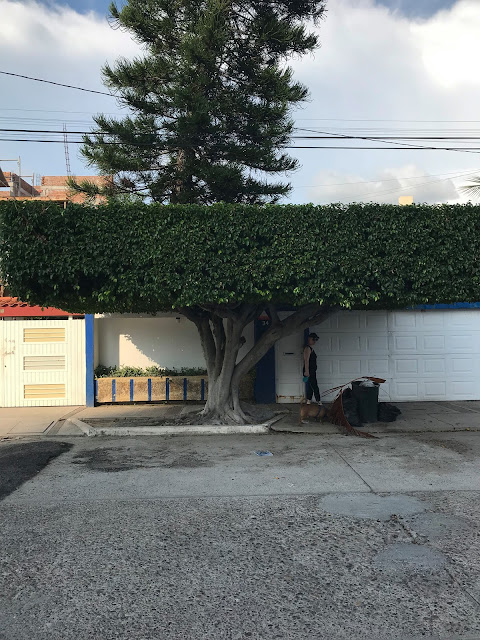 Oddly enough when we first arrived Mike took this photo of me under a square tree, in front of the  house, and I even used it as a profile picture on Facebook! The fact that we have now rented this house is astonishing.

Anyway some people have asked how we found a place here and so far this was the process. We joined Facebook groups for the city. Some are specifically rental groups, others are for travelers and expats. We put the word out to everyone we met that we were looking and in a matter of days we began seeing different houses around the city. The person who showed us this house was actually connected to the Mazatlán Animal Rescue where we adopted our kittens.  We put in an offer on what we could pay and spent a week negotiating. We settled on $15,000 MXN a month ($776) and it includes wifi. It's a block from the beach has 2 floors with 3 bedrooms and a spare room, a hot tub with a waterfall and a mango tree and a guava tree in the back (Can you tell I'm excited?).

We don't have a credit history in this country. This is how it is in a country you just show up in, they are unable to screen you very well. So more money must be put down to secure a place, also the women who brought us the kittens vouched for us, which has helped tremendously. Then we started getting pesos from the ATM. Everyday we go, because there are limits on what we can withdraw. We paid the deposit and will pay 2 more months rent in the coming weeks, in cash. There is a receipt and a contract and we are leasing the place for a year. 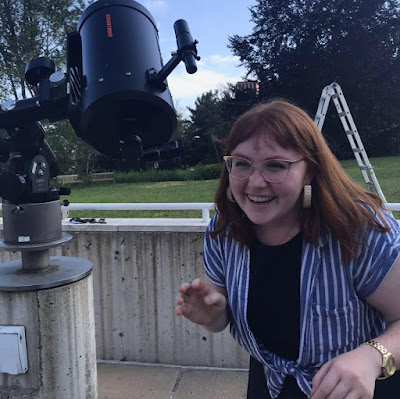 Last week I had a strange dream where Phoebe showed up at the door here at our tiny apartment. I woke up thinking that's crazy she's coming at Christmas after we get into the house. Then she calls from school. Apparently the people running the program she's in thought it was a tragedy that she wasn't spending Thanksgiving with her family (she was planning on going to Boston with a friend), so they bought her a ticket to Mexico and she's flying in 3 days before we move. She will be here the week we move and I guess will be here to help. We're all excited to see her, but nervous about sleeping arrangements. Anyway I guess it's shrimp tacos for Thanksgiving!

Right now I'm making loads of masks for the upcoming art walk in Zona Dorada which is this coming week.  My orders have surged from my shop online and I'm building a dragon (pictures coming soon!!) for a show in December! To all of you have an excellent week wherever you are in the world.