The dangers of eating string 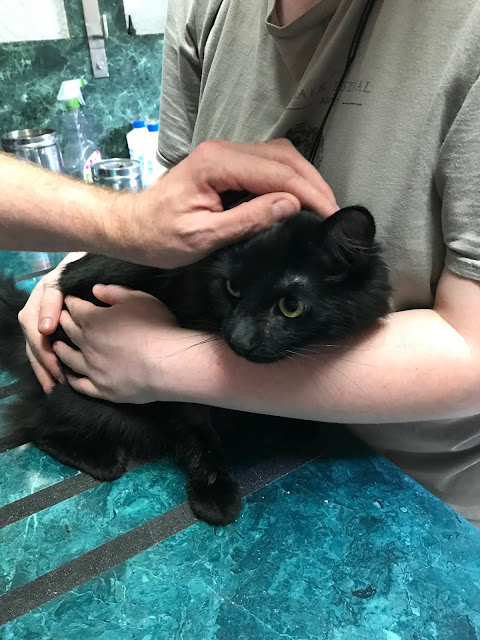 This is our cat Gigi. He’s quite sick. Apparently eating string has dangerous side effects, which Gig has discovered. He was vomiting A LOT, not eating or drinking. So we found a local vet and brought him in. The vet gave him an X-ray, and an IV because he hadn’t drank anything in quite a while, took his blood and then kept him for 5 hours in the animal hospital. The fact that he put up with all this and more indicated to me that he was sicker than he’s ever been as this cat is half demon. The whole day at the vet cost $1800 pesos. ($91 dollars US). We’ve been treating him with meds every day since and brought him in for a second check on Friday.

Early this morning I cleaned up copious amounts of vomit in the kitchen, which is surprising since he hasn't eaten in days. It was also an unpleasant way to wake up. We just dropped him off at the vet, where they will give him fluids and he will have surgery this afternoon. 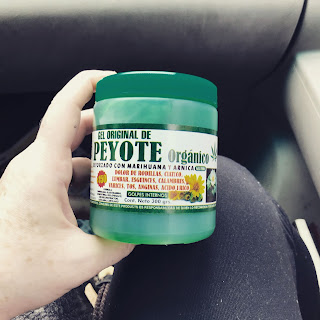 On Wednesday, Naomi and I took our first surfing lesson. I was quite sore for three days and purchased this local concoction for my aching bones. Apparently there’s so much peyote around here they just add it to whatever they feel like. This however had no hallucinogenic effects. I did manage to ride the waves on my knees last Wednesday and so did Naomi so that was pretty astonishing! I’m hoping we make it to our lesson this Wednesday but Naomi has become pretty miserably ill. (She was not eating string, just a cold). 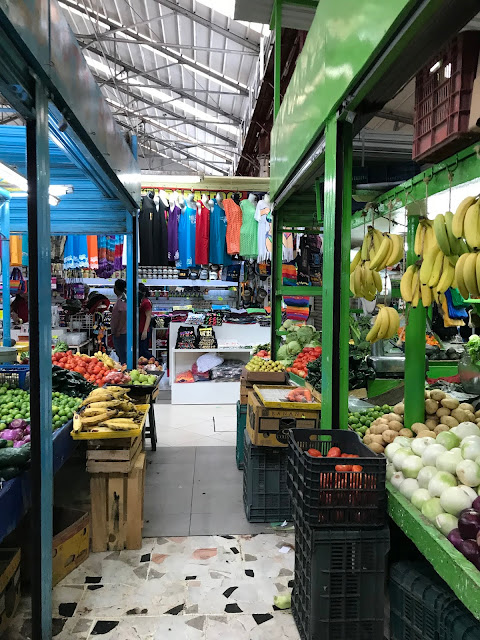 To get the peyote muscle lotion I had to venture to the back of the big mercado in the center of the city. 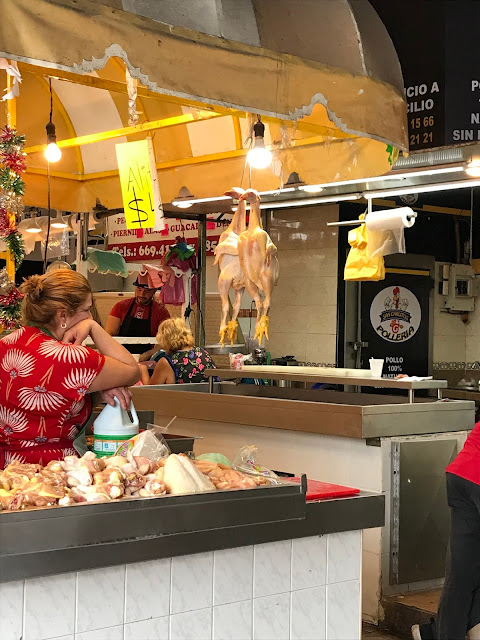 The market is always full of interesting things to see. 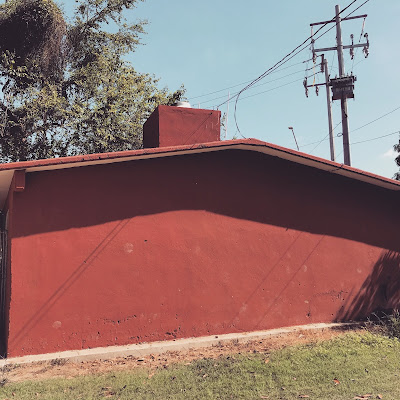 Then last Thursday I went to visit the school in Walamo Town where I am painting a mural in the next week or so. This is my wall. The staff and the students were very welcoming and it seems I will be having many student assistants during the painting process. So pictures of the shrimp mural are coming soon!