NewYear's morning was running around and packing to go. Once we had most everything ready we took Oscar for his morning walk. Standing on an empty corner on a side street, Oscar began to go.
So I said, "Do we really have to pick it up? Is it a law here?"
"I don't know, there's dog feces everywhere... Uh oh!"
"What?"
"The police are coming!!"

So I look and there's 4  police SUV's coming up the quiet street and pulling up in front of us. A police officer jumps out and stops a young man on a bike directly behind us and three officers push him up against the car.  As more police stepped out of the vehicles, I quickly bent and scooped the poop and quietly walked off under the watchful gaze of one police officer who kept his eyes on us till we turned the corner. 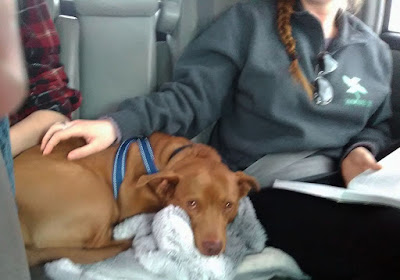 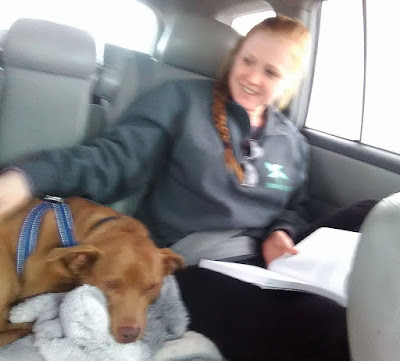 The good news is that Oscar has learned to settle and relax in the car. 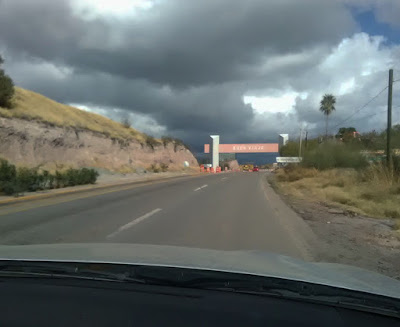 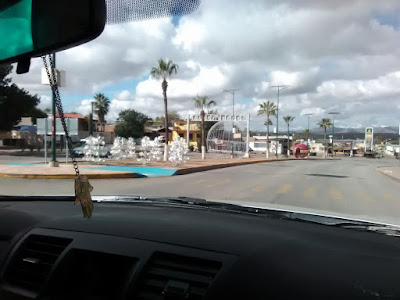 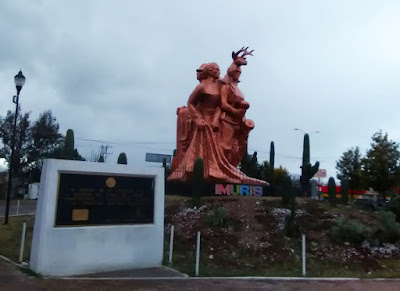 Sculpture near the center of town and where we probably should have stopped for lunch. 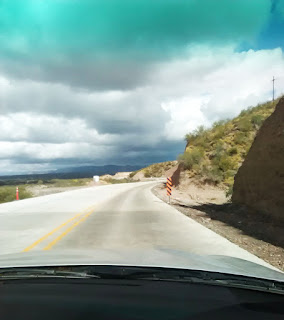 Driving through the mountains was beautiful on the way back, but hard to capture with my phone. (I forgot to bring the charger for my camera.) 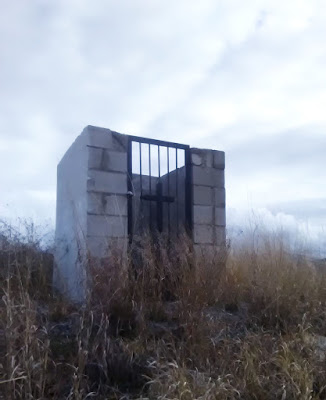 All through Mexico are these little roadside chapels. 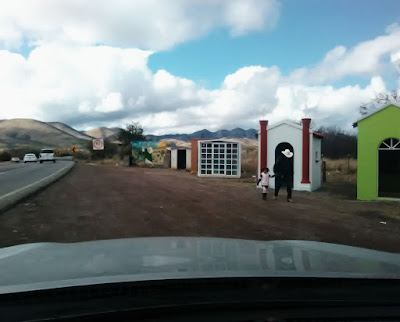 We stopped at this because it just had so many!! As you can see other people stopped too. 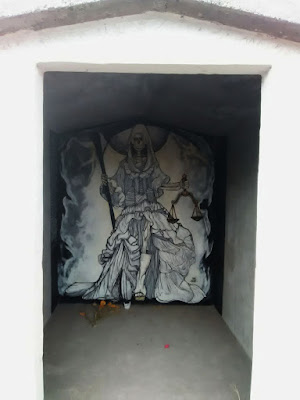 This one had an impressive mural inside it. 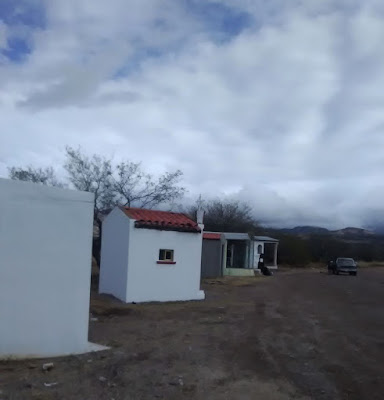 There were quite a few though. 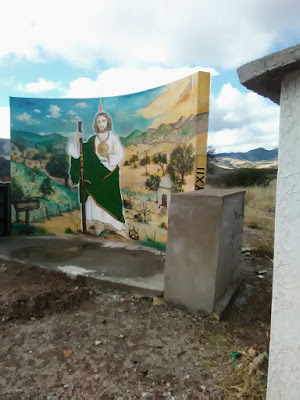 This mural was next to the road by the circle of chapels. 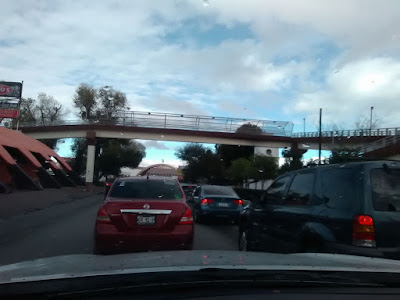 It was an interesting drive and before long we were at Nogales. Our whole plan had been to get out here and find lunch, but EVERYTHING was closed for the holiday, so we just waited in line for the border. It took a long time. 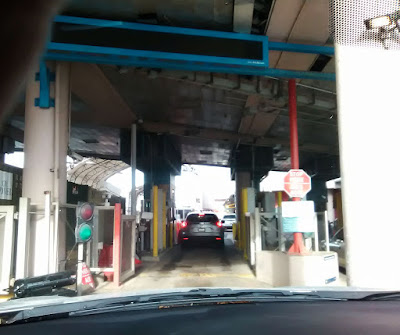 And they were nice enough to let us back in the country.

From here we raced around Nogales, Arizona looking for bathrooms (which we found at Jack in the Box) and food (we went to Subway). Chloe and Carson handled the drive home, and on our way back the border control checkpoints were open and operating. So lot's of police presence today.
I have to say I had a great time traveling through Sonora, Mexico and was a little sad to rush home, but our other two girls were returning from camp and life awaits.