The Irish sea and Carlow Castle 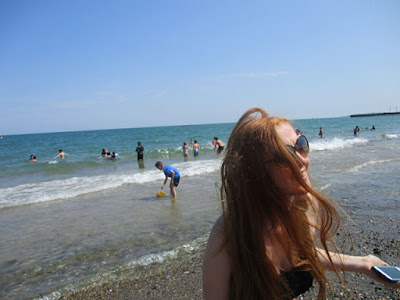 A few days ago Phoebe and Chloe and I went out to the Irish sea. 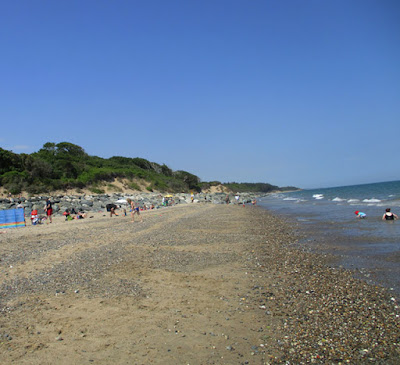 It's been warm here as it's the first drought and heatwave for this region in 20 years!! 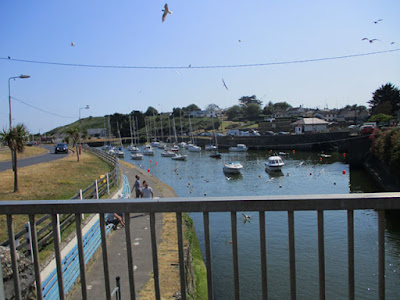 It was a nice little town and harbor and then Jeffery and Elizabeth (our hosts), took us over to where they used to rent a cottage years ago. 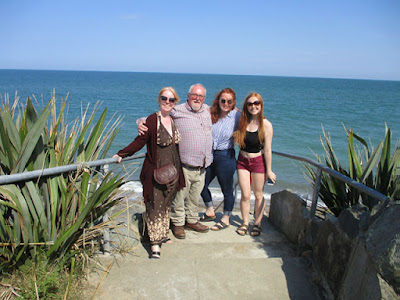 Jeffery and all of us by the seaside.

The girls have been blending in well in Ireland. When they go out together walking people will stop them and ask directions, I guess they look like locals!
Also, in the last few days, I've managed to finish up my project I've been working on. 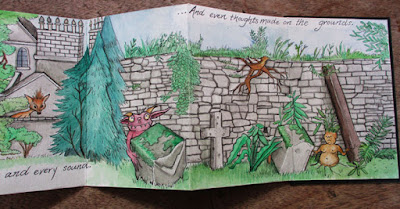 These are some of the interior pages 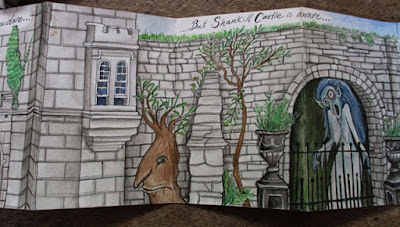 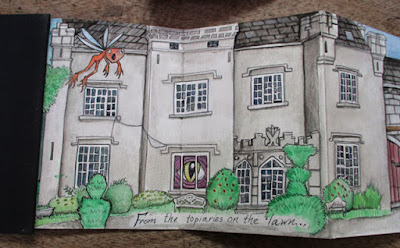 And since it's 10 pages long and the server here is painfully slow I promise to share the rest later. 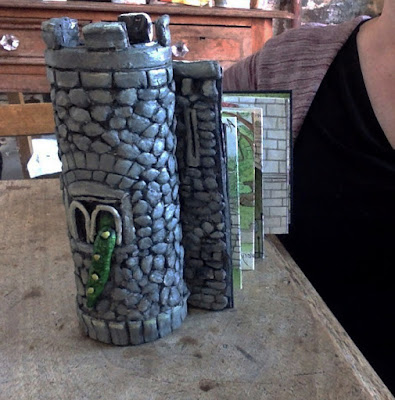 I also sculpted the back cover with a tower. 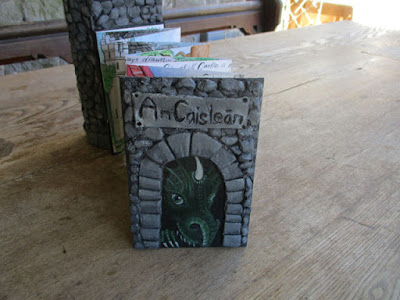 And painted a dragon for the front cover. Anyway it will be part of a big show in the gallery here next summer. Until then I'll bring it back with me to Arizona. 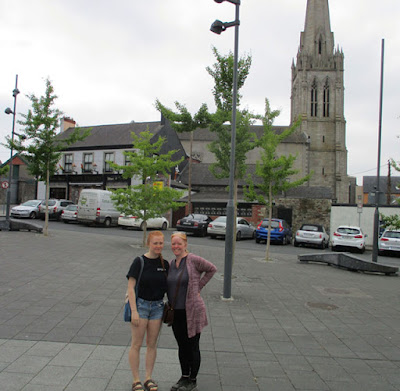 This afternoon Mike, Chloe and I got to spend some time exploring Carlow. 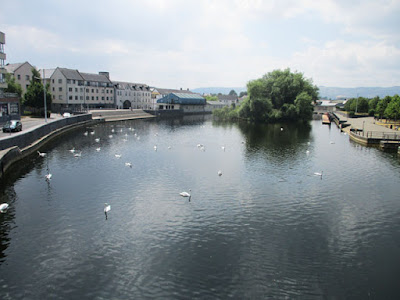 It's a nice little city that's on an island between two rivers, so there are many bridges, and lots of swans. 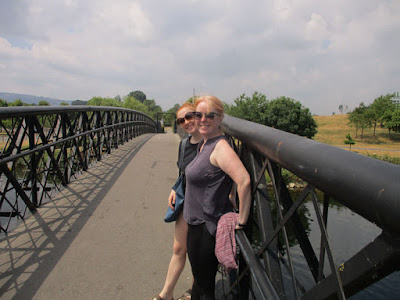 Chloe and I on one of the bridges. 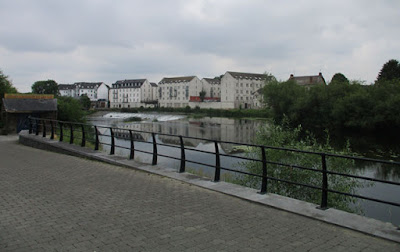 It's a bit hard to see, but there's a waterfall near the buildings in this photo. 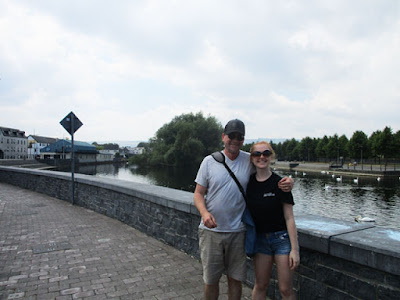 Mike and Chloe by the swans. 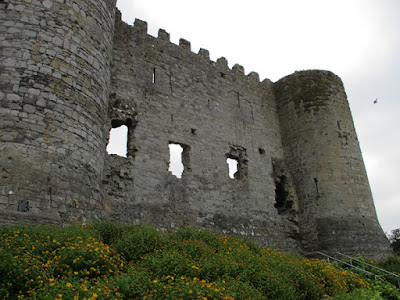 We also went to see Carlow Castle (or what's left of it). 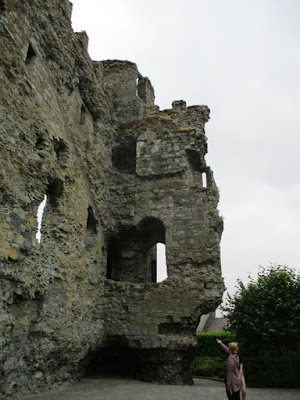 It really just a ruin. 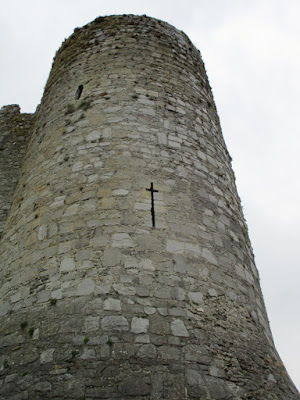 Though it was a fascinating one! 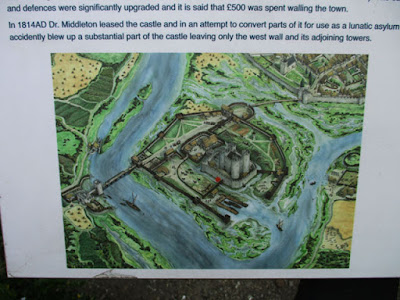 In this illustration you can see what the castle used to look like. It was built in the 13th century by William Marshall, so it's incredibly ancient. Then in 1814 a crazy doctor, by the name of Dr. Middleton leased the castle so he could use it as an insane asylum. He decided the walls of the castle needed to be thinner, so he set explosives and blew up most of the castle and himself!! 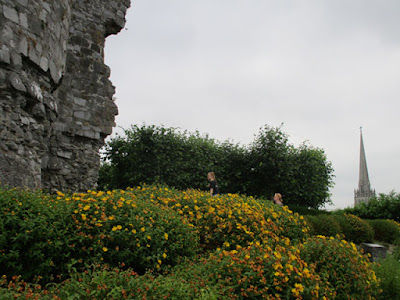 As a ruin it's pretty amazing to explore. 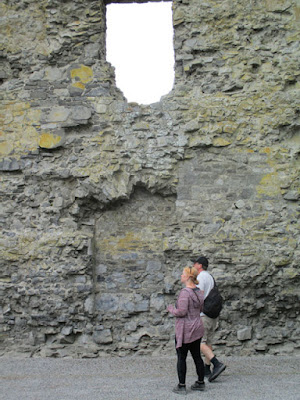 I only wish we had time to draw it, but definitely worth a visit!

With the heat the way it's been our mouse situation here in the cottage has been getting a bit out of control. Naomi stepped on one the other night and today when we got back from Carlow she'd managed to trap one in the kitchen with a bowl! Anyway it's been an adventure. The day after tomorrow we head back to Dublin and say goodbye to our little cottage here and the friends we've made at the castle. I think we'll all be sad to go.
Email Post
Labels: An Caisleán Carlow Castle Carlow castle ruin Ireland Irish Sea mice seaside swans
Location: Carlow, Ireland