Last Days at the Castle

Our last few days at the castle went by with a blur. Not just because time has this tendency to speed up when you're my age, but because we were invited to the castle for a lovely goodbye from Elizabeth and Jeffery Cope and my wine glass stayed quite full no matter how much I drank.

That last night it was decided that I would leave my book project in their care to be displayed at Shankill Castle's "Festival of the Arts" in August. Mike will be creating some prints from his Ireland sketchbook (which is amazing and nearly full) and shipping them back to be in the show. 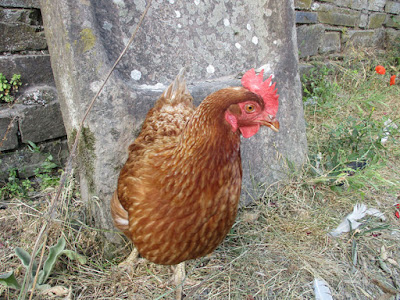 Naomi had made a strong connection with the animals and took a day to say goodbye. This is the little hen that showed up at our door on a regular basis. She liked this one because she let Naomi pet her. 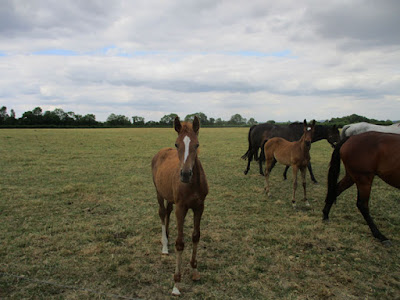 These are the horses, and one young colt from up the road. Mike and I spent the last week drawing them each day till they started coming over to greet us. 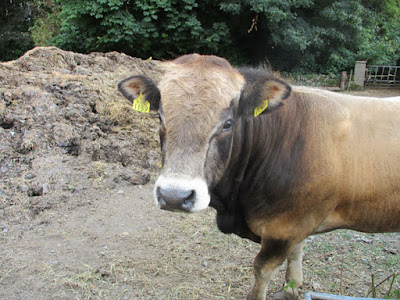 The very friendly bull who was right near our cottage. 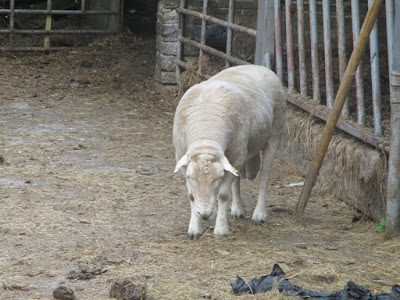 This is the shy sheep who lived with and was pushed around by the bull. 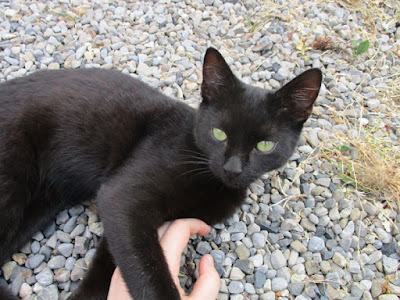 And of course, Naomi said goodbye to Wally, Reuben and Ellen Cope's little kitten, who happens to bear a close resemblance to our kitten, Gigi. 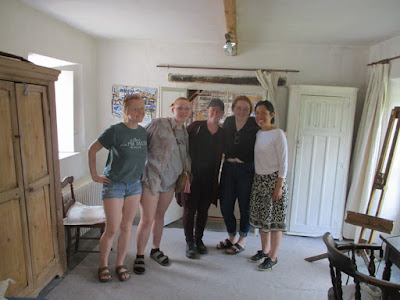 This is all of us with Ellen in the cottage the morning we left. We all piled into a car and the suitcases were in a van they just bought with Mike and Eugene (Elizabeth's brother who's just moved back from Australia) and Chloe. Following behind them we saw the door hadn't closed properly and was swinging open, so Jeffery went on a high speed chase down the narrow, and winding country roads to get them to pull over. It was really intense, but nothing fell out!! 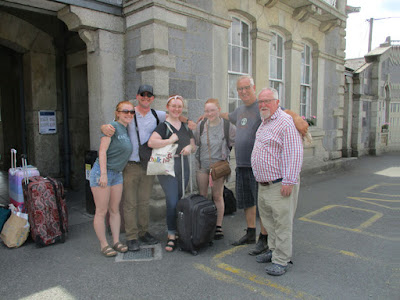 And a group shot of everyone at the train station.

We managed to get on and off the train without incident. Finding a taxi was a bit of a challenge but two small cabs loaded us up and brought us to our airbnb. It's a nice apartment in the middle of the city, but a 4 story walk up, which was a bit nightmarish with all our luggage.

From our door is the famous Ha' Penny bridge and the Temple Bar district. 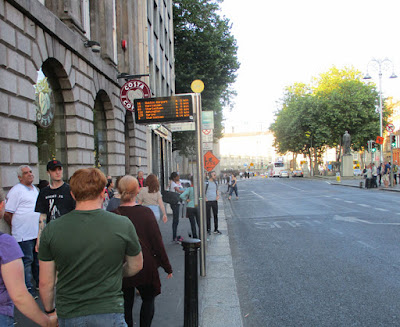 Right away on the first day we took a walk around. 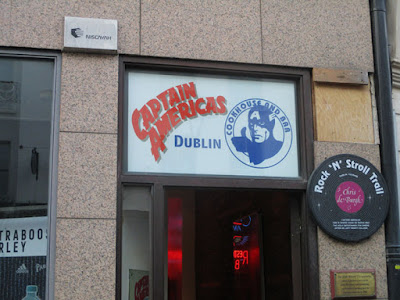 Mike just had to get a picture of this place. :) 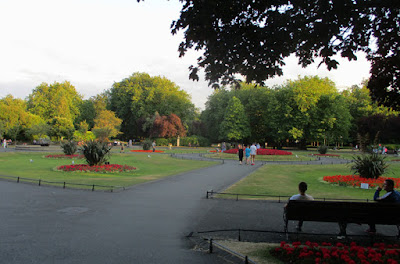 Unfortunately on our walk through Stephen's Green on that very first night here in Dublin, Phoebe dropped her iphone near a famine statue. She completely smashed it, the screen, and  the phone. If it wasn't so upsetting it would be impressive. She lost all her pictures she took of Ireland, as she didn't back them up. She bought that phone with money from her caricature jobs this year and understandably she's been pretty down since it happened.

On the plus side Dublin is an exciting place to be and the weather has cooled nicely. We're really looking forward to getting out and exploring.