So right now we're slowly adjusting back to summer in Phoenix, which is not an easy task...


So I've been using the pool lately.


While we were off in Ireland last month my sculpture "Night Over Tétouan", that I'd created at Green Olive Arts in Morocco last summer was permanently installed into the Colegio Español Jacinto Benabente De Teuan (aka the Spanish School) and they held a dedication for it... 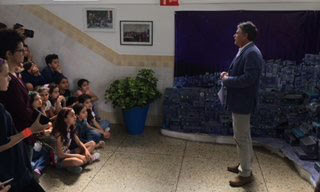 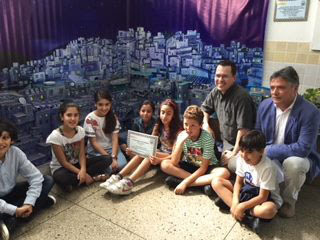 Jeff from Green Olive Arts went to represent me and I recorded a video message in Spanish to be played at the opening. (If you're reading this, thank you Jeff!!) 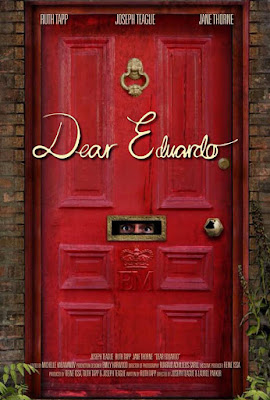 This movie I created props for ages ago finally opened in London last week which is super cool. 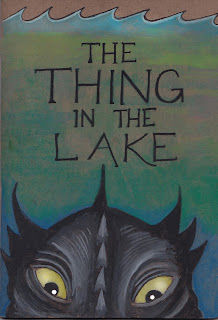 This is my sketchbook, titled "The Thing in The Lake". It just went on tour with the Brooklyn Art Library and will be in Toronto next weekend! The address is at The Historic Distillery District, 9 Trinity Street, Suite 200, Toronto.  From there it tours with the show to Chicago and then Atlanta, GA. Anyway if you live in any of these places the show will be pretty amazing, and some of the books are incredible! 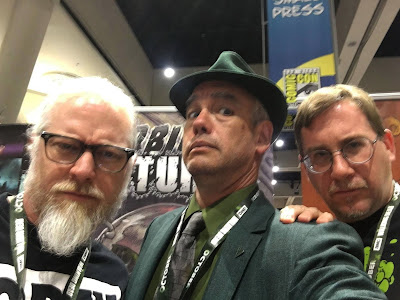 A few days ago Mike and Phoebe left to go to San Diego Comic Con. Here's Mike, his publisher, and his editor, promoting his new venture, Forbidden Futures at SDCC!

Anyway in a haze of confidence I submitted for a mural job before I left for Ireland. I got it, but the developer wants me to recreate this image from my book "An Caisleán" (that I just made for my Ireland art residency). The kicker is that I agreed to do this in August.... In Phoenix. I'd better get acclimated fast!!