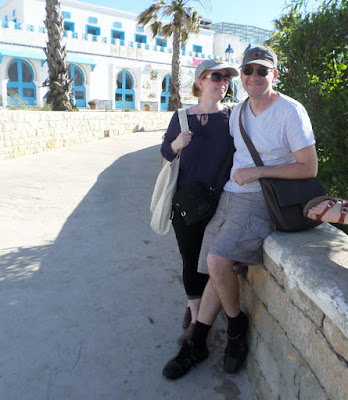 Last Sunday was our 23rd Wedding anniversary, so we decided to head out of Tétouan and go to the beach. 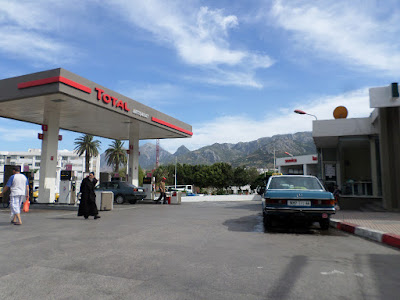 We had to walk towards the edge of town to find a taxi depot. 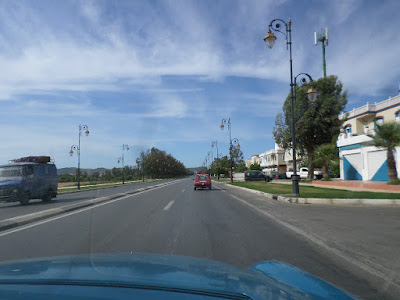 I piled into the back with the girls, next to the window.  The window was stuck in the down position and broken, which was no big deal till he reached the highway and started driving Moroccan speeds!
Then it was so intense, it was hard to breathe. I kept hitting the button, but no luck. 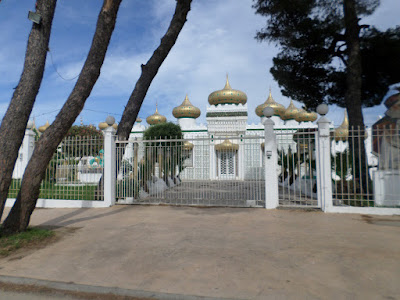 In the meantime, Mike sat up front and enjoyed the drive, snapping pictures like this one. 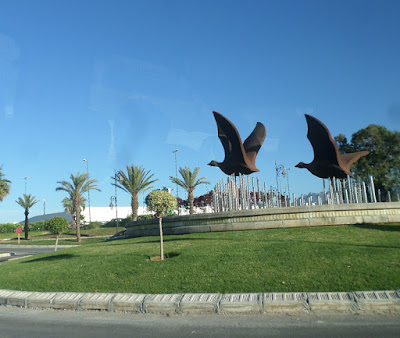 And these birds from just outside M'diq. 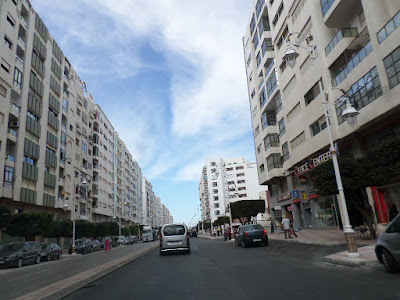 This is arriving in town. 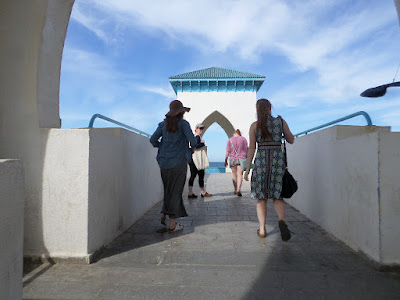 We crossed over a pedestrian bridge to walk near the water. 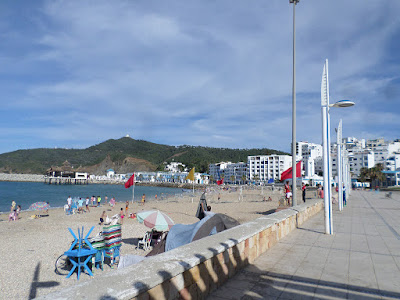 It was quite pretty, and the first time I'd ever set eyes on  the Mediterranean. 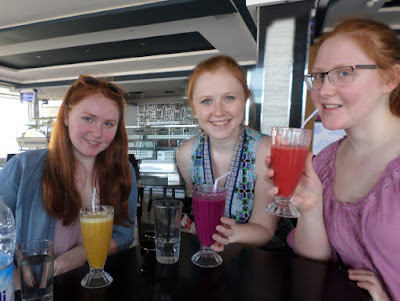 We stopped at a pizza place called "Blue Sky" along the waterfront. Naomi said she wanted to eat inside, and I didn't.  Of course she was right. Eating inside in the empty interior was better, as everyone in the country is fasting during the day for Ramadan. This also meant we were the only ones eating or drinking in the area. Here are the girls drinking their fruit smoothies. 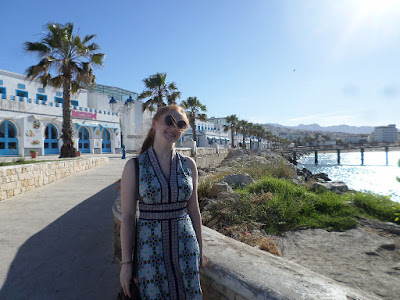 After eating we took a walk on the boardwalk. 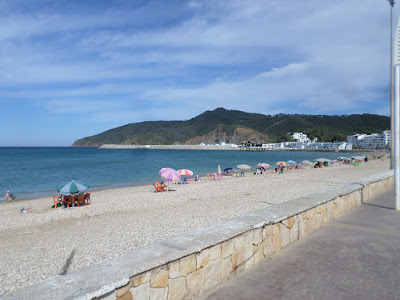 It was very sunny. Naomi ditched us went down to walk close to the water. 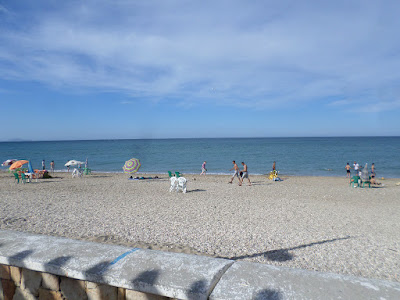 She is one of these tiny figures walking near the shore. 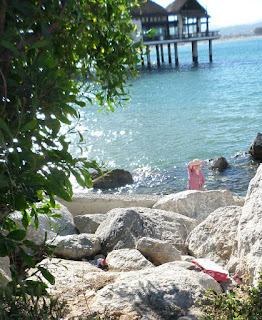 Naomi walking on the rocks near the pier. 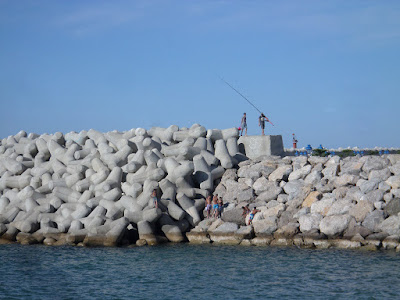 Some of the locals were fishing on the pier. 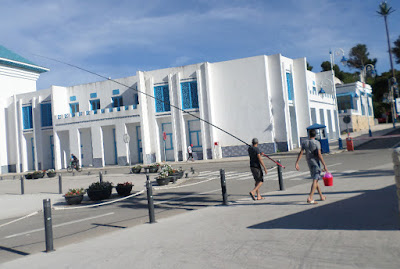 When they left we could see just how huge that young man's fishing pole was. 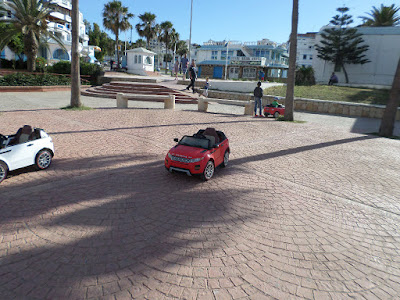 On the boardwalk they rented out these tiny cars for kids. They played music and seemed to have leather seats. They were the fanciest toy cars I have ever seen. 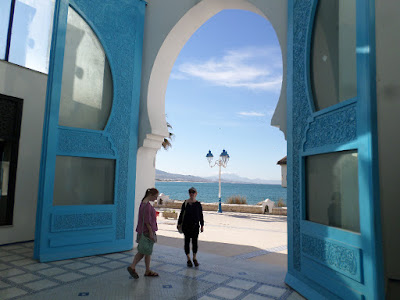 As we walked along we came upon a huge open building with these giant doors. 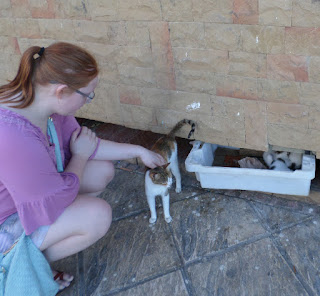 We also took a walk around town. It' didn't take Naomi long to find a cute kitty. This one had babies in a box (many of the locals in Morocco feed and build shelters for the strays that are everywhere). 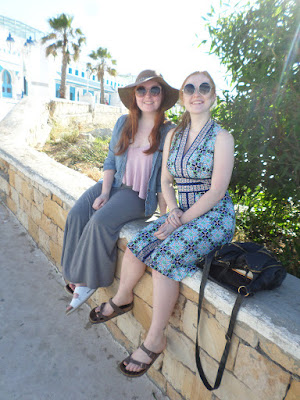 Anyway it was a great day out! 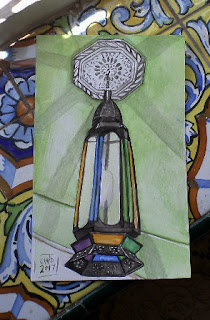 In the mean time I'm still painting postcards and have amped up my work on my sculptural installation at Green Olive Arts. The opening has been set for June 19th!! OMG so soon!!