This week the city began to come into bloom.  The orange blossoms from the multitude of desert citrus trees fill the breeze with their perfumed aroma and the season here has begun to turn away from winter to warm spring winds in the morning and evening and hotter afternoons. We're deep into festival season here in Phoenix, so we took advantage and went to one of the most popular events I've ever been to in this city, The Japanese Festival downtown. 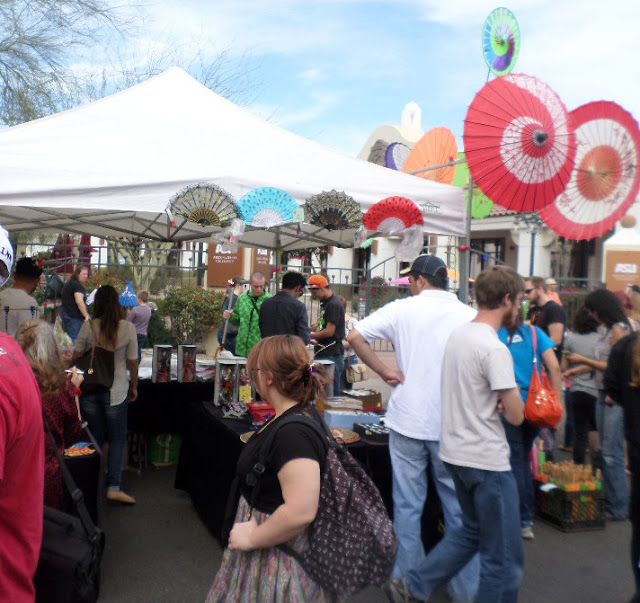 It was the biggest crowd I'd been in since comic con in San Diego. 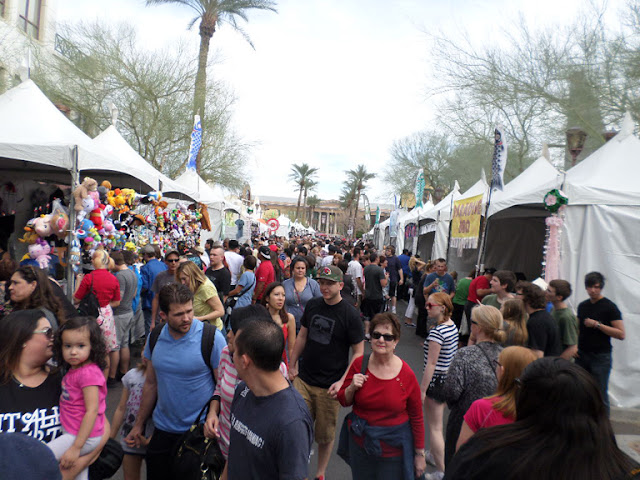 You can see Chloe, Naomi and I weaving our way through the throng of people in the lower right corner of this picture. 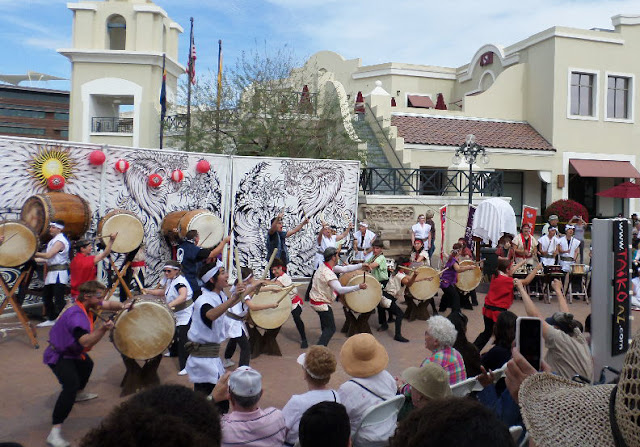 We stopped to watch the Taiko drummers perform on the ASU stage.  It must have been pretty intense for them in the direct sun, but they have incredible energy.  They moved constantly, dancing and pounding their drums.  It was really pretty exciting. 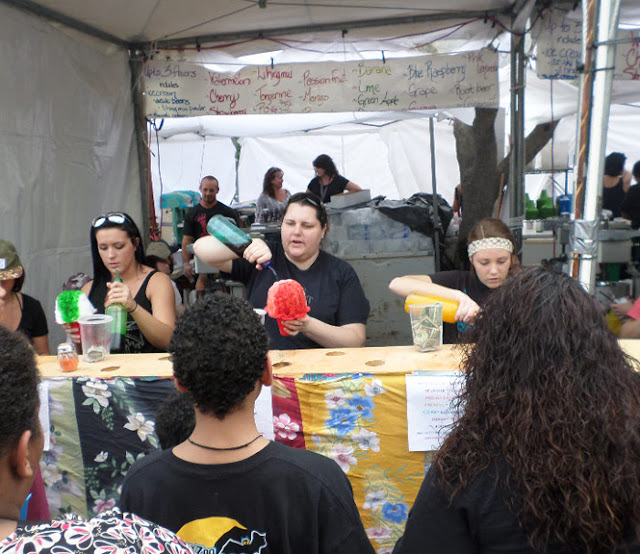 These people are making gigantic Japanese ices.  The biggest snow cones I'd ever seen and sold them like mad as it was pretty hot that afternoon. 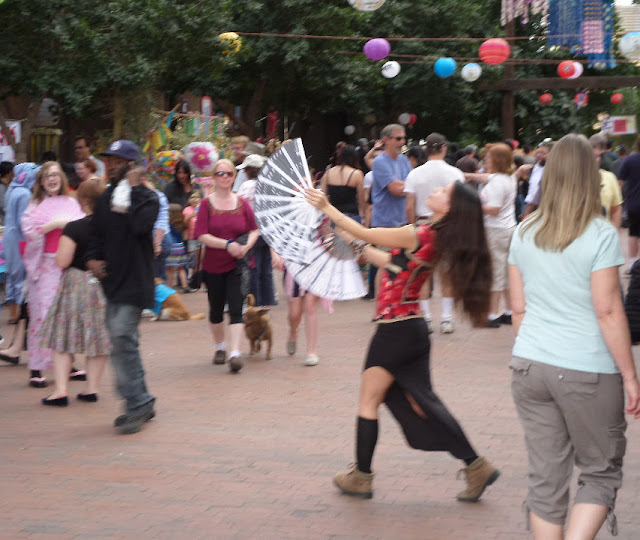 This young woman began a fan dance directly in front of me (Mike took this photo as we walked towards him). 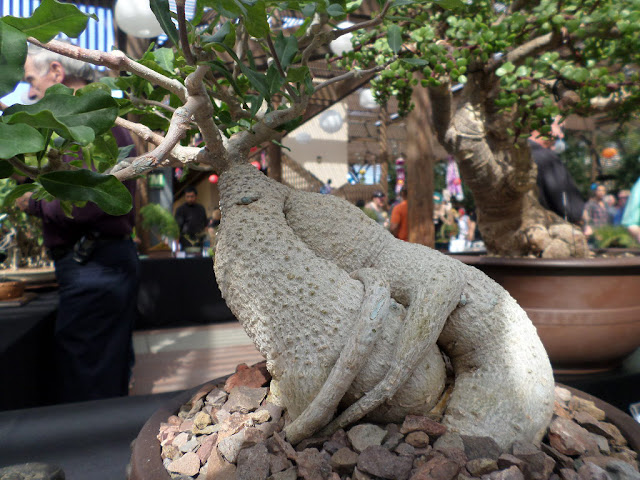 There was, of course, an amazing bonsai display.  I don't garden and I kill most houseplants, so bonsai is nothing short of a magic trick to me. 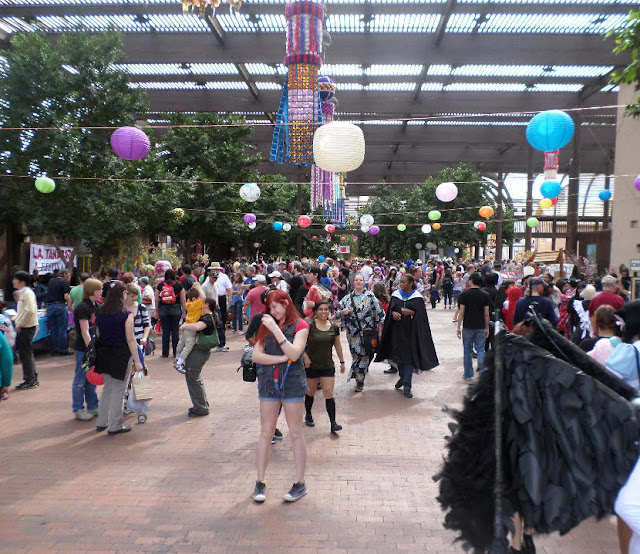 It took a bit of wandering but eventually, we found a patio area, out of the sun to walk around in. 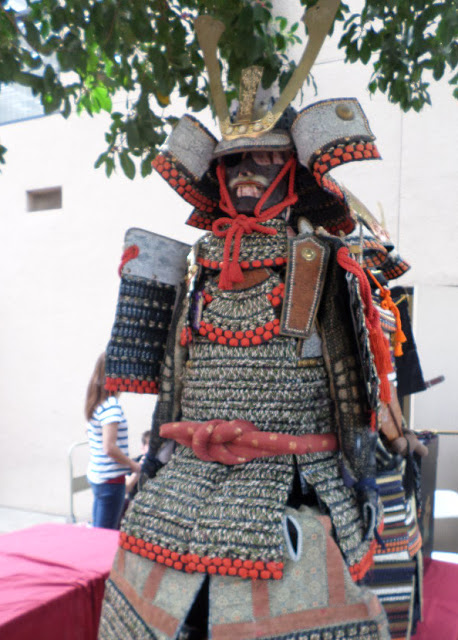 This seems to be an ancient Samurai warrior. 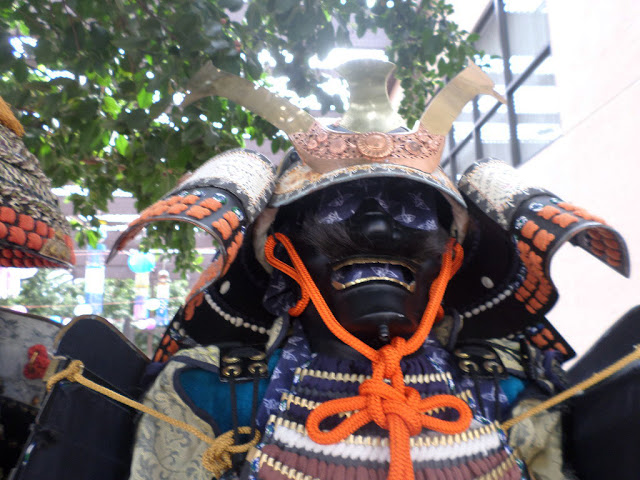 And an interesting looking warrior's mask and helmet. 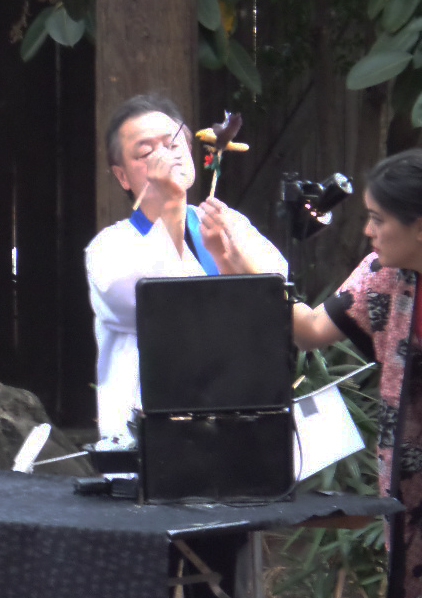 This man is "The Candyman". He is making a beautiful bird sculpture entirely out of candy.  He's heating colored sugar and painting it on in this photo.  His creations were too stunning for anyone to eat. 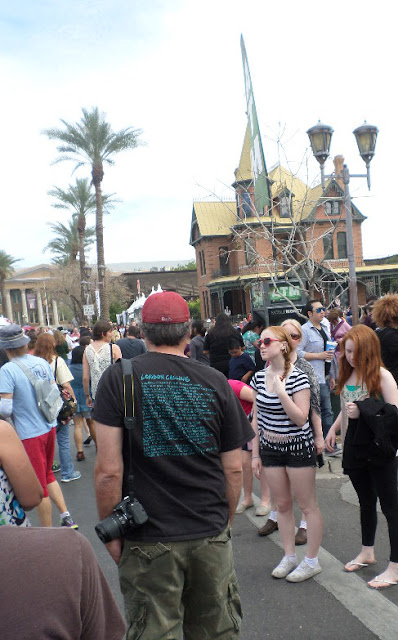 Phoebe and Chloe are standing in the crowd while we all decide what kind of interesting Japanese food to try.  We needed Chloe to guide us as she was familiar with all of it (her best friend in San Diego is Chinese and her family has served her a huge variety of Asian foods). 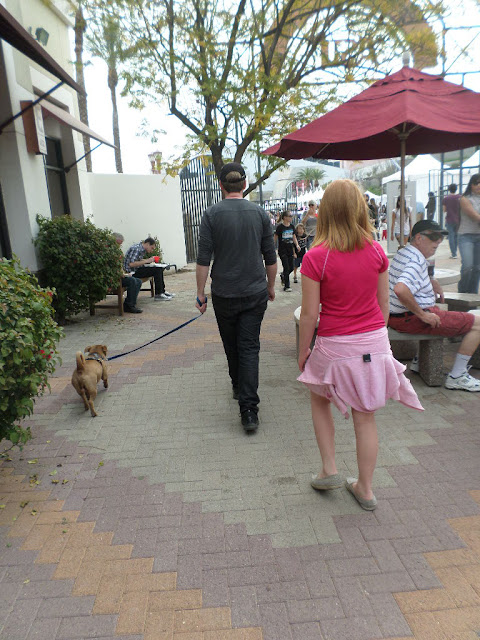 After eating Mike, Naomi and Oscar found some shade on the edge of the crowd (Just a note: Naomi is not a 10 yr old giant and Oscar isn't a teacup chihuahua, our camera has oddly distorted this photo to make Naomi look huge and Oscar tiny). 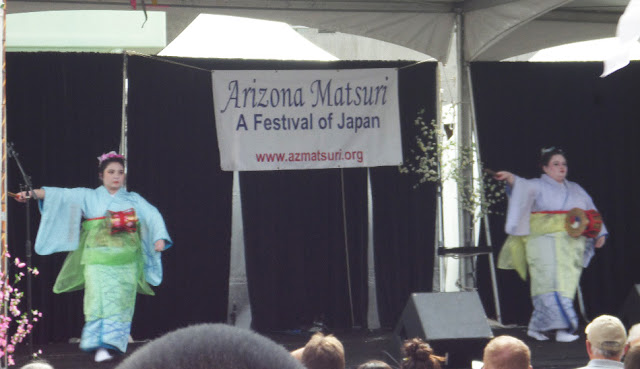 On our way out we caught one final performance. This one was more traditional. 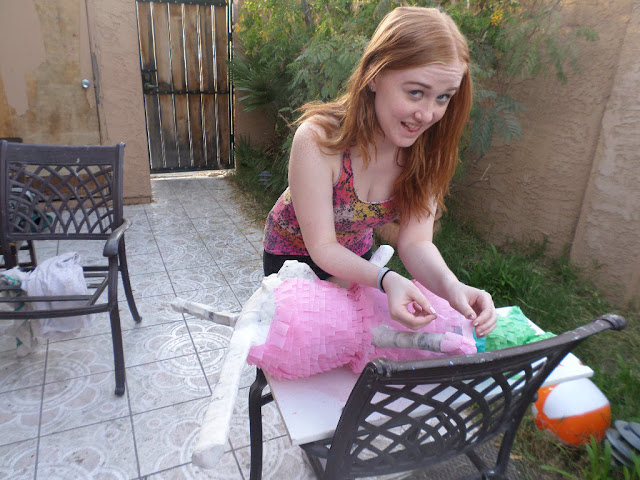 Chloe has also been working on a mutant piñata for the show next week. 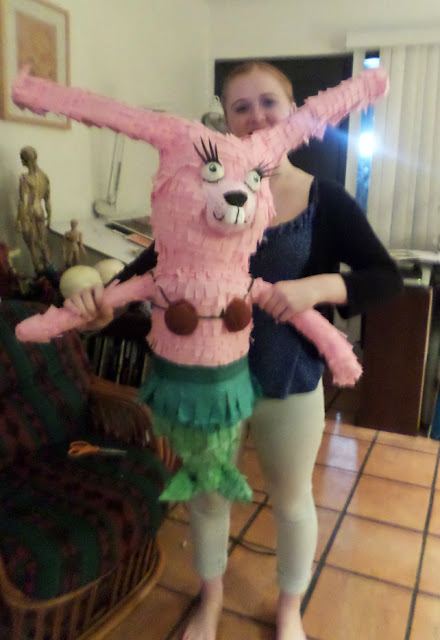 She finished it on Monday... It's a rabbit/mermaid!! I think it came out awesome!

Today we drive out to California and tomorrow we'll be attending a memorial service for a friend's husband.  Bound to be a rather intense experience, but at least we'll see some friends and family.  Have a great weekend.
Email Post
Labels: festival Japan Japanese Matsuri Mutant Piñata Show piñata construction spring