The future and the past

On the morning dog walk I found a child's fortune teller near the gates of the Elementary school. Apparently in the future I will marry a turtle. 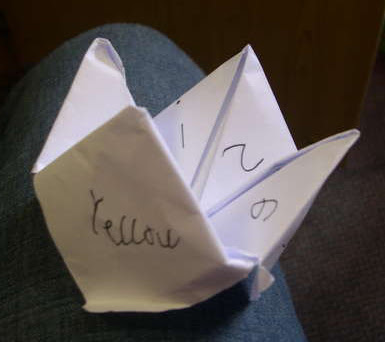 Also in the future, next Saturday to be exact, we'll be celebrating Phoebe's 12th birthday party at an ice skating rink downtown with 16 of her closest friends!

The other thing my future holds is hand turkeys. I've been doing one a day until Thanksgiving over on my art blog.... So feel free to check them out!! 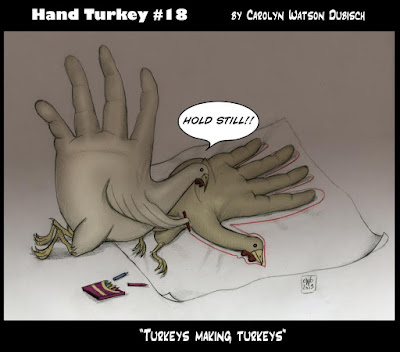 Now for the past....Last week was Phoebe's big performance.  She played an operator in a comedy skit for her theater group's variety show.  She was fantastic. 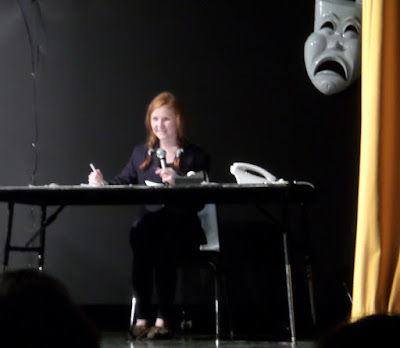 Today on Facebook I was asked to share 8 things about myself.  It seems like a bloggy thing to do so here they are.  I should warn you, though, only half of these things are true...

1. As a child, in Scotland, when traveling by train, my father instructed my brother and sister and I to fight whenever other passengers would peer into our cabin looking for seats. We always had a private cabin.


2. On Saturday nights I dress in black spandex and fight vampires. Since vampires aren't real there's very little actual fighting, unless Halloween falls on a Saturday.

3. I used to be a professional snake handler.

4. As a child my siblings and I used to sneak around the funeral home daring each other to touch the bodies on display.

6. Sometimes I go to the airport and hand out flowers, then I come back 20 minutes later and try to get them back.

7. As a child I found a dead cat frozen in the ice by my family's lake house. The next morning he showed up crying, all wet and covered in ice chips on our back porch. So we kept him and named him "Zombie Boy".

8. Once I awoke in a field in rural Pennsylvania with no memory of the previous three hours. Next to me was my boyfriend, suffering the same memory gap. (No, we hadn't been drinking or doing drugs).