Drawing pictures on the sidewalk

Saturday began at 3:40am when I got up and stumbled into the shower.   Then after forcing my 15 year old daughter to do my hair and makeup at 4am we headed off in thru the dark and empty city to the ABC news station.  I was going to be on the ABC morning show to promote the Tempe Marketplace's chalk festival. 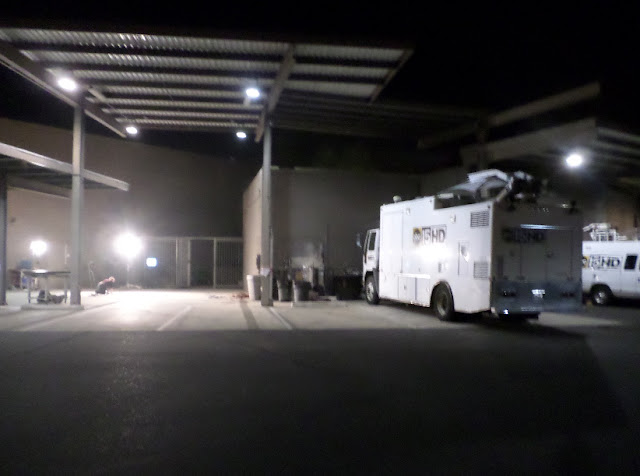 They set me up to draw on the sidewalk under the lights outside the studio. 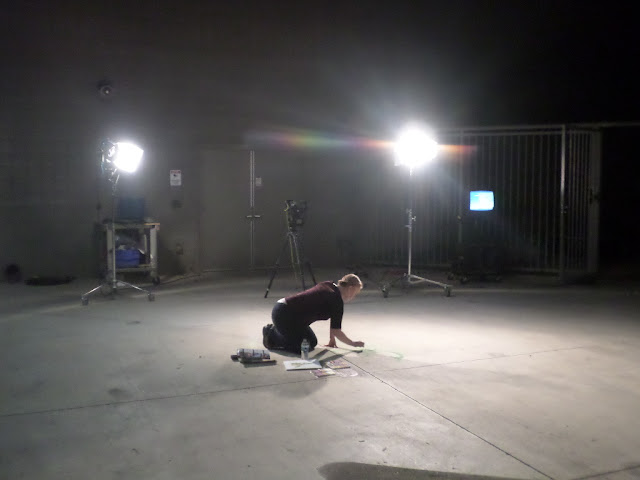 They needed me to do a demonstration drawing on film in under 30 minutes. 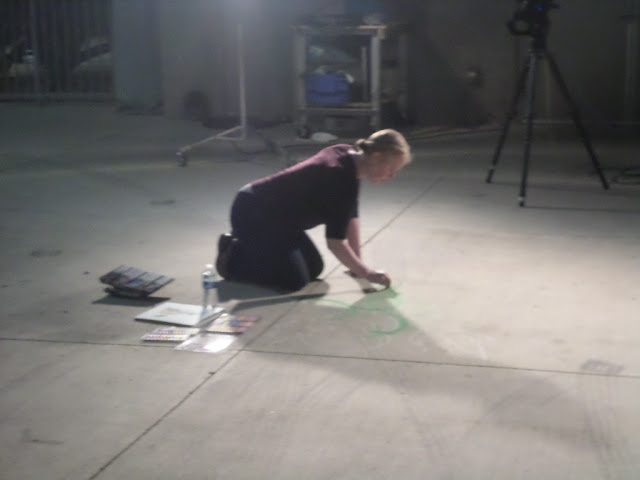 They cut to my progress on the drawing before and after each commercial break. 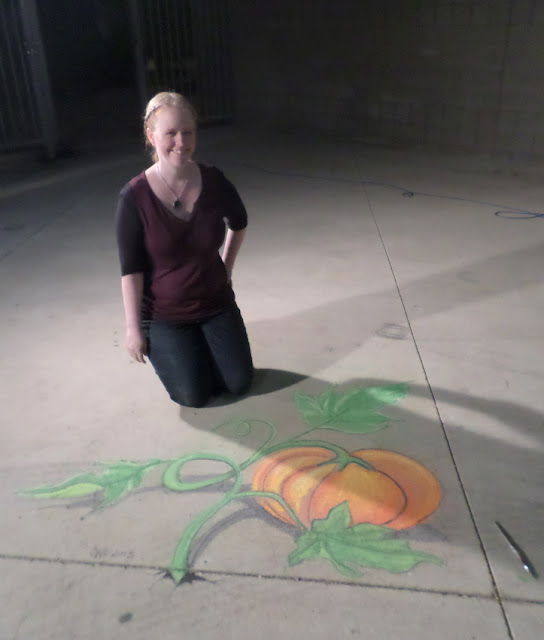 In the end, it came out pretty good.  Then they interviewed me about the festival and my drawing. Mike actually got up with me and came along because I was terribly nervous.  After the shoot, we went home, picked up some bagels and dragged our children out of bed.  Then we headed off to Tempe so I could get started on my mural for the festival. 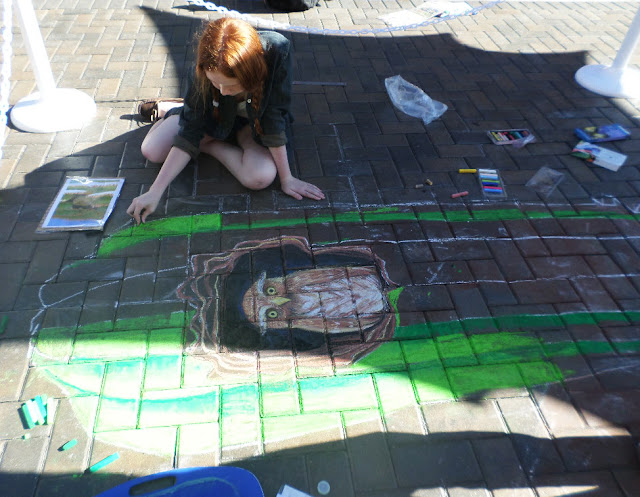 Phoebe had agreed to assist me.  Here she is working on the green cactus.  This is also the only in progress photo I have as Chloe was in charge of the camera, but about a million other people took pictures of me working that day (they also took a lot of pictures of my dog who sat nearby guarding me all day long). 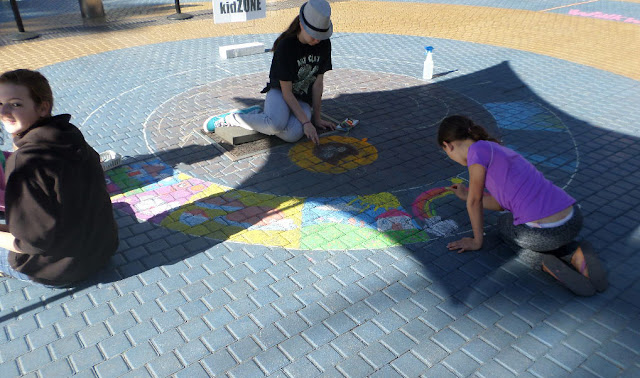 We were right next to the big community mural.  Here are some kids working hard on their own little images. 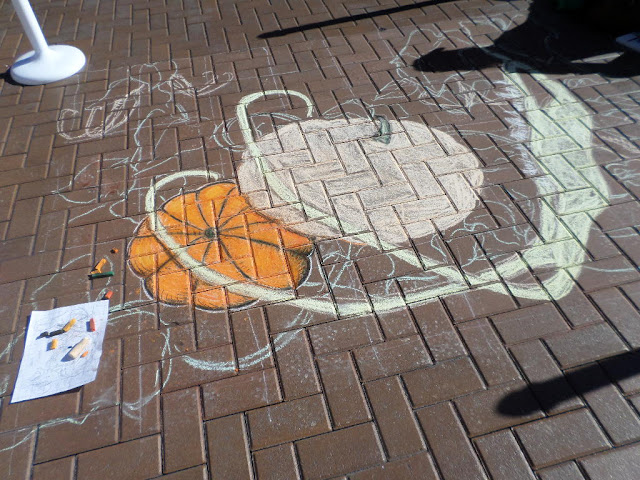 This is the "Harvest Mural" in progress. I know it looks a lot like the one I did for ABC, but it's a much larger and elaborate image by a different artist. 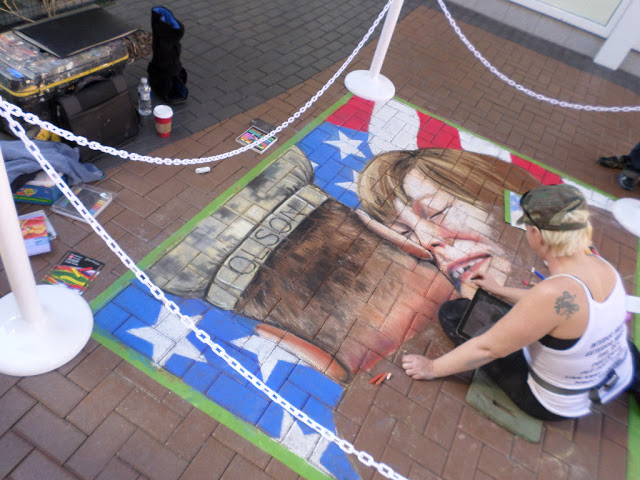 This is the Veteran's mural coming along nicely. 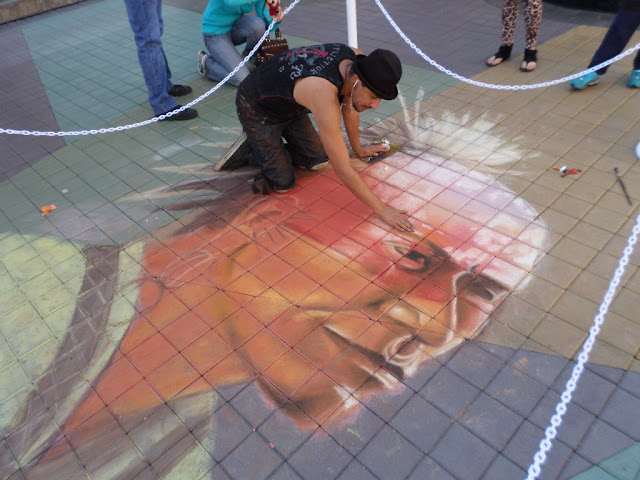 This Native American was amazing . 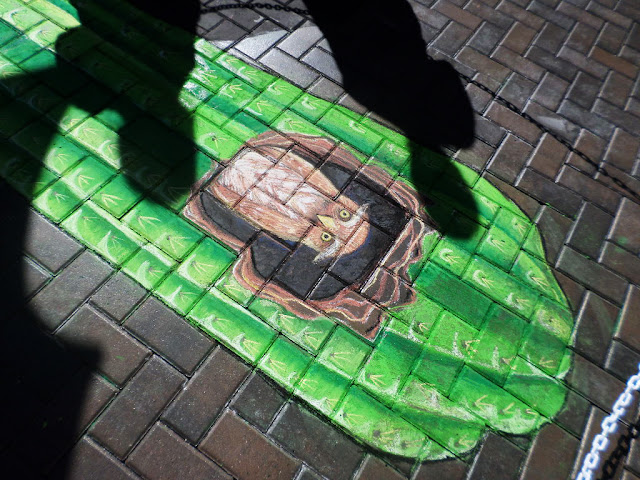 Around 1pm after working continuously I managed to finish my owl mural. 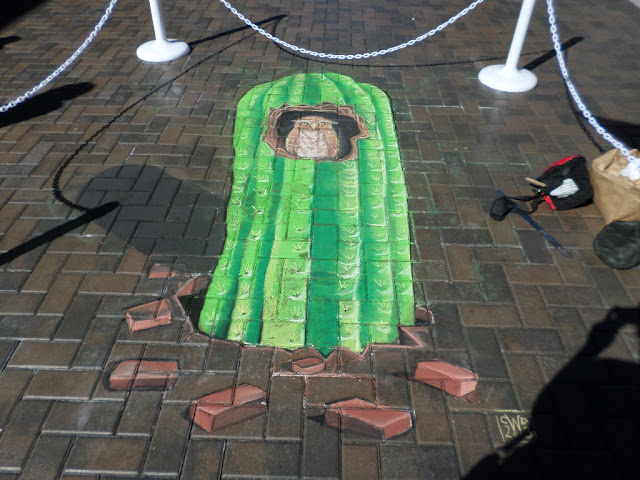 This morning I'm in recovery.... Man, do my knees hurt!

Unknown said…
Beautiful drawings ,, Like it .. http://getpaidtodrawsoftwarereview.blogspot.com/
November 24, 2013 at 9:58 PM