Jack-o-lanterns, a movie and the turkeys are back!

Hello again. It's November,  I know, but I thought it might be fun to share these photos of making our jack-o-lanterns this year.... 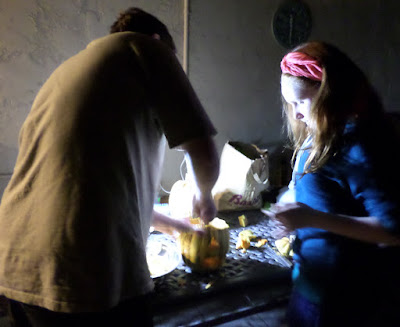 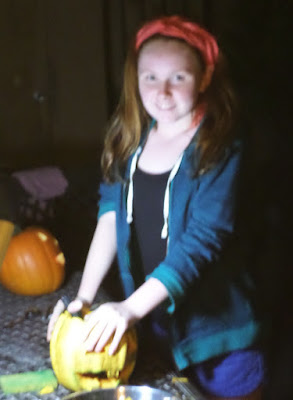 Phoebe carved her own. 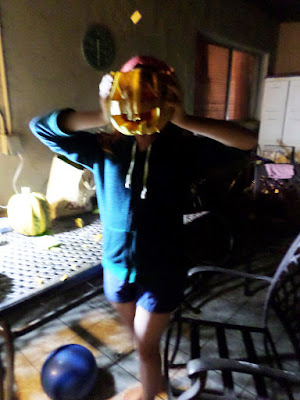 For some reason I thought this was spooky! 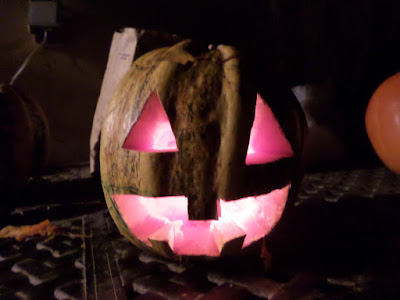 Phoebe's looked great all lit up! 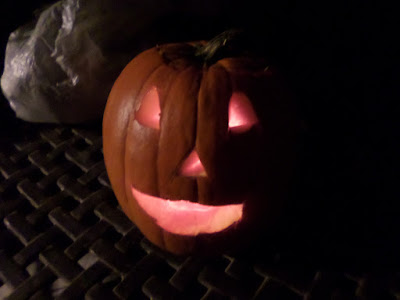 Naomi did a good job on hers as well.  (Chloe was too lazy to carve one, so her's sat whole and untouched on our doorstep... teenagers!) 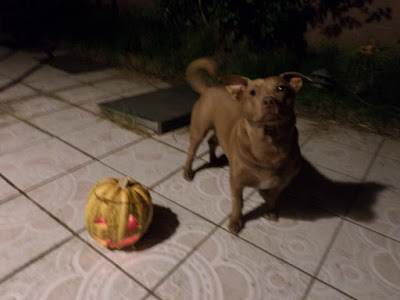 That turned out to be okay though.  Jack-o-lanterns last about 2 days in Arizona and California.  In upstate NY it was much longer as the temperature stayed at about 40-60ºF there during the day, as opposed to our 85ºF days here.  So we still have one pumpkin. 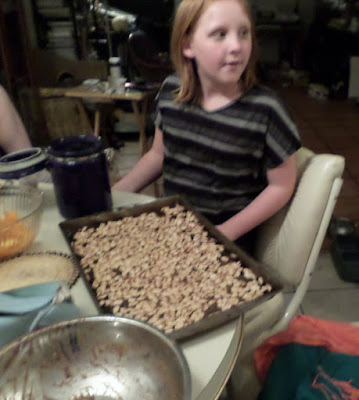 The girls took charge of cooking up the seeds as well. 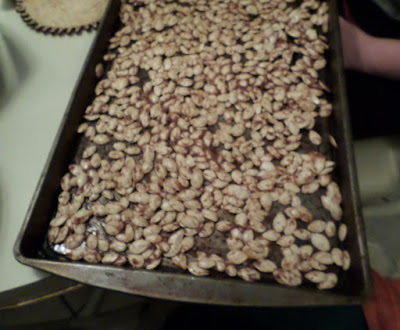 They did a great job as even I ate a bunch. I usually don't like the pumpkin seeds, but I guess I've been doing it all wrong! 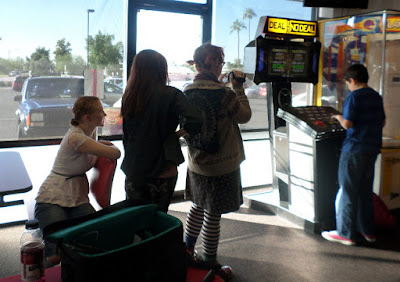 A couple days ago I drove Chloe and her "crew" to the local arcade to film their first movie for her film making class. 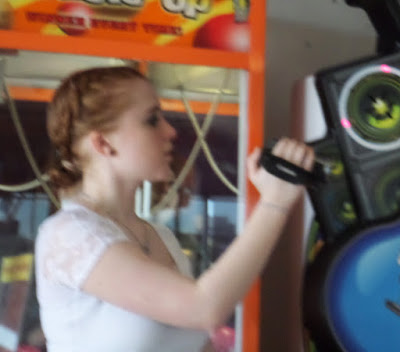 The kids worked really well together.  I hope I get to see it when they're done! 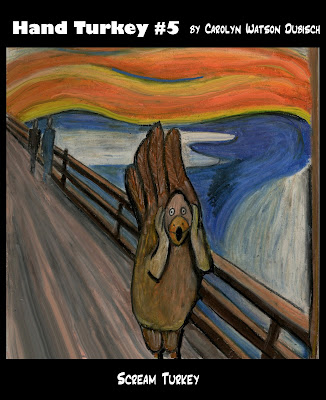 It's November so that means I'm posting a hand turkey each day on my art blog! 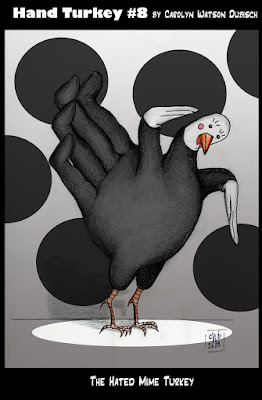 Of course I'm doing other things, like trying to stay on top of the Santa Claus children's book I've been hired to illustrate and this weekend is destined to be full of craziness.  On Saturday morning at 5am I have to go downtown to Fox's studio where they're going to film me drawing a chalk art piece on the side walk to promote the Tempe Chalk Festival.  Then, by 8am, I have to check in at the Temp Marketplace to draw my chalk mural at the festival ... all day long.  I know I should be worried about the art I'm going to draw, but all I can think about is what I'll wear.
Email Post
Labels: chalk festival hand turkeys jack-o-lanterns pumpkin seeds Tempe chalk art festival