The Heard Museum and the hot wind

Last Sunday we finally made it to the Heard Museum, the only museum of it's kind in the United States.  A museum of aboriginal peoples, mostly of Native American peoples. 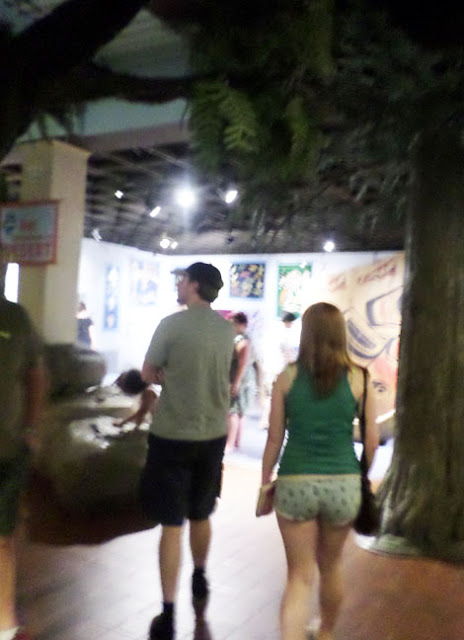 It's a fascinating place and is a usual destination for anyone who visits this region.

It's full of things that you'd expect to see in a museum about Native Americans. 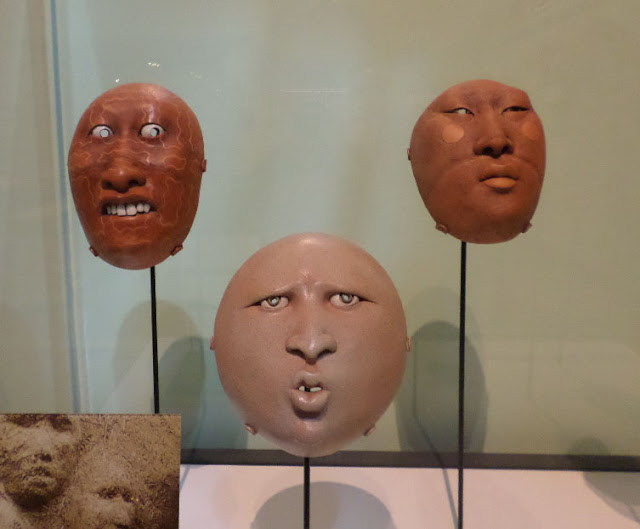 But some things took me more by surprise. 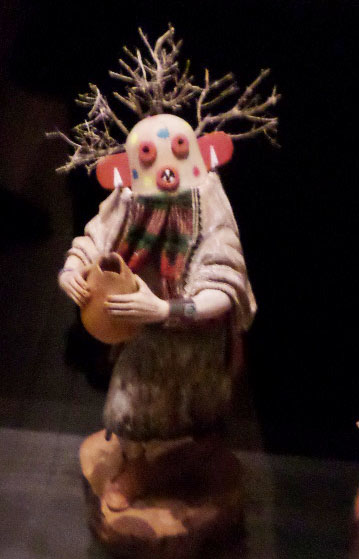 Like this guy... Wasn't he in "Adventure Time" on Cartoon Network? 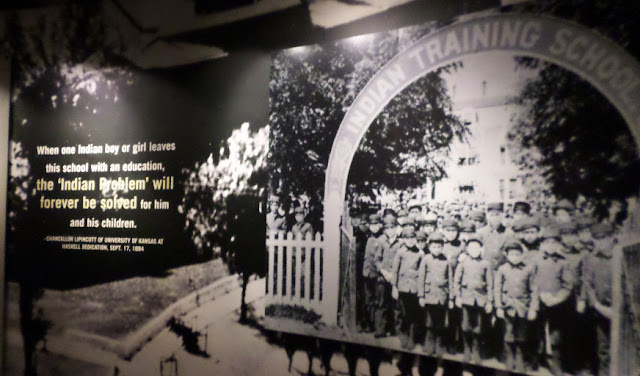 The display on the "Indian Boarding Schools" was disturbing, to say the least.  In the east, we solved "The Indian Problem" by giving them blankets of smallpox and then marching them west (like with the Cherokees).  Once settled in the west, the government took their children.  They vowed it was to "educate" them and brought them to schools in Phoenix (and other locations).  They cut their hair and shut them off from their tribes and families for years.

Another twisted story from the history of this country. 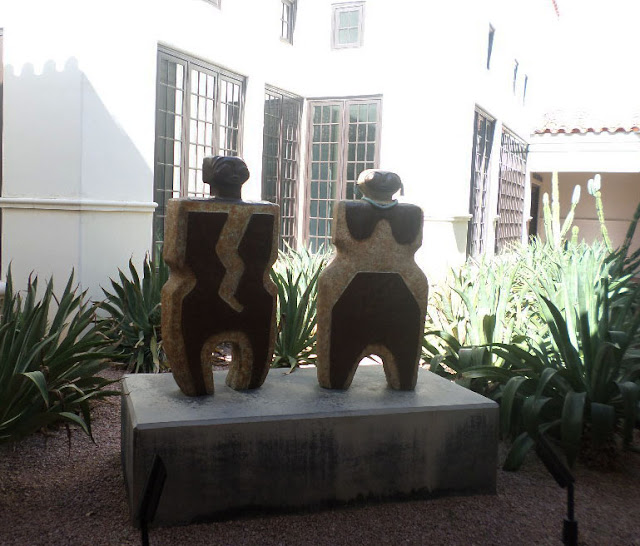 There were many amazing looking sculptures in the courtyards. 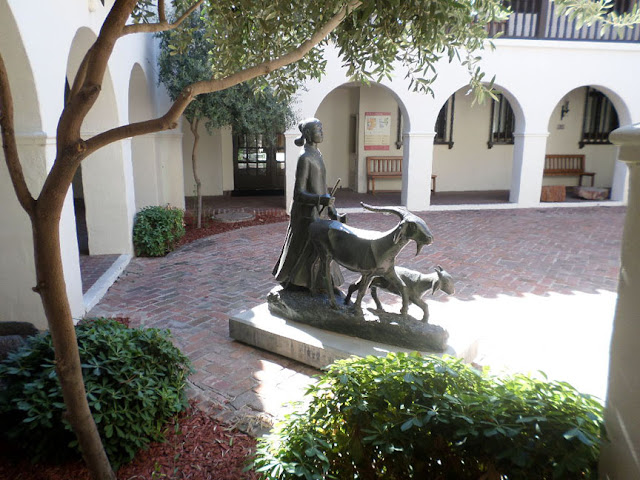 ...And there were many courtyards. 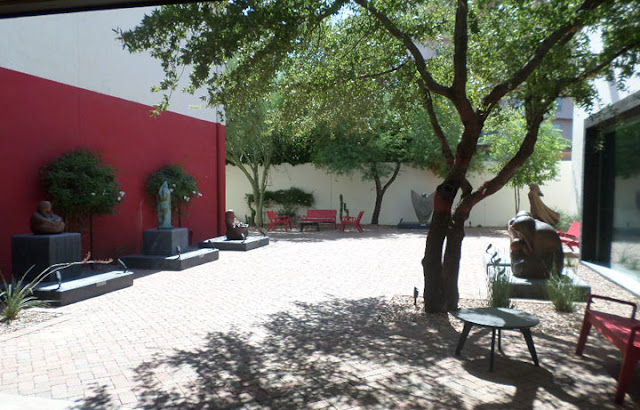 Serene looking spots that seemed perfect for sitting and drawing or writing, but the heat is too much this time of year, so visitors would just quickly cut across them in search of an entry to a different section of the building. 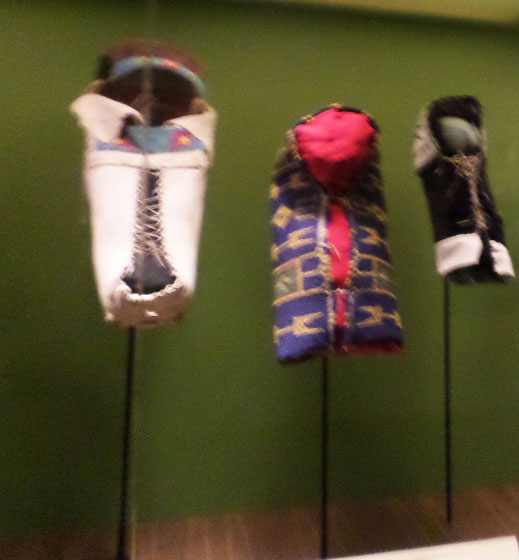 I was drawn in by this showcase in particular.  It reminded me of when I lived in Bariloche, Argentina. Often I would see aboriginal women, from Bolivia I think, wearing native woolen dresses and strapped on their backs were what looked like rolled blankets.  It wasn't until I was standing next to one of these women while waiting for a bus that I realized there was a baby in there. The baby was crying from inside the blanket roll and she was swaying back and forth in a motion that is familiar to mothers all over the world.  I have no idea how she managed to get that baby on her back, as I couldn't even manage not getting tangled in a baby sling when my girls were small. 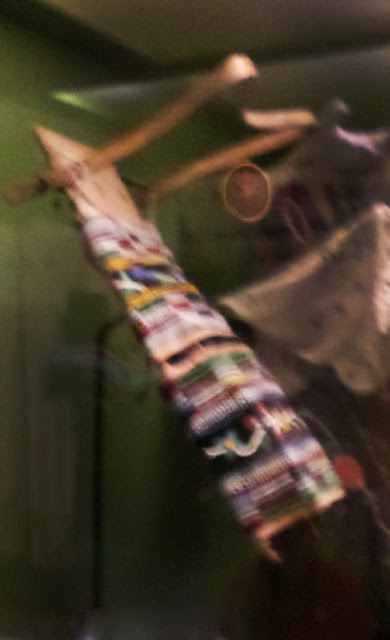 This baby carrier even came with a little dream catcher. 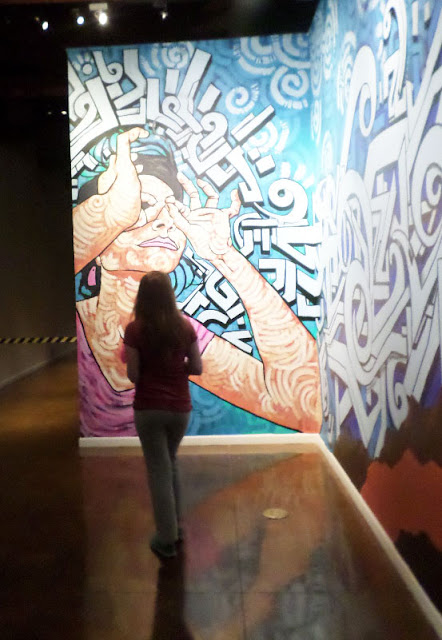 I really enjoyed this mural in progress. 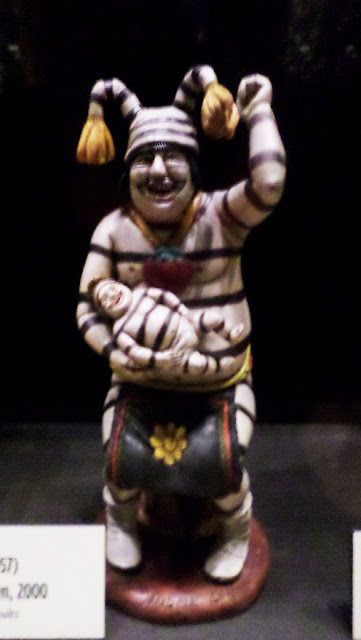 In fact, all of the contemporary Indian art made the Heard Museum more interesting than I'd ever expected.  In fact, we'll probably be back some time.

Late last night as I set out with the dog for his nighttime walk, I was blasted, instantly with the hot wind.  While I pushed my way through this scorching onslaught, with my hair coming untied and flying in my face, I began to realize that I felt exactly no cooling effect from this blast, it still felt just like 100ºF.  It was because I wasn't sweating.  One of the many benefits of the fabulous dry heat with low humidity is that you don't sweat unless doing something strenuous... Which makes the wind just a bunch of hot air.

In other news, I took out my 2 youngest kids out for school supplies.  They were both flabbergasted by the fall display in the next aisle, full of jack-o-lanterns and faux autumn leaves twisted into wreaths.  Here in Arizona it's a real slap in the face because we're so far from when it cools off.  In fact, we have three more months of these temperatures!
Email Post
Labels: aboriginal peoples back to school Heard Museum hot air Native Americans wind windy