TADA! Here it is! Mike's cover painting for my big book of "The Horribles" (my all ages comic).


I think it came out amazing, and I'm so excited for the new book!!

When my kids are home from school and hanging around all the time, I'm always looking for things to do, just to get out.  So it seemed like maybe we could try First Friday again, (the first one each month is a big gallery, music and art event downtown.) 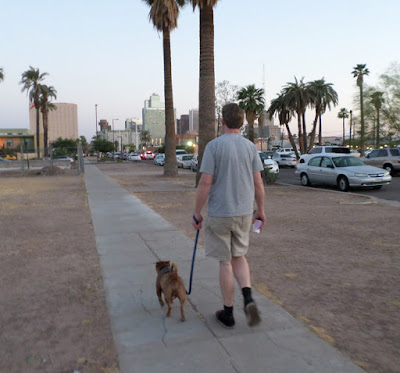 So we grabbed the dog and our two oldest kids (Naomi didn't want to come) and headed out. 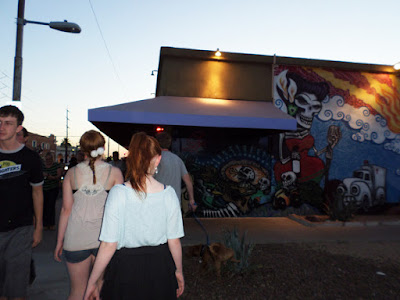 Even though temperatures have been in the triple digits it seemed like since it was at night maybe it'd be ok.  We were wrong.  It was SO hot, I almost passed out.  I did stumble a bit on a street corner and veered straight into the closest restaurant and got some water.  After that we just got the girls some Italian ices and left. 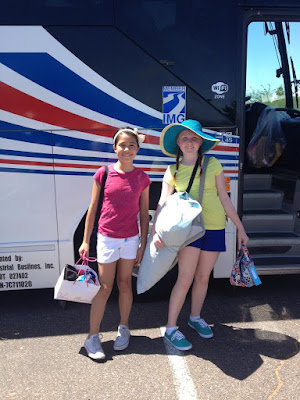 On Sunday, Phoebe's obsessive packing and repacking her bags ended the only way it could.  She was finally off to camp up in Prescott.  Here she is with her friend, Nina, boarding the bus. We pick her up at the bus tonight after six days in the mountains with restricted showers (every other day).  She'll smell great I'm sure. :P

After our fiasco at first Friday, Chloe and I went out to find some kind of indoor activity.  We decided to check out the State Capitol Museum, as it's free and the New York State Capitol Museum was always an awesome outing, with a carousel, incredible displays and a nice cafe on the roof. 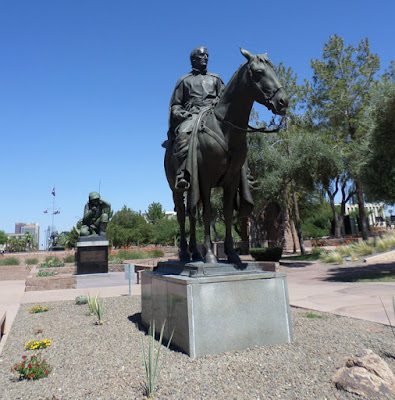 The capitol park looked promising next to the building. 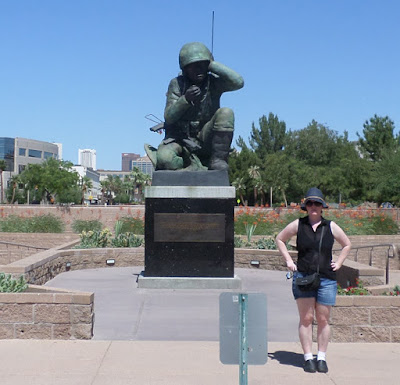 In fact I wished we could explore it as it was full of many sculptures, but it was "sear your skin off" weather. 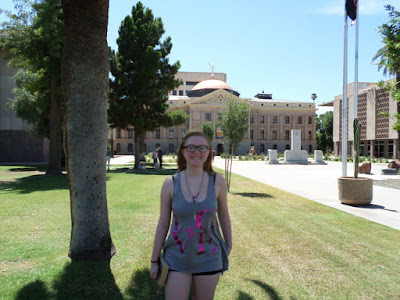 Here's Chloe out in front of the building. 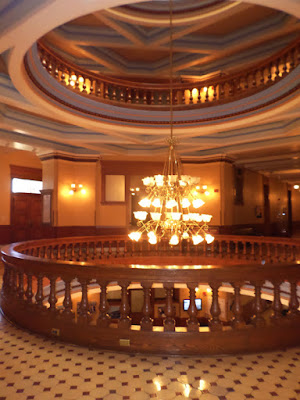 It seemed like a nice building, though MUCH smaller than the NY State Capitol building. 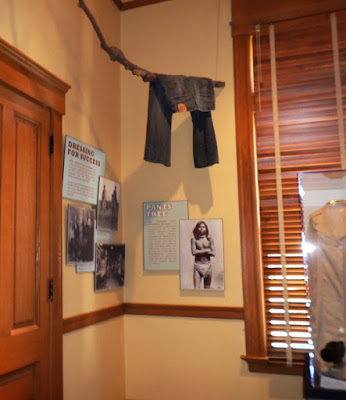 The displays were, how can I put this.... really dull.  This is a pair of jeans.  I think they left them there to remind me of how I could be doing laundry now. 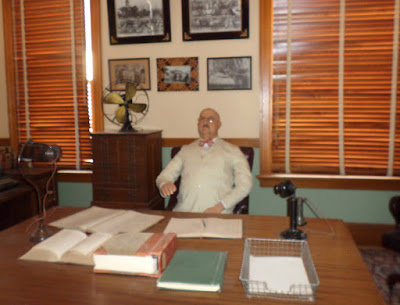 This was a wax guy, but I can't remember who it's supposed to be. 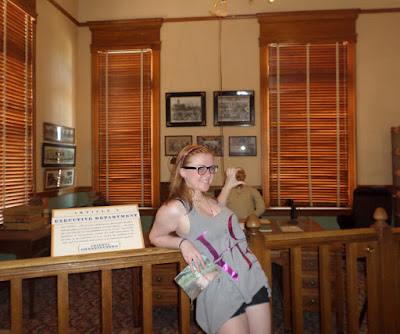 This is Chloe, squishing his head.  Okay, that was juvenile, but this was one of those museums where you have to entertain yourself.  At least there was a/c. Anyway there are other museums, I think we'll be trying their a/c next time.