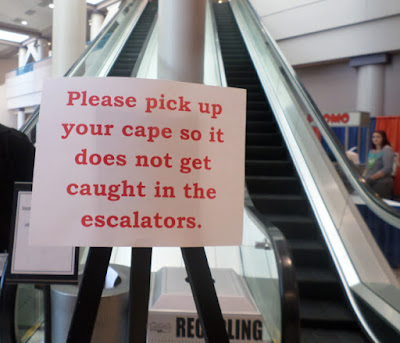 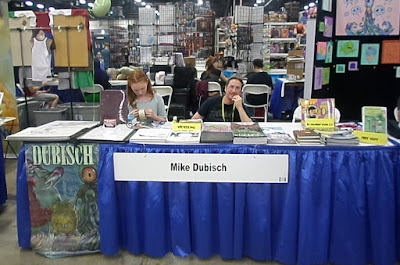 Here's Mike and Phoebe hanging out at the booth. 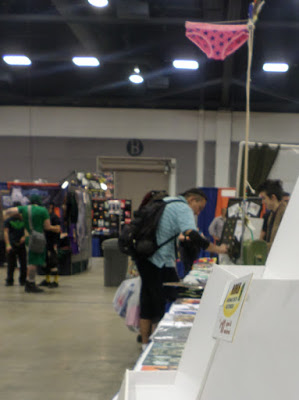 So the kids can feel comfortable and walk around on their own we always find a nearby landmark to help them find our booth. This was our landmark. 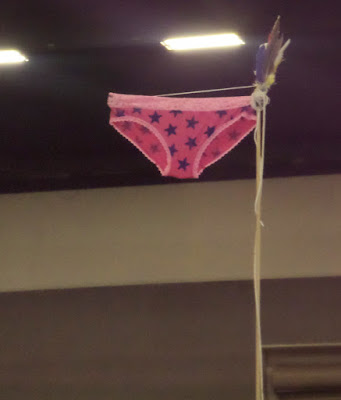 On the plus side, they appeared to be new and... unused. 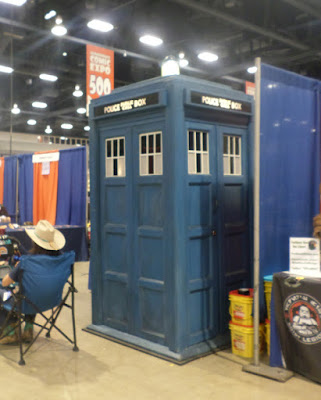 Much like every con there's always a "tardis" from Dr. Who. 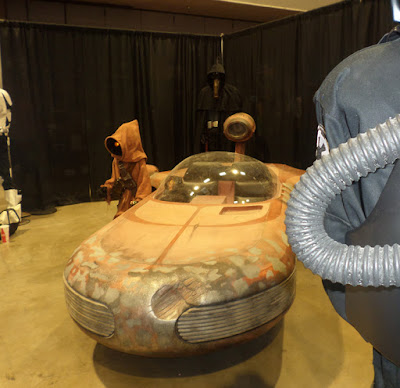 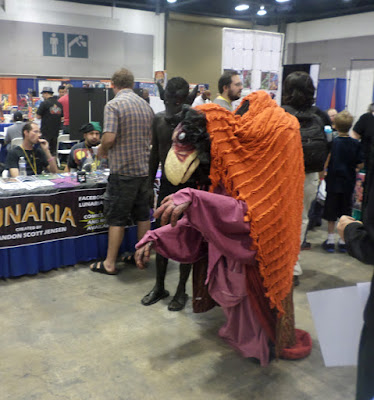 And some great cos-players (people who dress in costume), like this one from "The Dark Crystal". 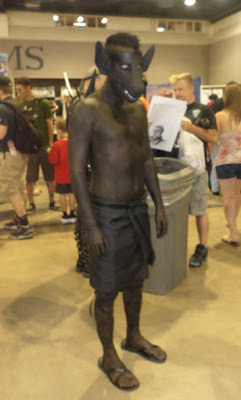 ...And this guy!  Who was actually promoting a movie, and seems to be at every comic con these days.  Unfortunately I forget what movie. 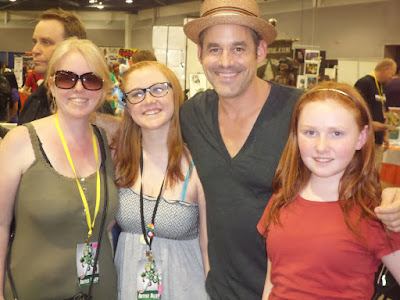 This was the coolest thing that happened.  We met Nicholas Brendon (the guy who played Xander in Buffy The Vampire Slayer!).  He acts very much like his character in the show and was trying to give us his half eaten donuts (which we passed on, but probably should have taken to sell on eBay).  Chloe actually went to his panel "Q&A with Nicholas Brendon". She even asked a question.  She spoke clearly and projected in the crowded auditorium, so he asked "Are you a reporter?"
"Umm.. no."
"You asked that so well, are you in theater?"
"Not right now."
"Well you should be!"
So for the rest of the convention people around the hall would point her out and walk up to her and say "Hey you're that reporter girl!" 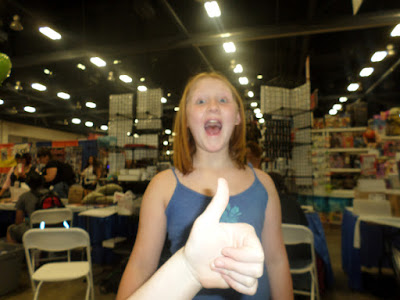 This con wasn't as busy as most we go to, but the kids had a blast, and on the last day Naomi sat down and started drawing portraits for a quarter.  She had more customers than we did, obviously we charge too much!