A weekend at comic con

This past weekend was Phoenix Comic Con, and here is Mike at our booth, where we spent most of our time. 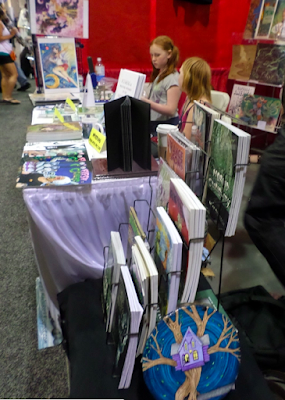 Phoenix Comic Con has been getting busier each year, so by Saturday it was pretty crowded. 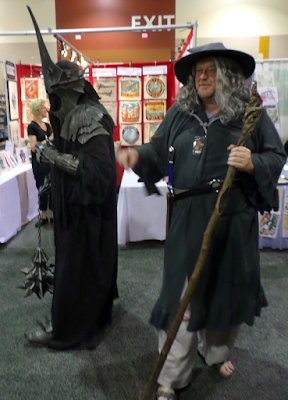 Like at all comic cons there were many interesting characters walking about. 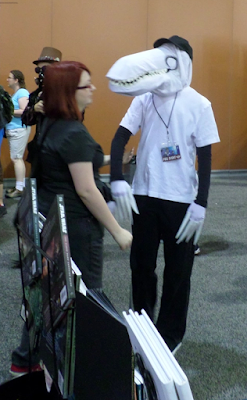 So many different characters that I didn't recognize, actually. 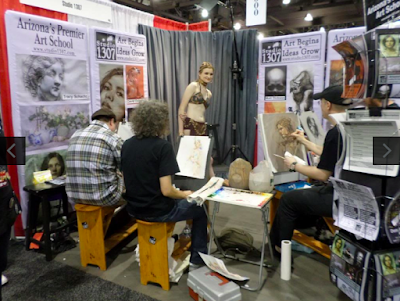 This was an art school's booth that was running life drawing sessions. 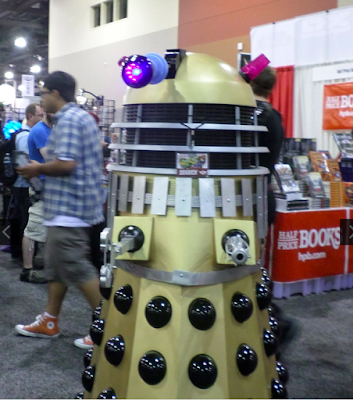 This is a robot. 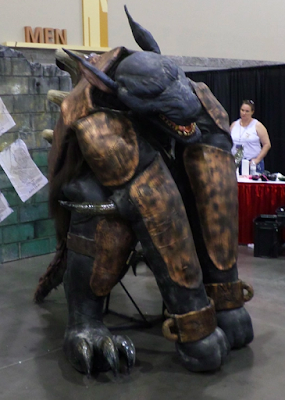 Some kind of wolf creature -I think there's someone inside there. 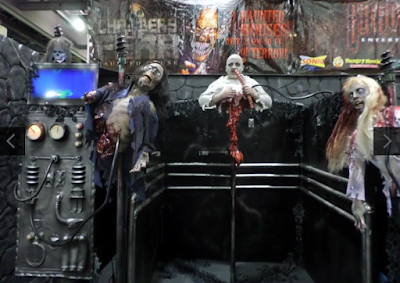 And here is the half man. This booth was very close to us and the actor (in the center) was moaning almost continuously. 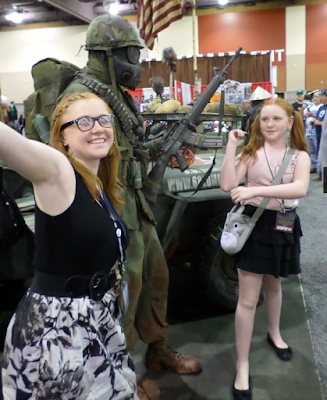 There were a lot of interesting booths and A LOT of zombie booths.  "The Walking Dead" is wildly popular and some of the actors were there. 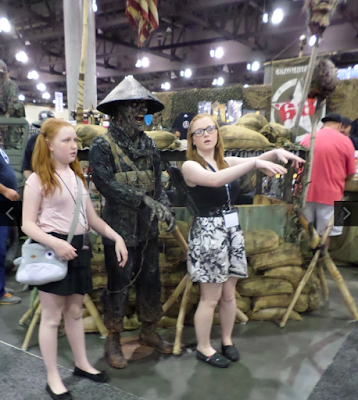 Chloe and Phoebe posing as undead. 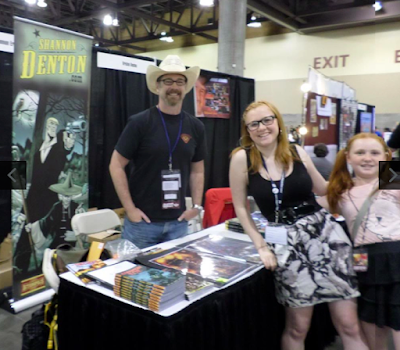 We also saw some old friends. 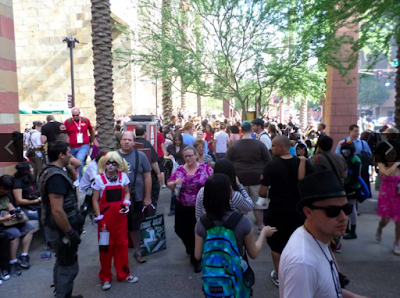 On the last day, in the last hour of the convention, an alarm went off and everyone was evacuated onto the sweltering streets upstairs. 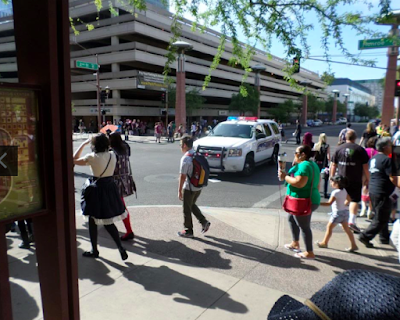 Unfortunately, at the moment the alarm sounded my kids were off with some friends. We had to evacuate without them.  The alarm it turns out was for a fire on the third floor.  They quickly put it out and then allowed exhibitors back inside. 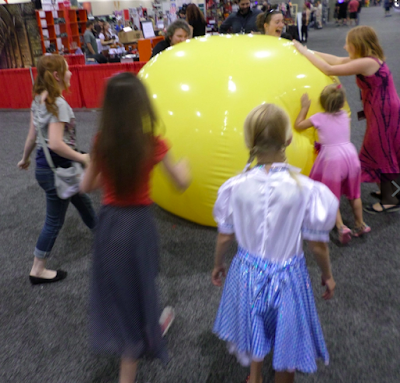 It didn't take long to find the kids, they happened to be by our friend Jon S Lewis's booth. Once inside our kids and his helped one of our neighbors deflate this giant yellow ball that was part of their display. 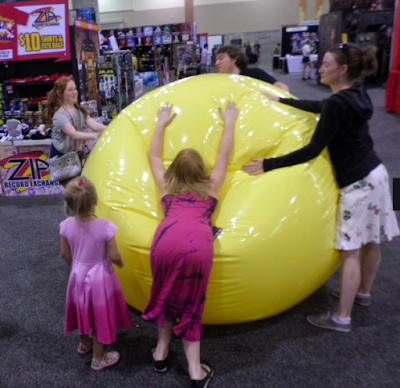 Needless to say they had a blast.

Unfortunately, as we fumbled our way home from the comic con to our car, the bungee cord on the cart came loose and smacked my right hand. My knuckle has turned a lovely shade of purple and has swollen up. Somehow I will complete the sketches for the book I just agreed to work on.
Email Post
Labels: comic con evacuation fire Phoenix Comic con purple finger robot zombie