Christmas was a quiet one. On Christmas Eve Nana and Grandpa stopped by for presents and dessert... 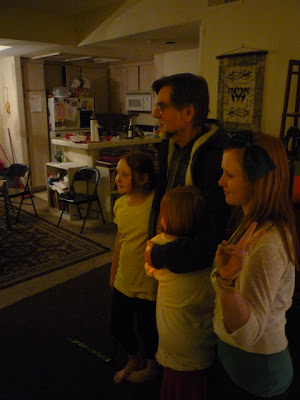 We've all been recovering this week since the flu descended on the house.  By Monday, though we were feeling much better, so on Tuesday we headed up to Universal Studios to use our passes one last time before they expired.
Unfortunately when I bought them I didn't pay much attention to the fine print about blackout dates, which is what Tuesday was.  So we were turned away at the gate. In an attempt to make our journey through L.A. traffic worthwhile we headed over to Venice Beach to check out the boardwalk. 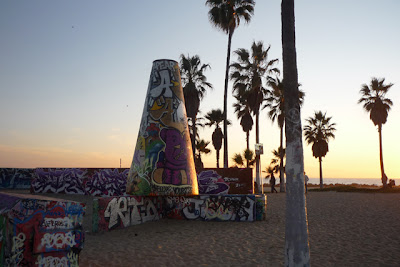 These are the art walls. Street artists can paint anything they like here but must get a permit (which is free). 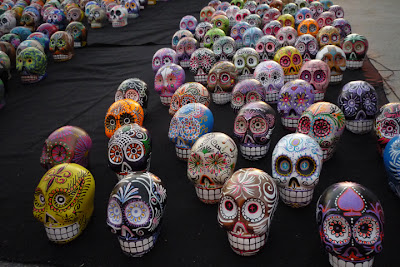 And we found the famous fortune telling machine, Zoltar, from the Tom Hanks movie"Big"....
It wasn't "Grinchmas" at Universal but it sure was a beautiful sunset.
Today we woke early (for vacation) and headed down to the San Diego Bay to catch the "Big Balloon Parade"... 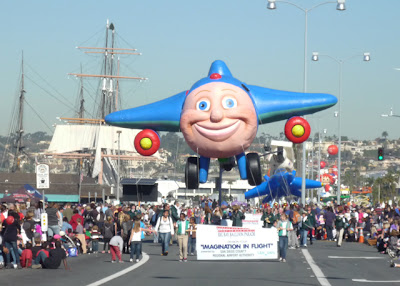 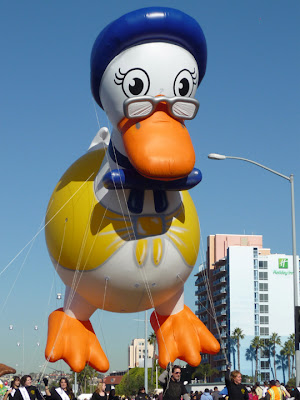 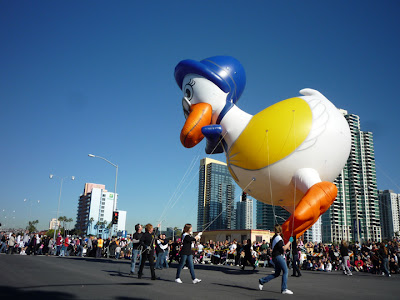 Apparently maneuvering a giant balloon near the waterfront is a challenging task.  They kept losing control of these things right next to us! 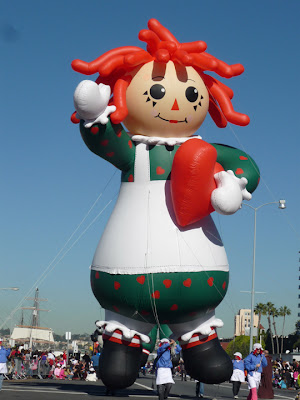 Raggedy Ann was a favorite of the children standing near me. 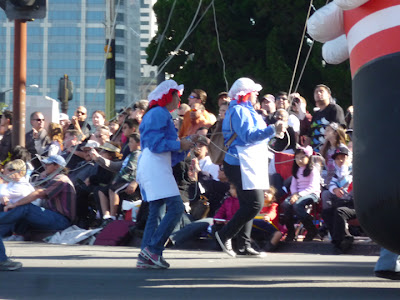 Her "handlers" all dressed the part and the little girls nearby loved it! 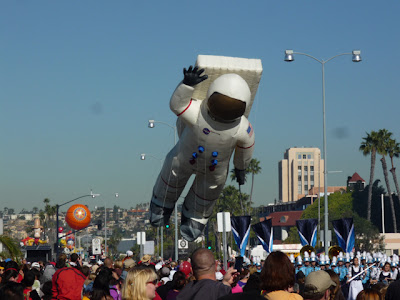 This astronaut was my favorite one. Perhaps because I once co-designed and built an astronaut amusement ride. 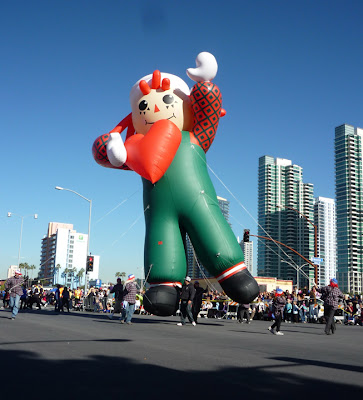 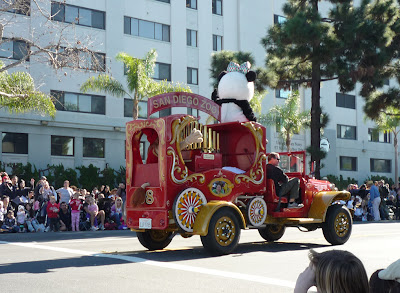 If it happens in San Diego the zoo is there! 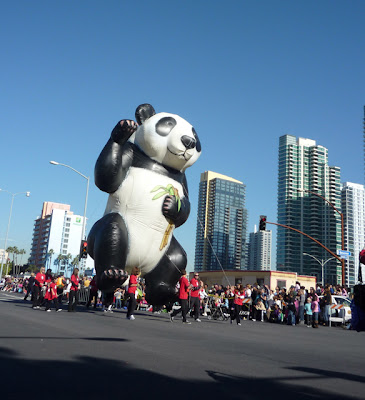 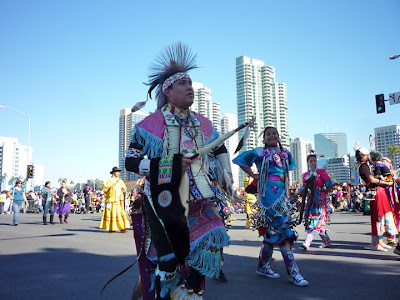 Some of the Native American dancers in what must have been some very hot costumes (they were all smiles though!) 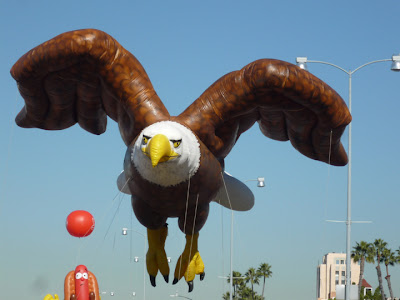 They were followed by this giant eagle balloon.... A VERY hard balloon to manage, it was crashing and turning every 100 feet! 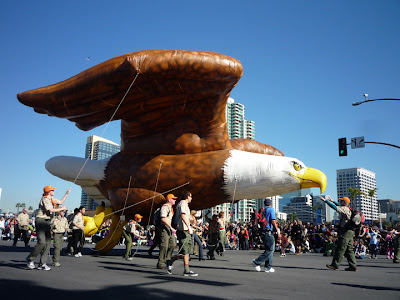 Here he is nearly hitting the ground. Those boy scouts really had to work hard with this guy. 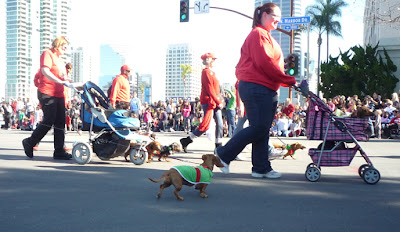 And here's a crowd of wiener dogs.  They were tossing plastic hotdogs into the crowd! My kids were never so excited to get a dog toy! 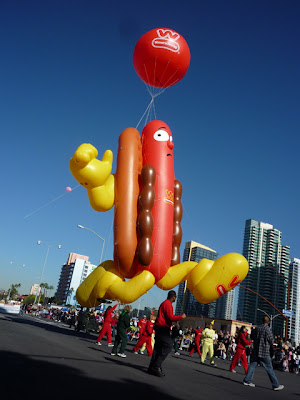 And here's the giant wienerschnitzel balloon looking good as he "ran" by. 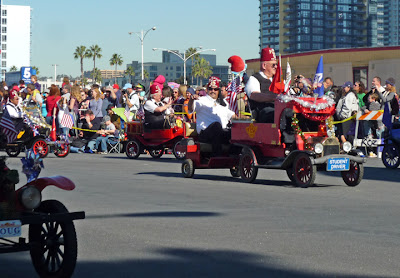 Like at every parade the Shriners were there in their tiny cars and fez's.  It's funny (and somehow endearing) that some men come to a place in life where they decide to do this with their free time. 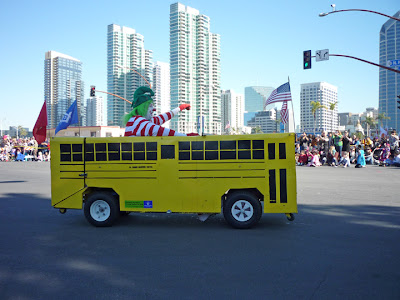 There was also a clown in a tiny bus, though I can only assume there are many more clowns in there than just this one... 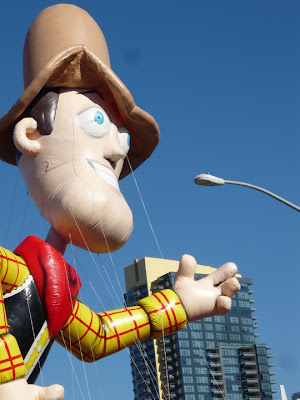 Woody also spun about overhead, but Mike took this great shot of him! 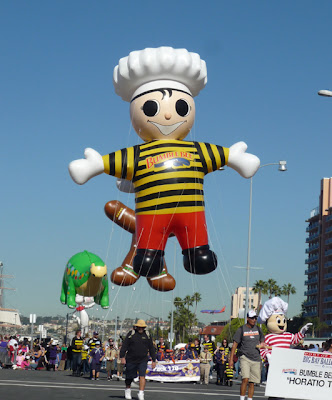 This was truly an impressive parade and very nearly worth the horrible sunburn I managed to get. 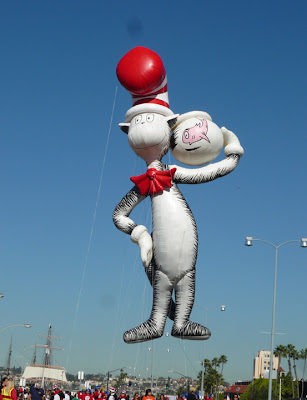 It ended with the "Cat in The Hat" and then everyone cleared the sidewalk.  So we headed over to the festival on the Broadway Pier. 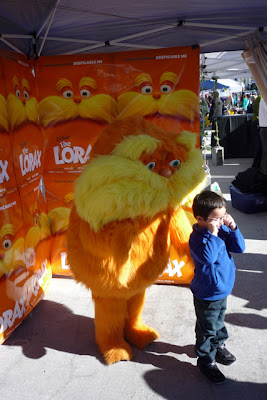 Over at the fair we found the Lorax posing for photos.... 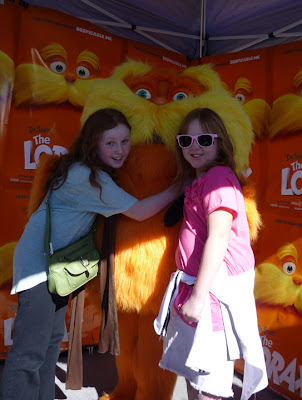 So of course the girls had to pose!
Email Post
Labels: boardwalk christmas parade sick The big balloon parade the Lorax Venice Beach