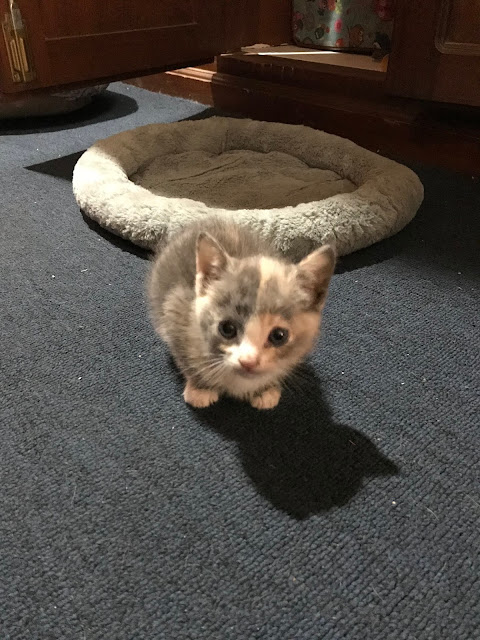 At the end of last week we were approached by the Mazatlán Animal Rescue to see if we could foster three kittens. After mulling it over and figuring out how to house them safely away from our 2 older cats we said yes! As you can see they snuck in an extra one and brought four. 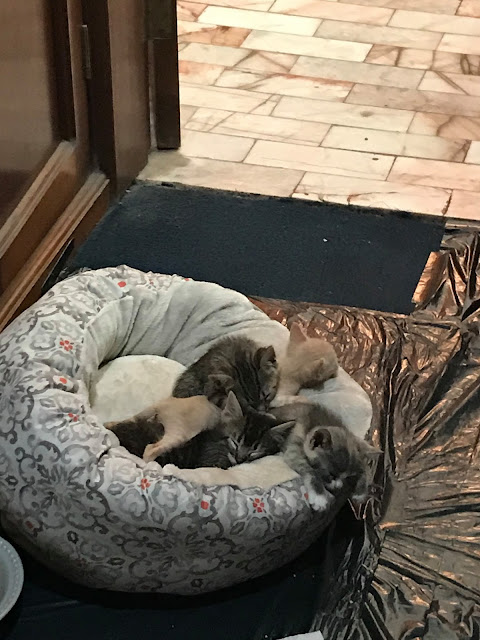 Anyway, they are such tiny little ones. 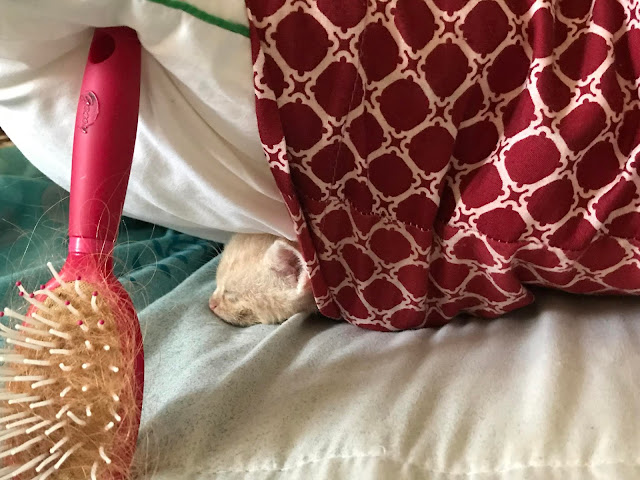 This ginger kitten is the smallest and is so, so tiny. They are all about 4 weeks old. Their Mom was not with them when they got them from the street. This one has bonded with my oldest daughter Chloe who has decided to adopt him herself. She's going to bring him with her to school next year (which we all hope will happen, this pandemic is making things crazy). 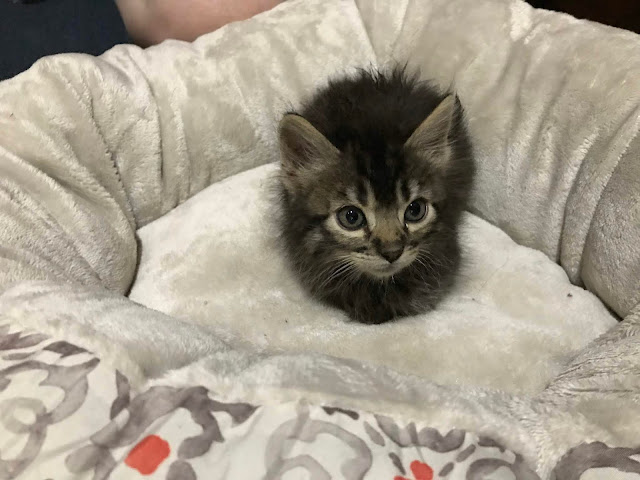 On Sunday morning I was wiped. I woke up to  these little ones learning to use the litter in the middle of the night. Lots of 3am cleanups. Anyway that day I started sharing their pictures around Facebook and this little guy was adopted and picked up that night. He's in his new home and is now named "Timmy". 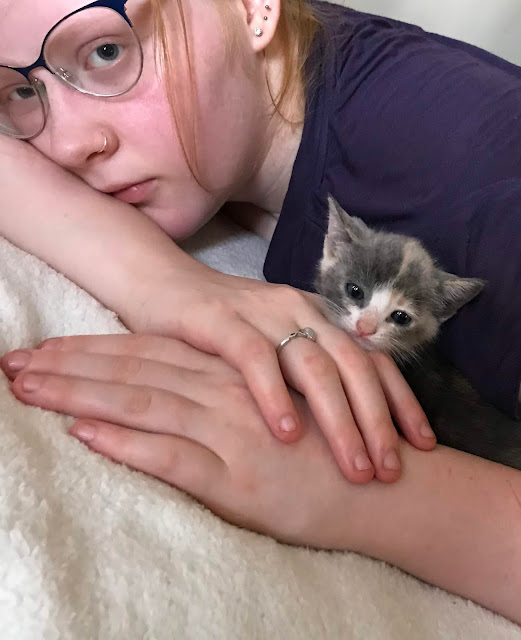 Then today we said goodbye to this sweet little girl, who's getting a big house with a walled in yard downtown. 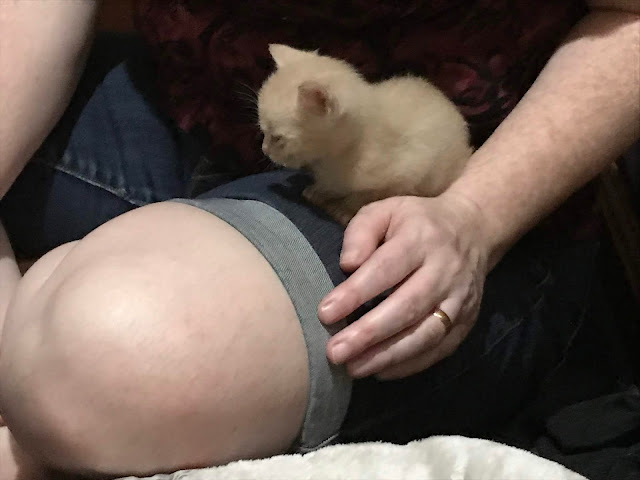 It's been exciting to do something different while we're all stuck in lockdown. 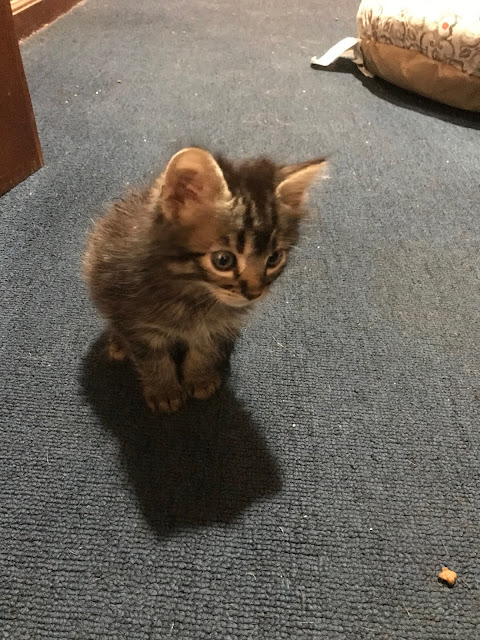 But it's really hard not to get attached, and I don't want to end up with a house of cats!