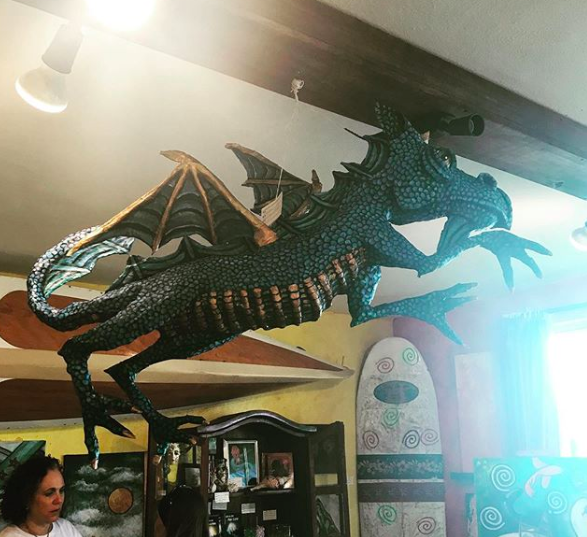 Over the last month I've been building this dragon. 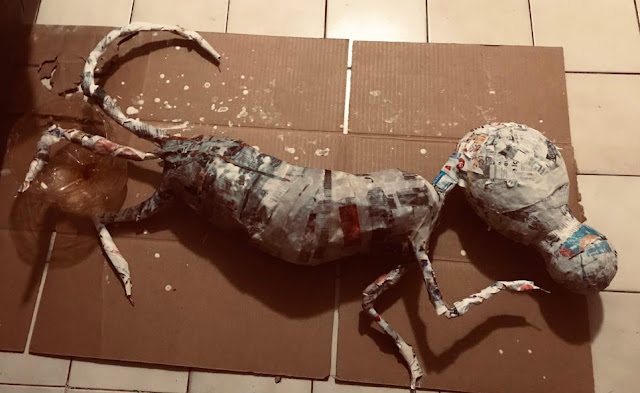 Building creatures in paper mache is a long slow process for me. Masks I can make in a couple of days but creatures have many different stages with lots of drying in between. This is the dragon after just  5 days of different stages including an armature. 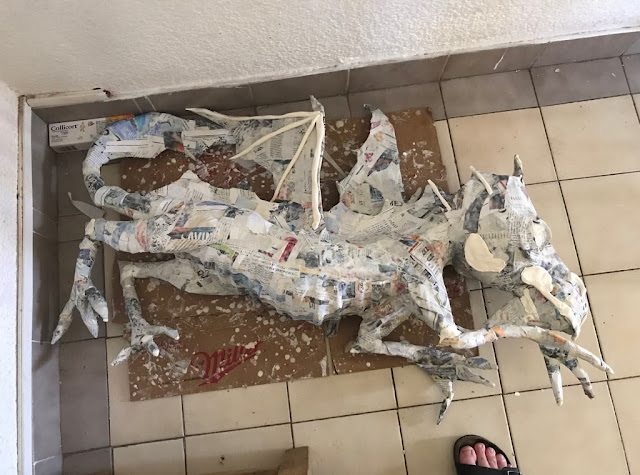 This is much further along after adding wings and more clay elements. Here you can see some air drying clay added to his face and wings. This is about 8 days later. Each stage has to dry so it takes some time (usually overnight). 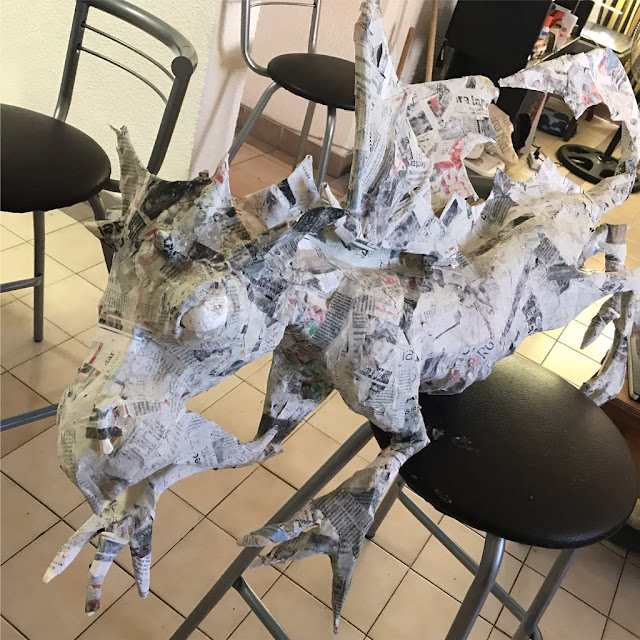 Here he is propped up on a stool because our kittens kept breaking the wings and we were still in our little apartment so I stuck him up and away. 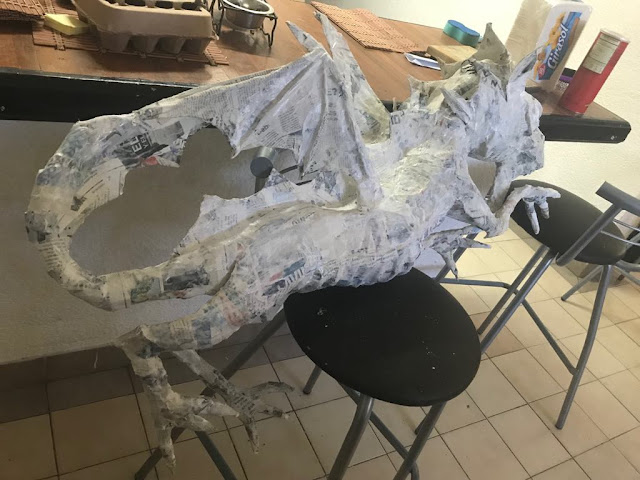 This is right after adding spackle. Unfortunately the spackle I can find in Mexico is very gel like and takes overnight, sometimes longer to dry so that slows down the process. After this I had to carry him down the street to our new house. I got a lot of muttering stares as I passed a huge crowd of Americans sitting at a large Thanksgiving Dinner in front of their building (Thanksgiving was celebrated by expats a day late here due to the flooding). 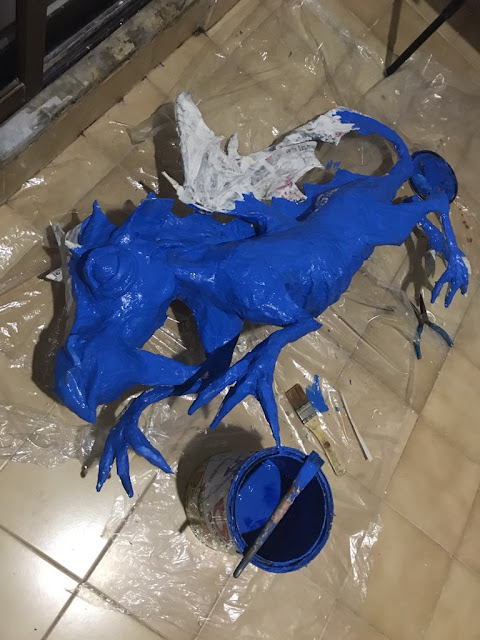 As soon as were settled in our new place I started painting him. I needed to use some of the leftover paint from my mural in Walamo, so I chose blue as the base. 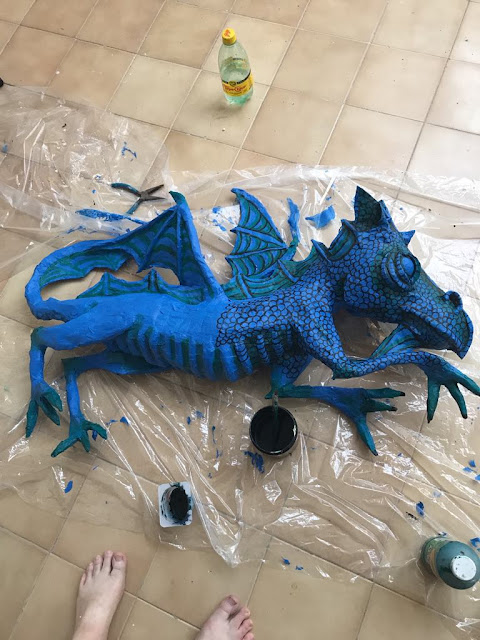 Then I began to paint the scale pattern. 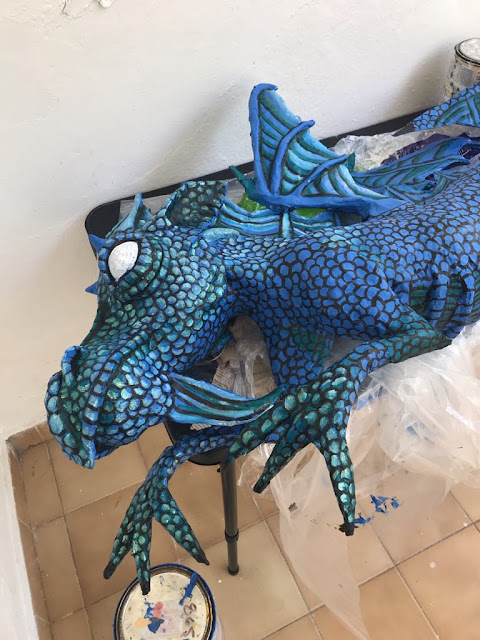 I began to render scales . I used this crazy paint I bought in Chinatown in NYC called "interference green", which caused the shiny green and blue effect. 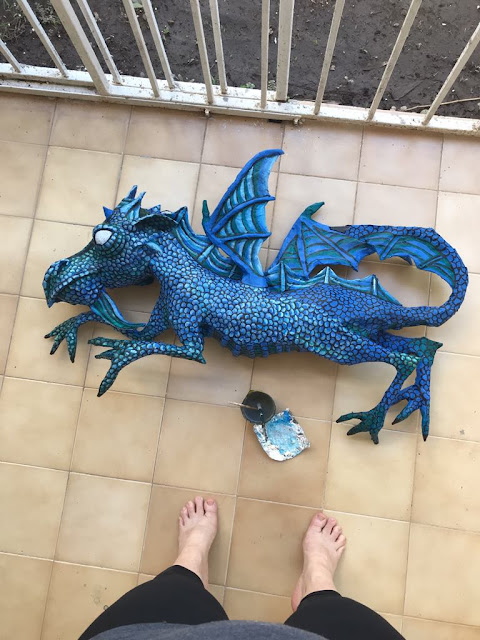 This is him on my back patio. At this point I was covered in mosquito bites (who had a population boost because of the rains), and freaking out that I might get Dengue Fever. 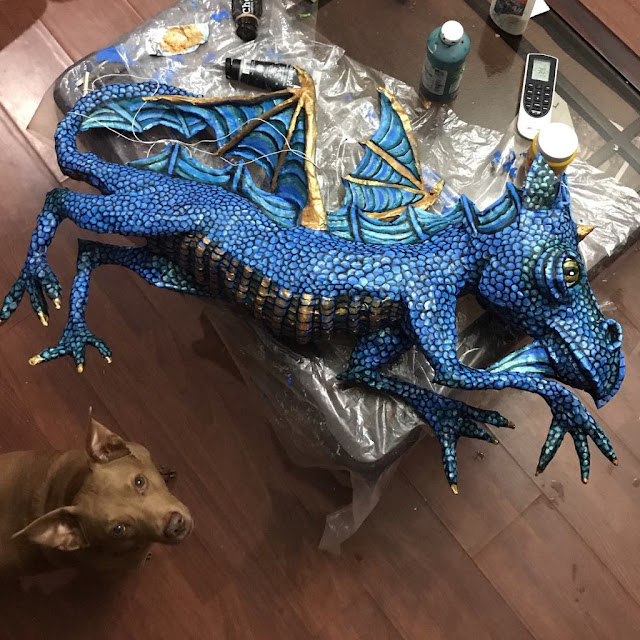 I pushed through and finished him with hours of focused painting in time to prep him for the gallery. (Yes, that's Oscar, the dog that is at all times no more than 3 feet away from me). 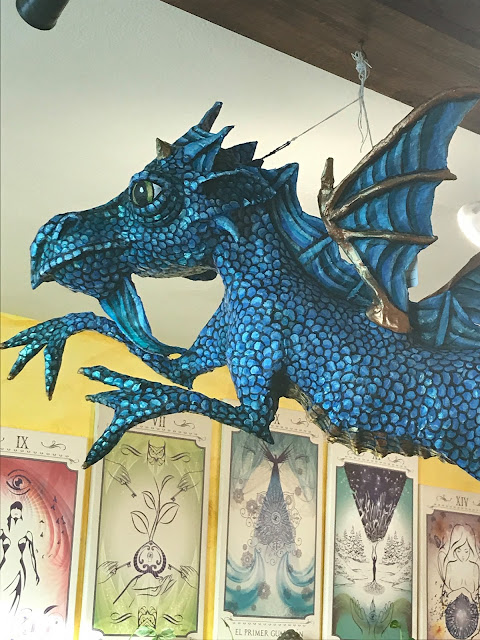 And here he is spinning from the ceiling of the gallery in Olas Altas. 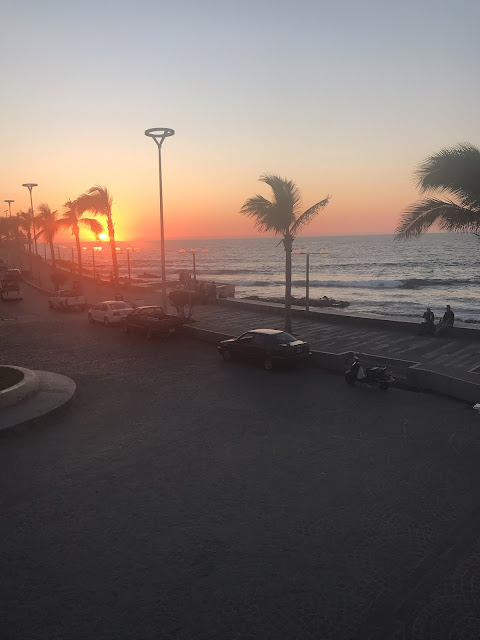 The gallery itself has a spectacular view, and also happens to overlook the parade route for Carnaval (coming in February). So I have just begun one of my biggest creatures to date to be hung off the balcony for the event! So, ya know, stay tuned!