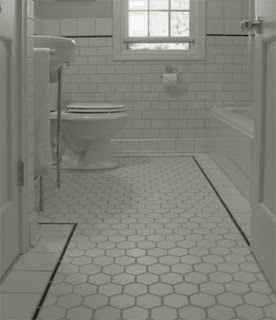 I remember the day that he saved me. Mike pulled me off the cold floor of the bathroom and overcame the cultural anxiety that had been crippling him. Keeping him from talking and leaving the house. He had Spanish fatigue, hell so did I. We'd been living in Argentina for 7 months, and that day he got our neighbor to call a remis and got me to the hospital, stumbled through more Spanish and saved my life.

I'd ignored the paralyzing cramps for a few weeks. I spent a 22 hour bus ride from Buenos Aires curled in a fetal position shaking and then brushed it off. Denial is a powerful thing.

That morning was nothing special. I took the girls to the store for stickers and school supplies, then I was hit with cramps again. Stunning, and agonizing pain in the middle of a store with my three very young children. I somehow brought all three girls back to our building and hunched over in the elevator, trying not to cry and scare them more than I already had, waiting an eternity for the 7th floor. Then I stumbled into the bathroom, and just laid down. I thought I was dying, maybe I was. I heard my six year old tell Mike, "Mommy's laying on the floor in the bathroom" It seemed as though she was very, very far away. Her voice was a tiny bell.

Our neighbor watched the girls. I think. Someone did.
Also I lost the baby. Which was surreal because I didn't know I had a baby.

Weeks later I went to a parent teacher conference for Naomi. Her teacher showed me a picture Naomi had drawn months earlier, before the hospital, before the trip to Buenos Aires. It was me with a baby in my belly. My four year old knew I was pregnant.
Email Post
Labels: Argentina bathroom children ectopic pregnancy living abroad miscarriage