2 days ago Mike and Naomi and our friend Kraig headed off to California for the 50th San Diego Comic Con. 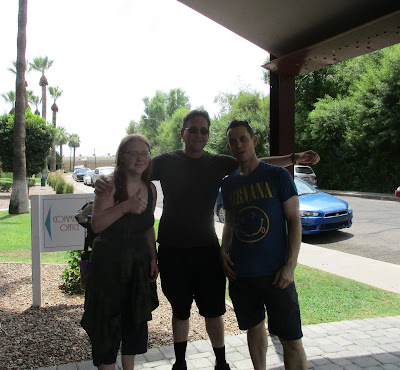 From what I hear, it seems like it's going well. 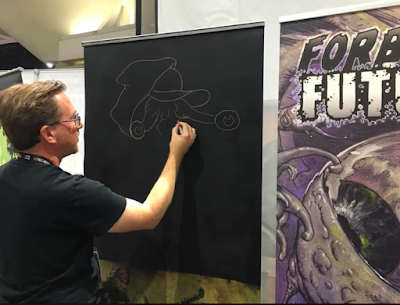 Here's Mike drawing at the Forbidden Futures booth. They're promoting the release of issue #5 of the magazine. Naomi is wandering around enjoying the con. 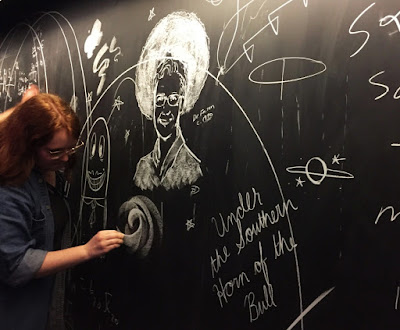 Phoebe is still at Yale learning about astrophysics. Here she is drawing her professor on the chalk board. They seem to like all of Phoebe's chalkboard drawings. 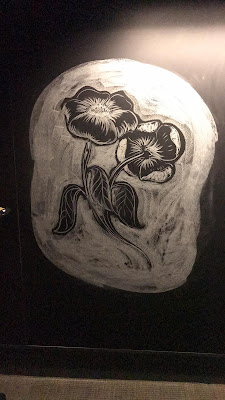 There's some talk of her designing Yale's astronomy merchandise. She says the program is really challenging and sometimes when I message her she'll respond at 10pm, which is 1am in Connecticut. She says she has very late hours in the Observatory to watch the stars.

Anyway, I'm just home on my own this week (with the pets). I'm doing Goodwill runs and trying to sell things so we have less stuff for our move to Mexico, which at this point is 6 weeks away. The clock is running down.