Last Days in Mexico and the trip home

Our last day in Centro Histórico we spent exploring and drawing. 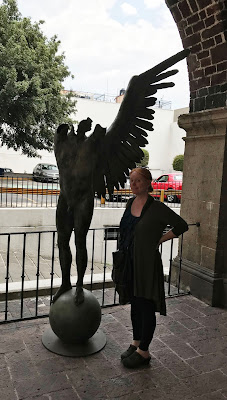 We wandered through the Museum of Latin American art. This city seems to have museums on every corner and this one was free. 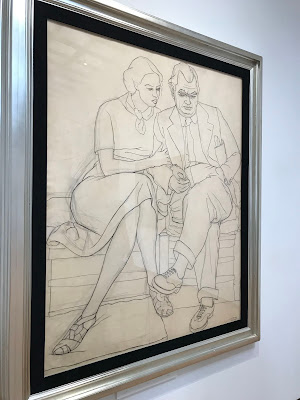 The museum also had this incredible drawing by Diego Rivera. It was so massive for just a sketch. 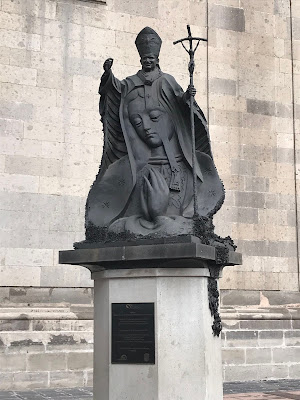 Over by the Zócalo was this bizarre sculpture of the Pope merged with an image of the Virgin Mary. It was so strange looking I had to photograph it!! 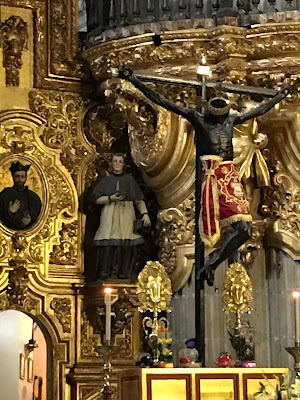 This is inside the Cathedral, one tiny corner actually. The cathedral was stunning inside.... STUNNING!!!

On our last night we are walking near the Bellas Artes museum at night in the rain. The streets are busy because they always are in Mexico City. I point out to Mike a woman on a bicycle crossing the busy intersection. She has a little girl on the back in a seat with no harness, just holding on to her Mom.Mike says "Well that looks..."Then the woman hit a grating on the street and the bike flipped forward. She hit the ground and the girl went flying. In an instant they were surrounded by a crowd of people helping them up, checking them."....unsafe." 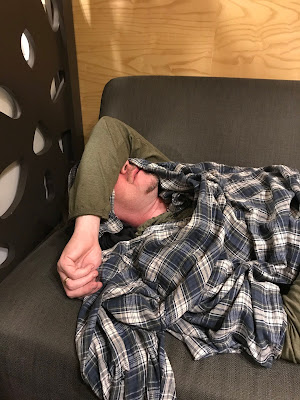 Early Thursday morning we rose at 3am and rushed over to check in at the airport for what was changed by the airline to a 6:30 am flight back. They told us our flight was tomorrow!! They changed the date as well. So we went ahead and booked a night at the airport hotel. When we arrived they told us we couldn't check in until 2pm!! 8 hours. So here's Mike camped out in the lobby as his stomach flu hit.  Around 8 am they took pity on us and checked us in. 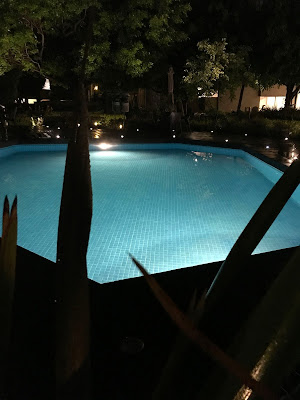 While Mike was crashing on the couch I took this photo of the fabulous looking hotel pool before sunrise. 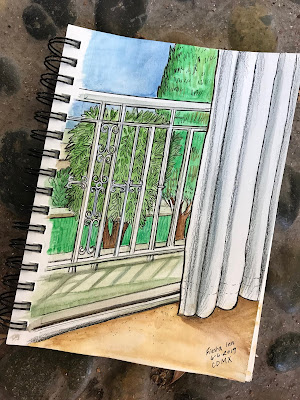 Most of our extra day was spent sleeping and I drew this from our balcony. Mike was desperately trying to get feel better before we had to leave the next morning. We also watched a lot of Star Trek Discovery. 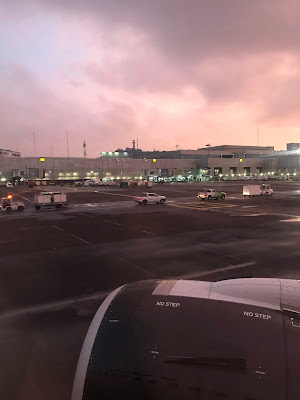 This is from the window of the plane at dawn. 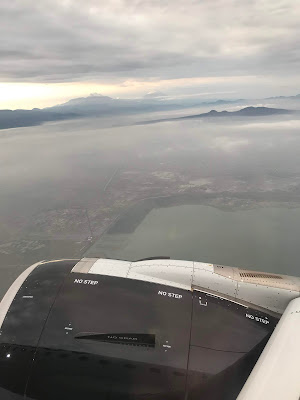 The rainy mountains after takeoff.


From there it was a one hour flight to Guadalajara where we spent our long layover. Fortunately we still had some Star Trek to watch and Mike and I were both still feeling queasy. Eventually we landed in Sky Harbor airport in Phoenix and made our way home.