Hit by a car and off to camp

Last week, Naomi went to meet her sister at a local cafe on her bicycle. We were worried because Phoenix was doing that thing where it's 114ºF (46ºC) so we peppered both kids with text messages while they were out. That didn't really do much as Naomi still got hit by a car on her way home. Just like a typical teen, she told the lady she was "fine" and came home with no information about her, so our trip to urgent care was out of pocket. She sprained her wrist and was scraped up a bit, but she was ok (thank goodness!!), and that's what's important. 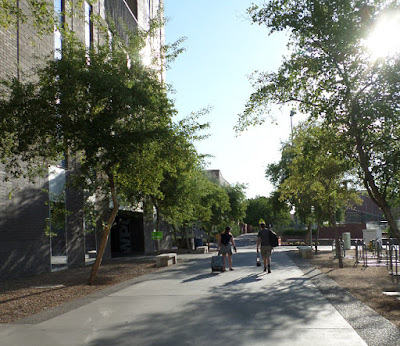 2 days later, Naomi left for her film camp, where she sleeps over at Arizona State University for a week and makes movies. She was pretty excited. 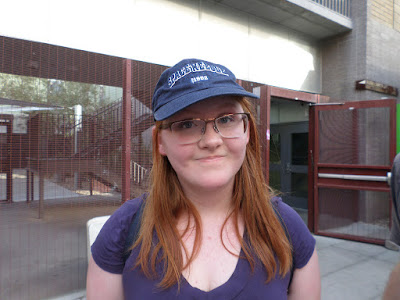 This is when we dropped her off. She has a roommate this year, well she did. She wrote me yesterday to say that roommates were dropping away one by one and a stomach flu is sweeping through the camp. Hopefully it won't hit her!!

This week it's just been Mike and me and Phoebe at home. Chloe left the day before Naomi to go to be a camp counselor in the California mountains. Mike and I are back to work mostly (my teaching doesn't start till Saturday). Last week I was interviewed by Kraig Rasmussen about my work and my residency in Morocco for a series called Storycraft. You can listen in here:

Also my mask orders that have been trickling in have just clicked in high gear. The costume department at "Crazy Ex Girlfriend" (a tv show on the CW) just ordered a whole bunch of my animal masks from my shop with the usual Hollywood deadline of "yesterday" so I'll be a bit busy for the next week!
Email Post
Labels: artisan masks camp car accident Crazy Ex Girlfriend film camp Hollywood Masks movies Naomi podcast Storycraft TV show