A weekend of Lovecraft in Portland Friday morning after dropping the kids at school Mike and I flew out of Phoenix and headed to Portland for the H.P. Lovecraft festival. It's been 5 years since I flew anywhere so it was all a bit disorienting. Coach has clearly lost another inch and a half of leg room (inches that I didn't think were there to eliminate). Also it was strange to sit at our gate for Salt Lake City, when the gate next to us was leaving for Paris, (not sure when they put domestic flights in the same branch of the airport as international flights). This is a photo from the window as we flew over Utah. 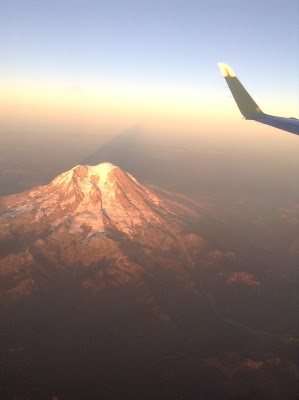 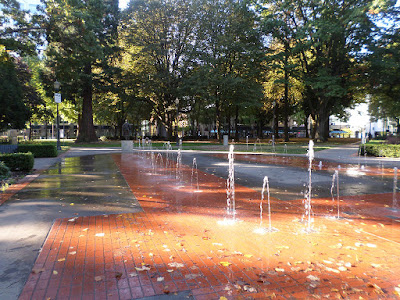 Arriving in Portland was fantastic. When we left Phoenix it was over 100ºF and the weather in Oregon was well like autumn. This was the fountain by our hotel. 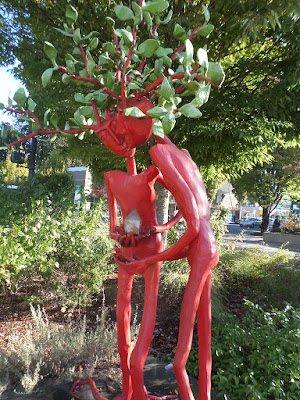 Tree People sculpture near our hotel. 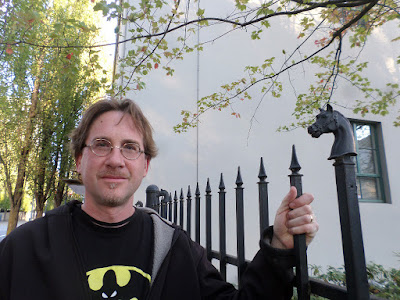 Mike in the city. 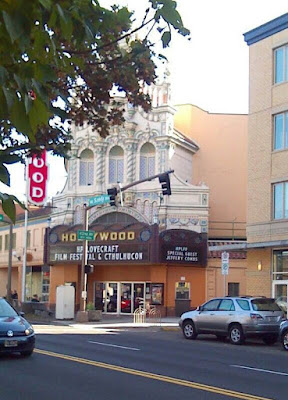 We headed straight over to the Hollywood theater for the festival, Mike was on a panel first thing. 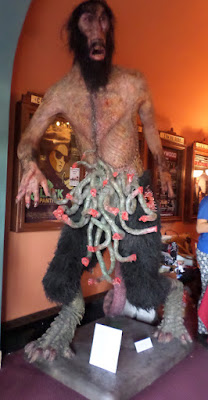 This guy was perched in the lobby. 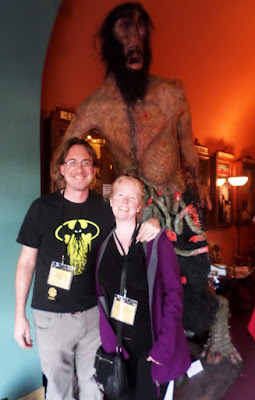 Us in the lobby. 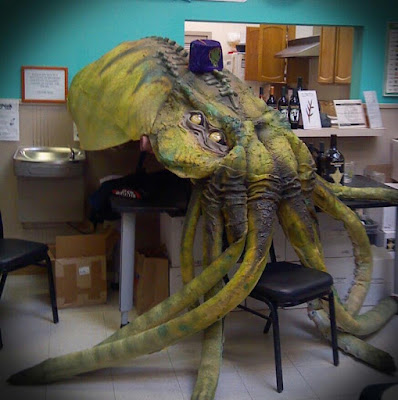 Chtulu lurked in the corner during the panel. 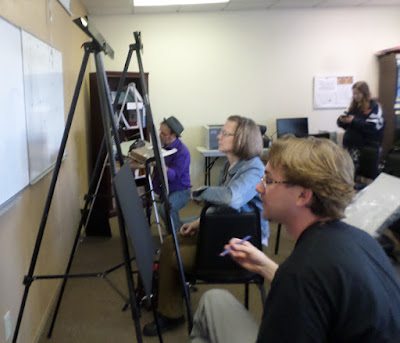 The next day was the Pickman's Apprentice Art Contest. 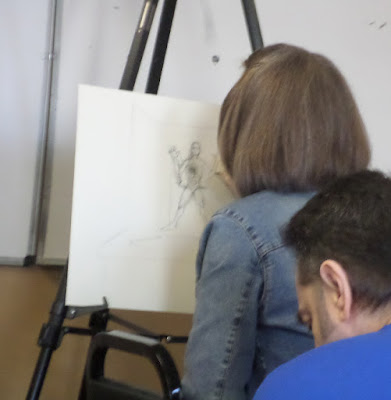 The art challenge was to draw the deep ones at a science fair. 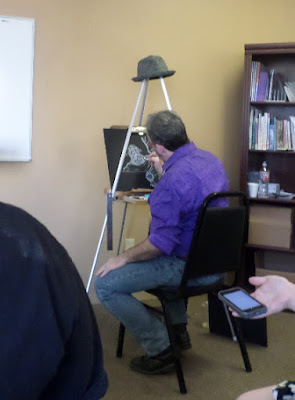 John Carlucci drawing during the contest. 90 minutes later they were all done 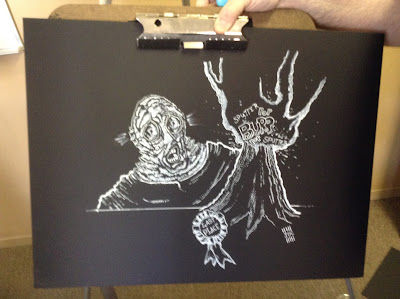 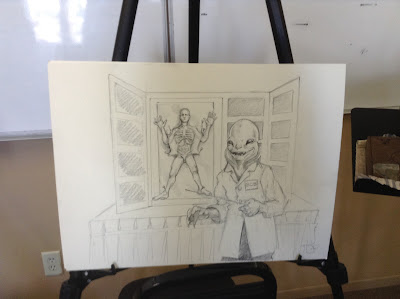 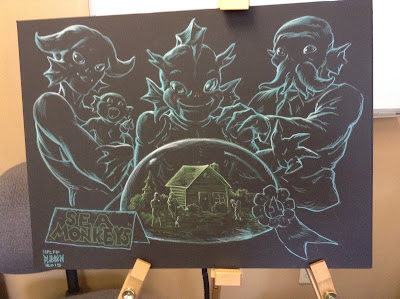 And this is Mike's finished art. During the festival attendees were invited to bid on them and vote for the best one. We just heard that Mike won! 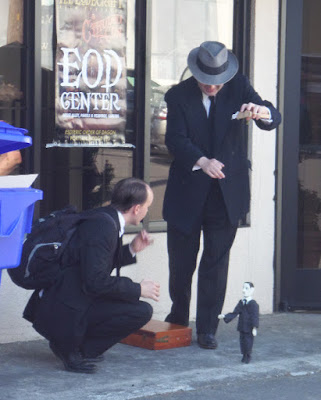 The festival was full of odd moments like when the HP Lovecraft impersonator began a strange exchange with the HP Lovecraft puppet. Overall we had a great time and Sunday afternoon we were back in airports. First we flew to Seattle (which was annoying being it was in the opposite direction). Then we waited around in Seattle for a LONG TIME! 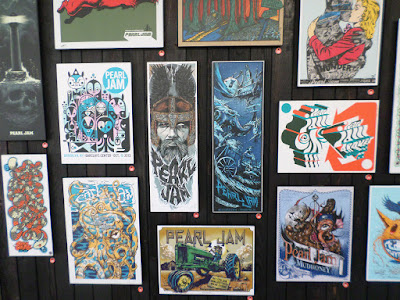 This was an incredible art exhibit near our gate. 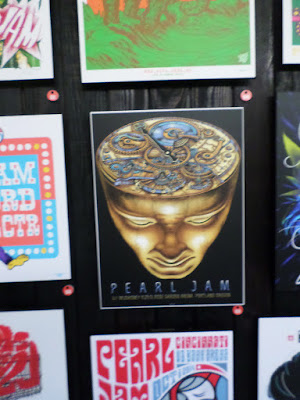 More images from the exhibit. 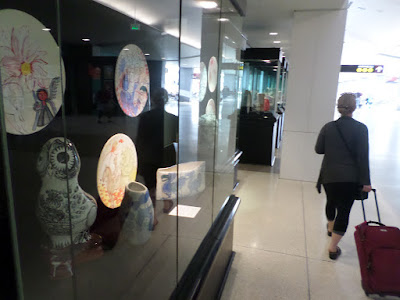 One more crazy, shaky flight and we were back in Phoenix (which, by the way is an amazing light show coming in at night by plane). 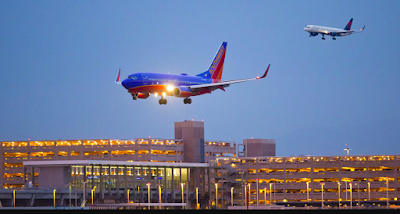 Anyway this morning we were back at the airport. Chloe flew off to Seattle to spend her fall break with my brother Duncan and my sister-in-law Kristin... She just landed.