Last Days of school and chalk art in Scottsdale

A little over a week ago Phoebe completed 7th grade and has been hanging about the house, writing list after list of things to pack for her big trip to Washington DC.  She's going with her school and will be leaving at 4am tomorrow morning!!  She's a bit excited to say the least.

On Thursday Naomi joined her on summer break and has been reading one book after another, and prepping for her big summer trip to Seattle, Washington to visit my brother and sister-in-law. She's really excited and will be flying all on her own for the first time!

Chloe is finishing her Junior year, and still has three more days of school left next week. She has finals and the SAT coming up on June 6th, but still took time to assist me this weekend at the Fairmont resort in Scottsdale for their Carnival themed chalk festival. 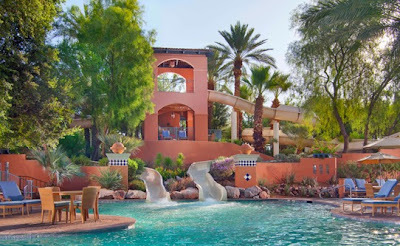 Since the images had to be "Boardwalk" themed, I scrolled through illustrations I already created instead of designing anything new.  I decided to try and recreate 2 images from my short film... 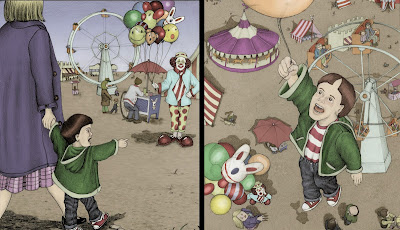 It was only about 87ºF on Sunday so we lucked out considering it's late May. 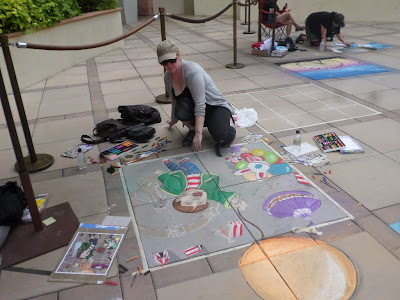 Here I am working on the first mural. 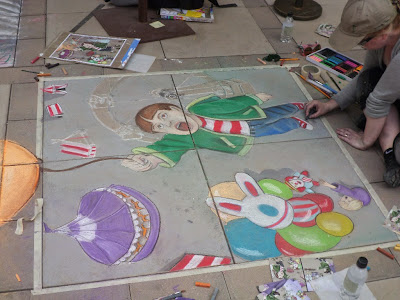 Here it is in progress. 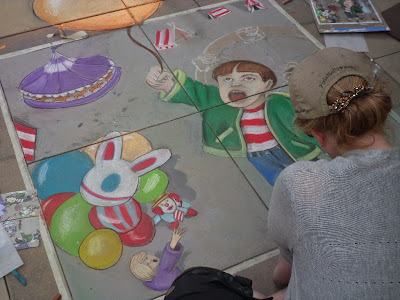 These murals were smaller than I usually do, but we had to do two in one day, so it added up to more work in the end. 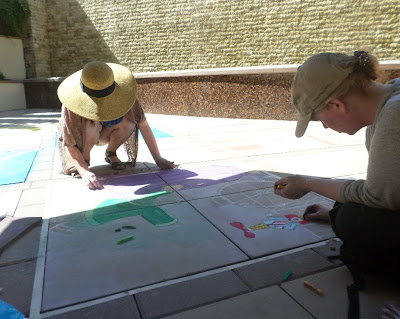 This is my only picture of Chloe working.  She was a great assistant though. 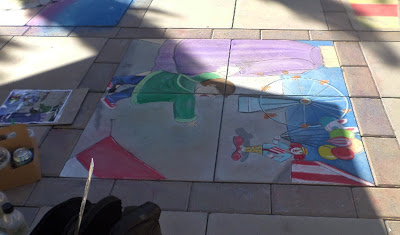 Unfortunately this is my best shot of the final mural we did that day. 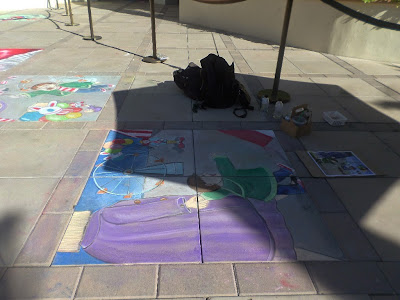 Again, not great photos but here you can see both murals complete.

Chalk artists had been coming in all weekend.  These are some of the best finished murals I saw... 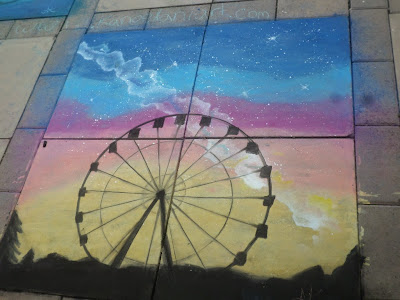 A ferris wheel at night. 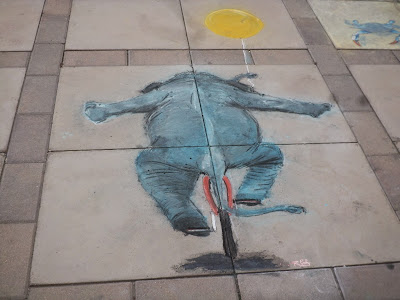 The elephant on the unicycle. 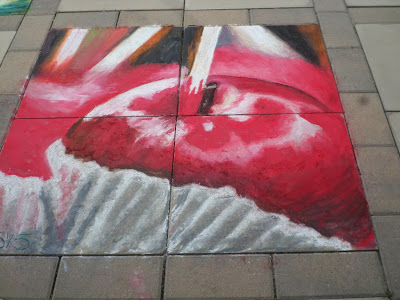