Last weekend was another trip out of town.  This time we brought the whole family to San Diego for my father-in-law's 70th birthday, (which was my birthday as well). 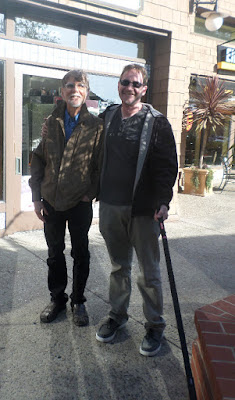 This is Mike and his Dad, Russ in Pacific Beach. Unfortunately Russ in late stage Alzheimers. 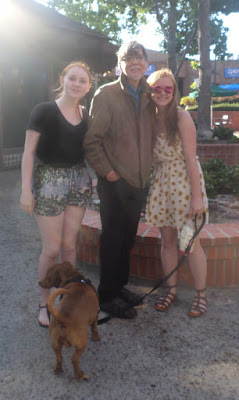 Here he is with Chloe and Phoebe. As you can see we brought the dog who offered much needed comic relief every time we dragged him into the elevator at the hotel.  He was particularly hilarious when we had to go up the glass elevator to our 5th floor room! 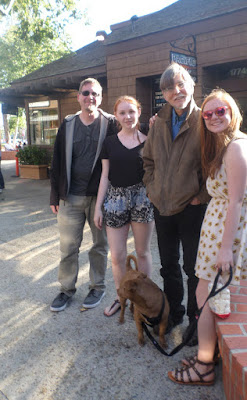 Mike, Phoebe, Russ, Oscar and Chloe when we were wandering around Pacific Beach. 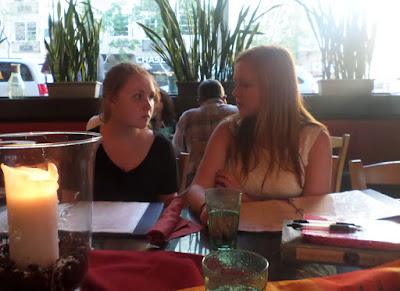 Phoebe and Chloe in the restaurant in Little Italy waiting for food. 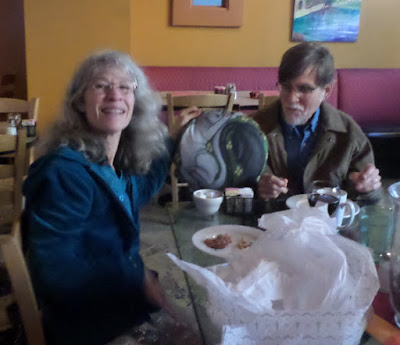 It was also Russ and Claudia's wedding anniversary, so we gave them this "Kitty Cat Ying/Yang" pillow from my online store (they really like cats.) 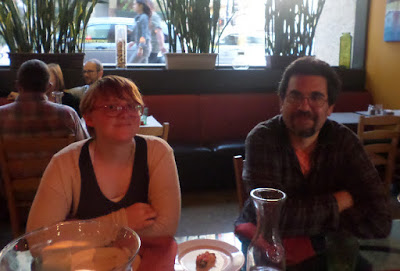 Mike's older brother Rob was there for dinner.  Here he is sitting with Naomi. 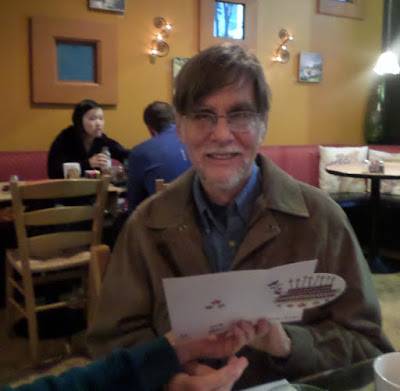 Here is Russ holding his card.  I don't think he can read anymore, he couldn't even open the gifts himself. 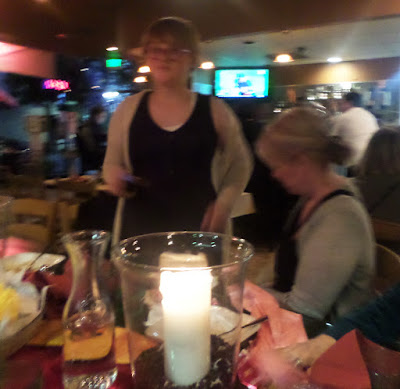 There were gifts for me as well.  Unfortunately this blurry picture of Naomi and I is the only one of me all weekend. 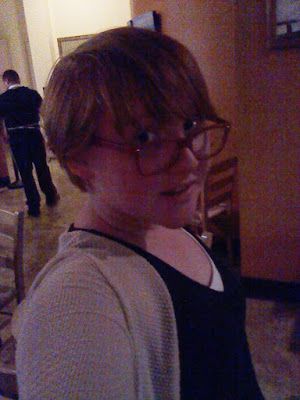 And here's a good shot of Naomi at the restaurant. :) 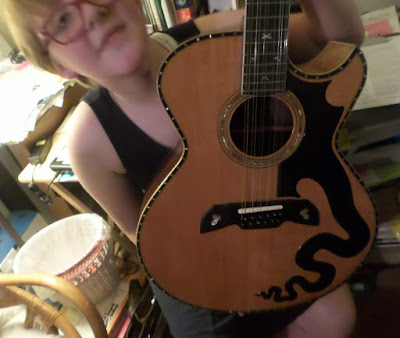 After dinner we went back to their apartment.  Claudia got out this 12 string guitar that Russ made (he's actually made a few) and played some music he'd recorded years ago. Listening to him sing and sound like the person he once was, was nothing less than devastating for us all, especially Mike.  Russ was a physicist and worked for NASA years ago, now he can't remember his wife half the time. This was the saddest birthday I've ever celebrated. 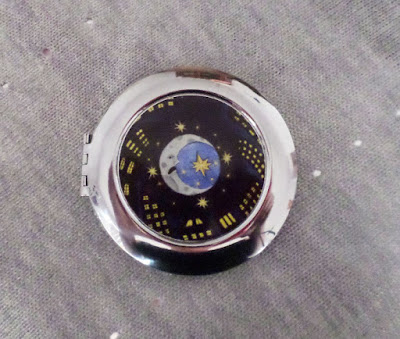 When I got home I received my compact in the mail.  I ordered it to see how it would look. This is my "Moon and Stars" painting printed onto it. 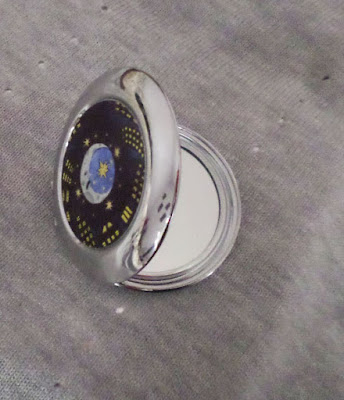 I have to say this product looks amazing!

Anyway, this week I've been finishing up my sculpture for my solo show... 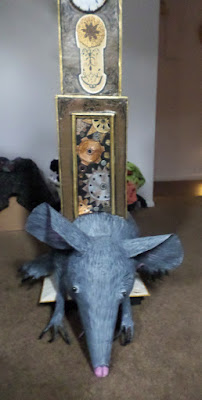 Unfortunately it was hard to get a complete photo of it. 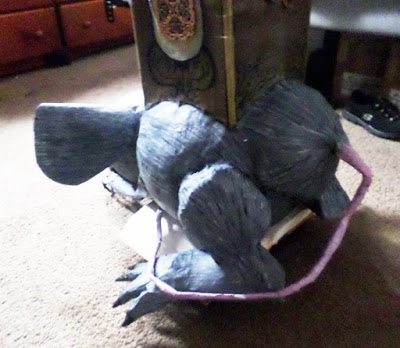 Anyway my solo show is in August and I'm in a mild panic about getting all my large sculptures done!  Hopefully I will get on the ball and get 2 more done this coming month. 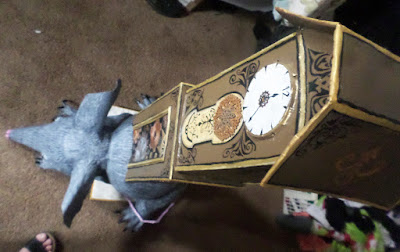 Yesterday we saw Chloe onstage at "Fruitful" in The Little Theatre downtown.  It was a five minute play festival and Chloe's performance in "Drama Queens" was fantastic.  We laughed all the way through. Photography wasn't allowed but I'm hoping to share a video clip of it here in the future (fingers crossed!).
Email Post
Labels: 5 minute play festival birthday Books of Whimsy clock tower compact Little Italy moon and stars Pacific Beach San Diego travel