Last weekend we did something rather daring.  We left our children in charge and went to San Pedro in the LA area for the HP Lovecraft Film Festival... Just Mike and me!!!


It was sort of astonishing to find ourselves without responsibilities... No kids, no pets, and Mike wasn't even running a booth to sell his books and art this time.  So we slept late, used the hotel hot tub and watched the films.

Not that the weekend was uneventful.  I did manage to get ticket leaving Arizona.  My registration is slightly expired (I sent it in!! I did, but they sent my check back saying I needed an emissions test, and well I haven't gotten round to that.) 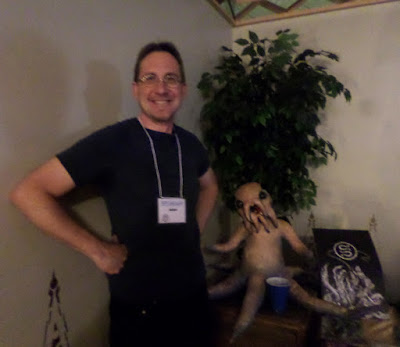 This is Mike posing with a creepy baby creature he designed for a short film called "Stay at Home Dad". 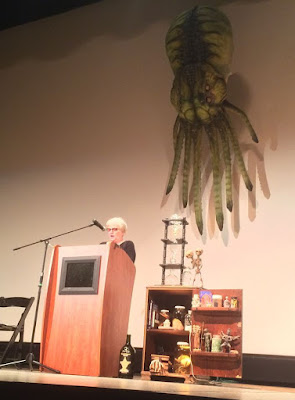 Cthulu lurks overhead during a reading. 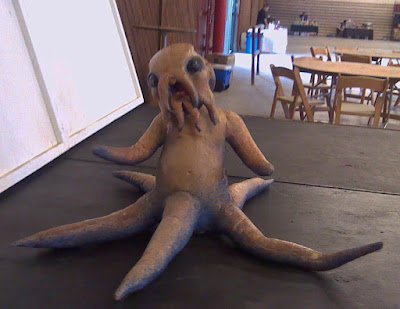 A better photo of the baby creature prop. 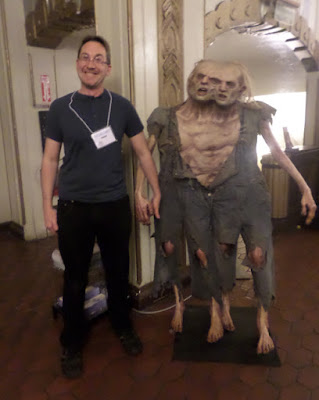 Mike posing with the Siamese monster, another prop from one of the films.

As guests for the event we were brought out to dinner and had access to the open bar in the theater.  At the special dinner there was a British actress from one of the films.  She had started drinking during the meal.  After dinner Mike and I watched a couple of films and then went back to the hotel to relax a bit before the "Super Secret Late Night Screenings" event thing.  When we got back I saw the actress again.  It seems she had been drinking for hours.  Right before the screening and live show she went to where the dancers were changing, stripped off her dress and and walked out naked in front of the screen.  Someone managed to get her dressed and home, but it was the talk of the festival!

On the last day Mike was competing in the Pickman's Apprentice Art competition... 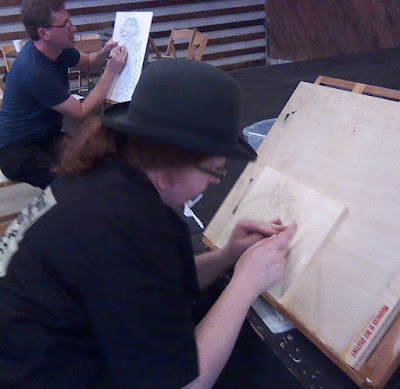 Here he is drawing next to wood cut artist Liv Rainey Smith.  The theme they were assigned was Tsathoggua changing a tire (Tsathoggua is the toad god from Cthulu mythos). 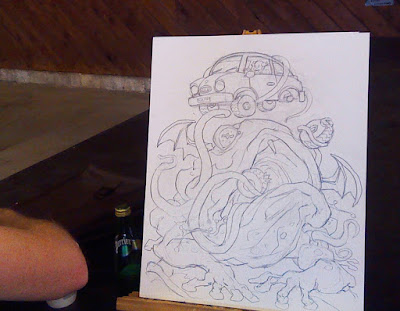 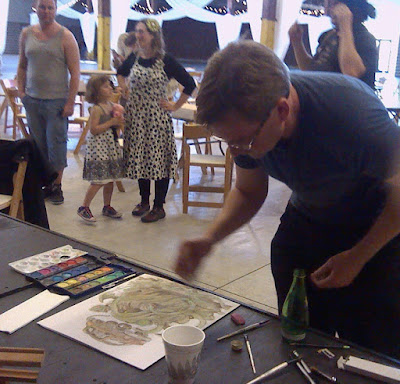 Here he is adding color. 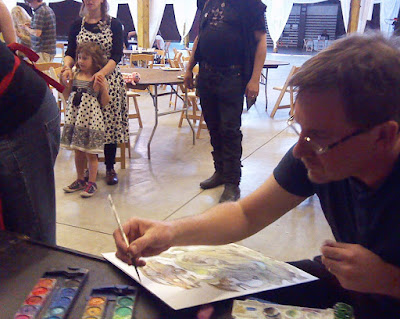 He had to go from concept to finish in 90 minutes, which is all pretty intense. 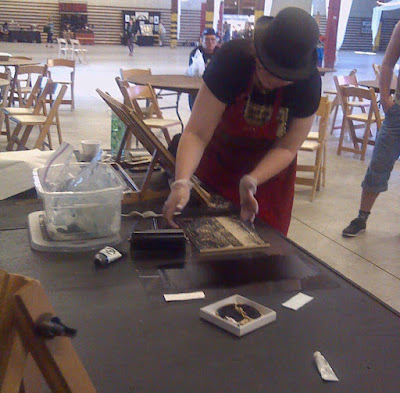 Here is artist Liv Rainey Smith inking her finished carving for print.  Her process is awesome to watch! 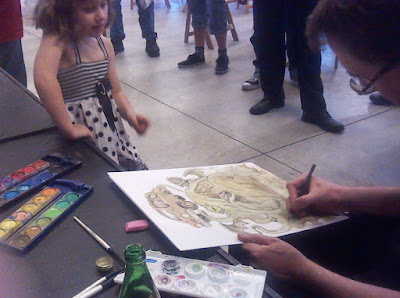 Mike trying to finish on time. 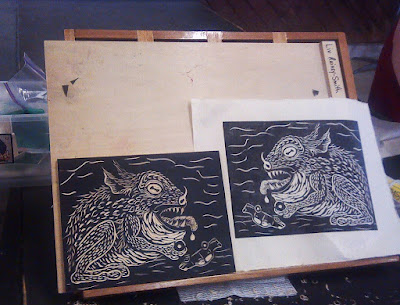 This is Liv's finished carving and print!  I love her work and interviewed her once on our radio show Art of the Red River! 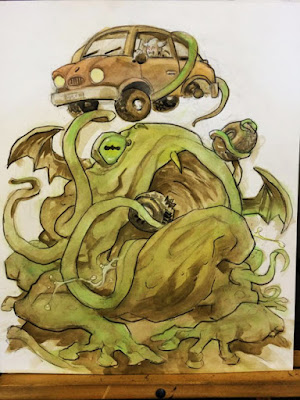 And this is Mike's finished painting (though I don't think he considers it done).  Both artists were great to watch!

It was such a great weekend! I even managed to get my painting done on my down time...

This is called "I Wish For Fish".  It's for an exhibit at the Staten Island Ferry Terminal in New York City.  The exhibit is called "What do you wish?". 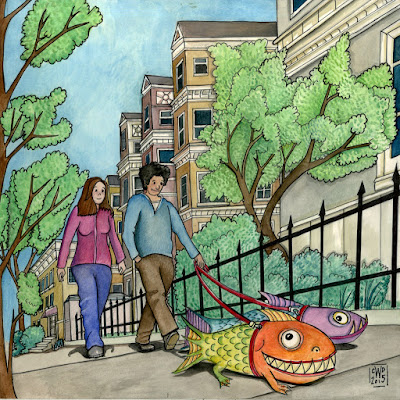 Coming home was a bit worrying as I'd never left my 16 year old in charge for so long, but all was well when we arrived (my youngest, Naomi, said it was really my middle child that ran things.-She made meals and cleaned up, and organized who would walk the dog each day).  Anyway they all seemed well.  Today, I need to keep working on this.... 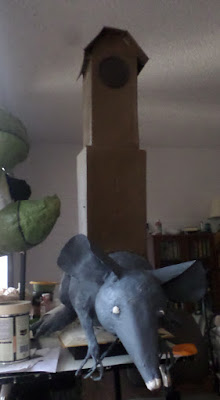 This is my giant "Clock Mouse".  The biggest sculpture so far for my solo show in August, and now Mike is doing some more creature design for a feature length film!  More film festivals I think are in my future. :)