Painting in a panic

Since it was a three day weekend I kept working on the piñata (I'm trying to only work on this project on the weekend.)  Here you can see on Monday I started painting his face... 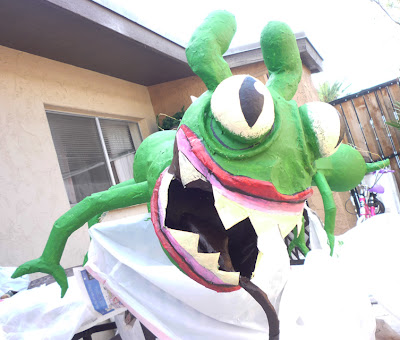 Then I began working on his stripes....

By the end of Monday that's where I stopped.  Then I learned of the storm that was due to arrive Tuesday night.  I had wanted to paint all the areas I could reach without moving him too much (he is only paper mache, after all.) So I decided to get all I could done on Tuesday. 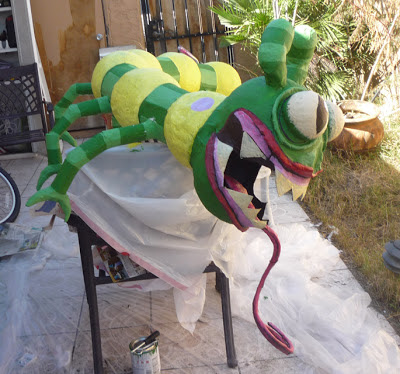 So I worked for hours.  Here I've added the yellow (plus one purple dot). 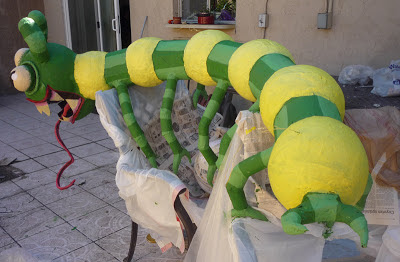 This is the same moment from the back. 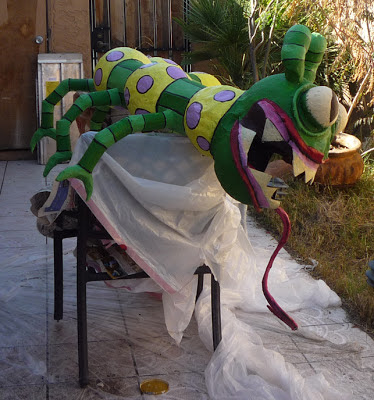 Hours after that I finished as much as I could.  I've added all his dots and black outlines.  Phoebe was home sick and has helped me paint many backdrops so she came out and helped me finish. 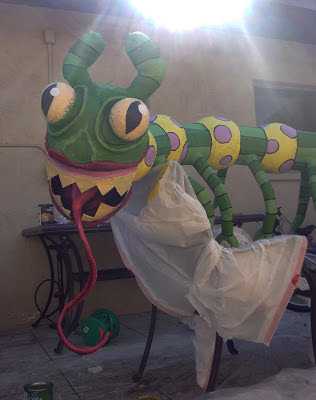 So now that he's done I was ready to move him. 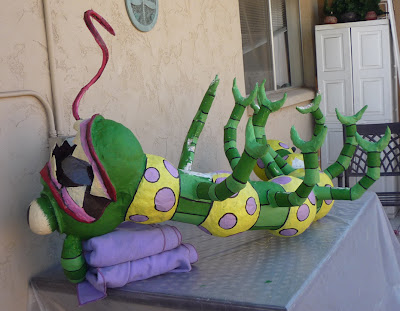 If you look closely you can see his bottom half needs finishing. 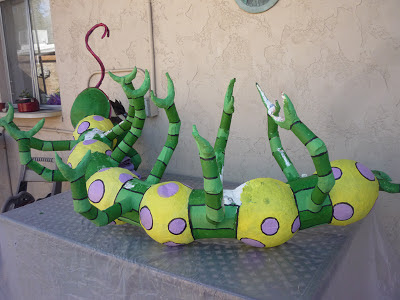 But that's a task for next weekend.  Right now I have to cocoon this guy. 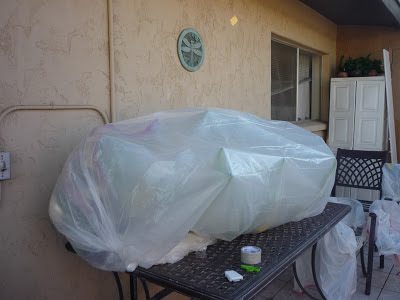 So here he is wrapped in two dropcloths and pushed under the eves of our house.  Right now it's pouring rain and please keep your fingers crossed for me..... This centipede will definitely melt in the rain.

The Sisters' Hood said…
YOU need some share buttons on your blog my dear or am I just not seeing them. This project of yours is simply amazing and I want to share it all over the blogosphere!
February 22, 2013 at 4:06 AM