The New Year and the dog in the road 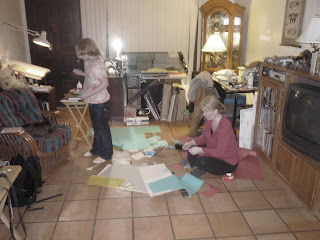 The New Year crept up on us and we were going to go out to an old west ghost town for an event, but we were feeling too rundown from Christmas travel, so we followed our usual tradition of making ridiculous hats. 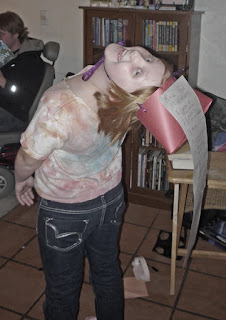 Naomi's hat was very clever. She attached a list of crazy resolutions. 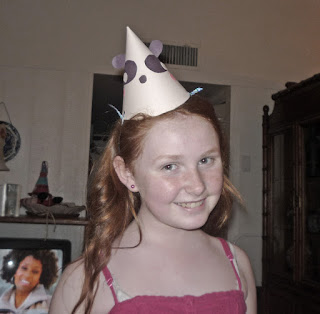 Phoebe made a panda hat (and numerous others) 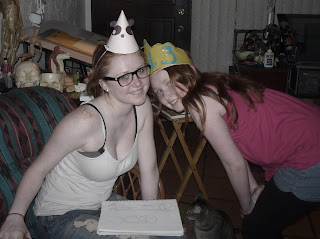 Chloe was apparently too old for this activity but agreed to wear one Phoebe made for a photo.  Next year she says she's determined to go to a party for New Years (I guess staying in was way too lame.) 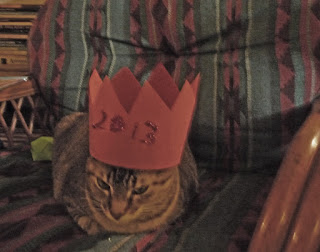 This is the hat they made for Izzy.  Here she is doing her best impression of "Grumpy Cat". 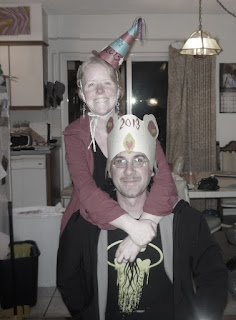 ... And of course we made some hats. Very silly hats. 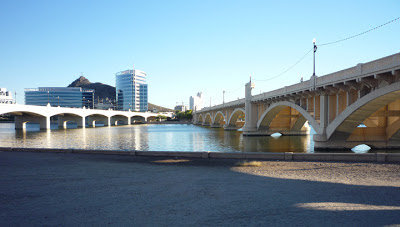 Since the kids are on break still we took them hiking over by the Salt River. 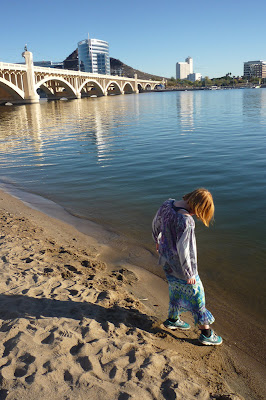 Which was great for photos, but a little dull when it came to walking. 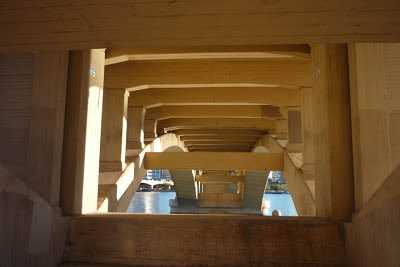 So from here we went up the road to Papago park. 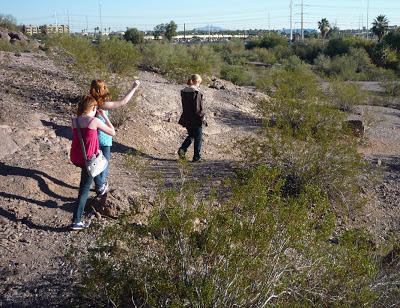 There were some pretty good trails over there. 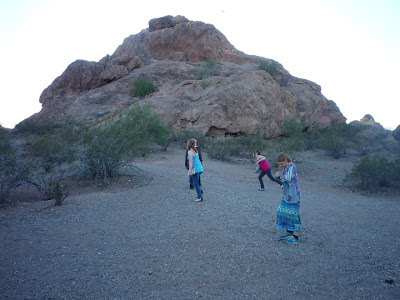 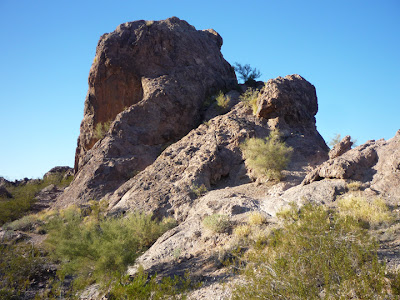 And some pretty hills. 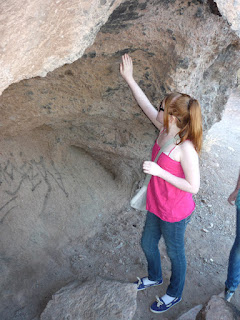 I wish I could say she was studying the ancient petroglyphs, but it's just graffiti . 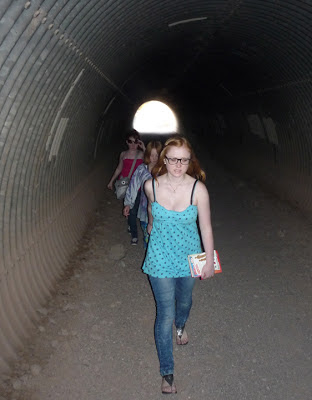 We hiked through this tunnel that had been befouled  by horses. 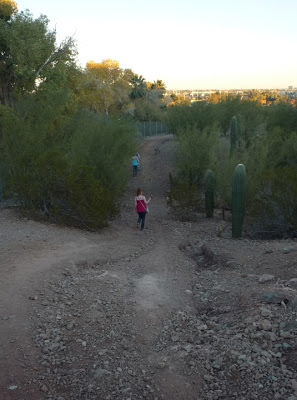 Up the cacti trail.

To the top of this hill. 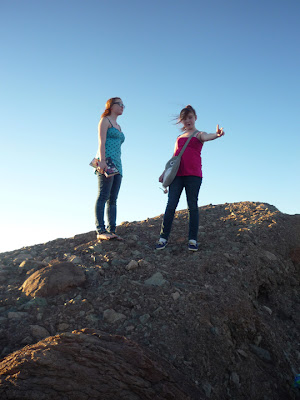 Chloe and Phoebe enjoying the view. 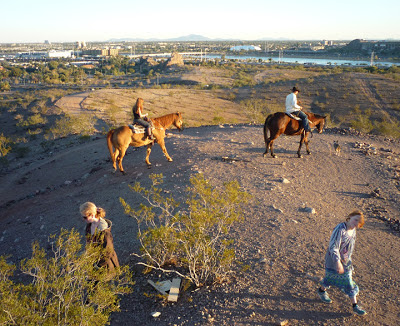 It didn't take long to find the horses that stank up the tunnel. 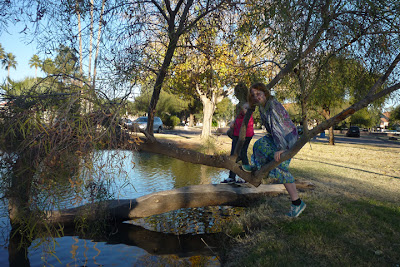 It was good to get everyone out of the house.

Lately my kids just been reading and watching too much TV while Mike and I try to meet deadlines, ship art and run errands, which is exactly what we were doing down at the huge (5 lanes) intersection of Indian School Road and 7th street yesterday.  As we approached the light we saw a small brown dog running on the sidewalk with no collar.  Mike quick pulled into a parking lot as we watched the little dog jet straight into the road. He survived somehow and made it back to the sidewalk. We pulled out trying to get over when suddenly he was in the road again and next to our car! Mike threw open his door and we called him in. He jumped in and collapsed exhausted in my seat. 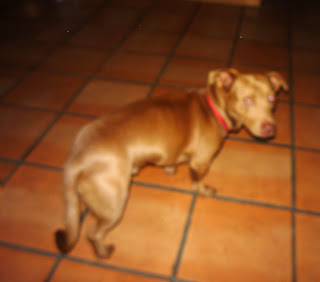 Here's his photo.  As you can see I'm clearly ready for a job as the photographer over at animal control. (All their photos are this crappy!) 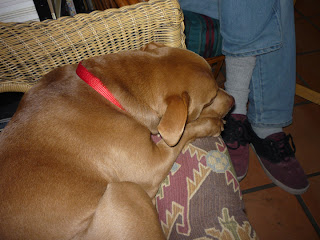 Here's a better one of him sleeping. We're calling him "Oz" for now, but if he has a sad and desperate owner out there, hopefully we can find him.  If not, well, he's welcome to hang around with us.