I spent the 3 day weekend getting the head to my mutant piñata complete.  Since I had most of the pieces already paper mached the next step was to put them together. 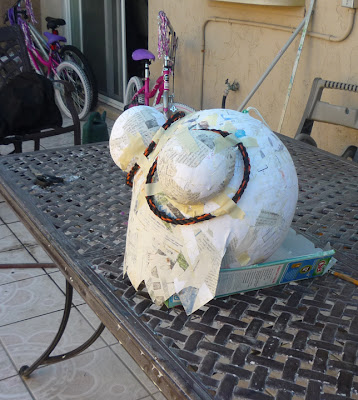 This is a photo of attaching the small globes as eyes.  I also put in the ropes to add dimension. 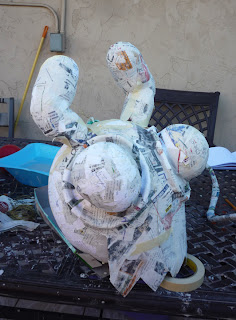 Next I attached the horns I made to the top of his head. 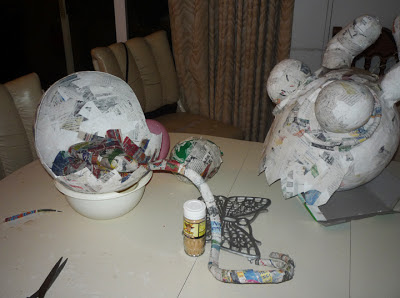 While the horns dried in place I cut the second big globe to be a lower jaw, and attached the tongue. 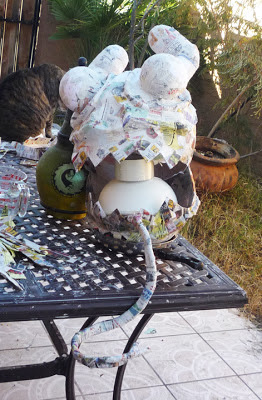 The last step was to connect the 2 halves of the head.

(Naomi is working on her own project in the behind the head.) 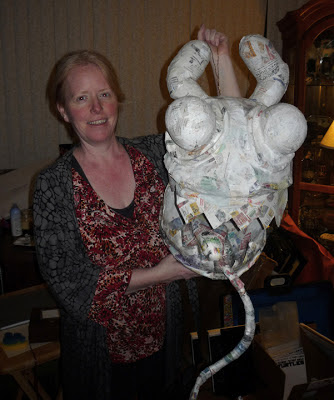 Anyway, the mutant piñata head is done (for now).... 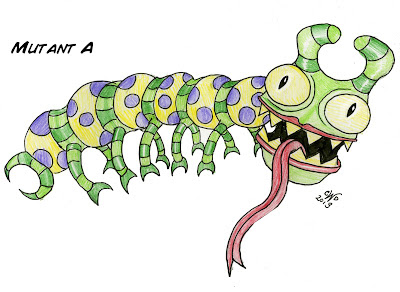