Last night was the first real dress rehearsal for "Once Upon A Mattress". It was great to sit and watch the show this time. 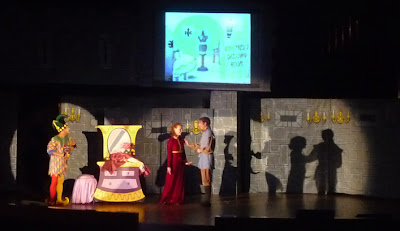 The set looked good and while it doesn't look so great in this picture, the screen titles worked really well throughout the show (with the exception of some technical glitches). 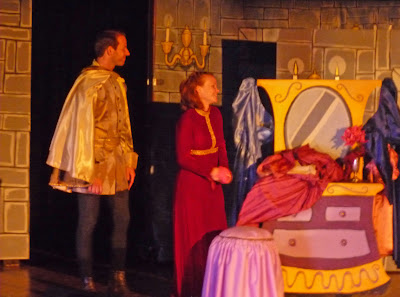 This scene is in Winnifred's dressing room. 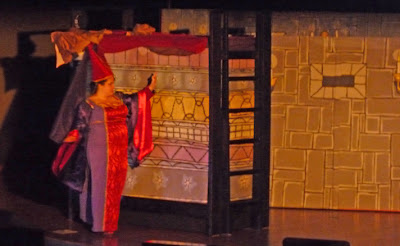 Here you can see the finished bed onstage with the queen (who is a fabulous actress!). 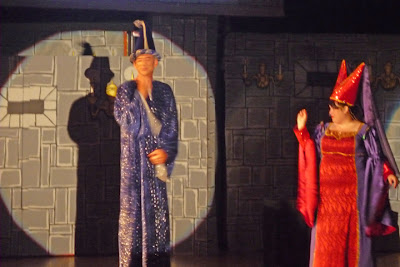 Here's a slightly blurry shot of her with the wizard. 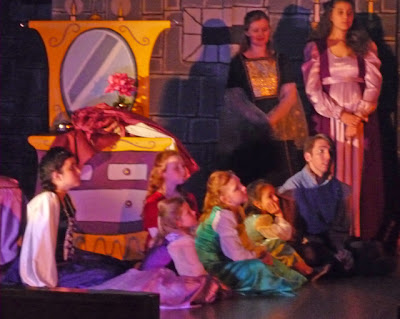 This is Phoebe (in red) and Naomi onstage during the "Swamps of Home" scene. 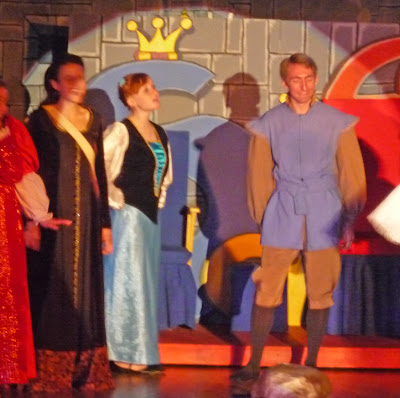 And here's Chloe in one of two costumes she wears during the show. Tonight is the invited dress rehearsal, which means there's an audience for the first time.... Wish them luck!

I recently realized that the kids passports are expiring in June.  I can't believe it's already been five years since this post!  Anyway, our family got passports back in the days that you could cross the border with just a birth certificate.  If I just let them run out then we can't wander down to Mexico on a whim anymore, so instead of the expensive passport books I'm going with the passport cards for the kids.  I just got their pictures done today....

(For security reasons they're distorted and small )

These came out better than the last ones though.  Probably because I told them to ignore the rules and smile anyway!