Yesterday evening we went to Sea World.  It pains me to even write that sentence, as Sea World's record for animal cruelty is distressingly bad, but this year's "Cookie  Kick-off" for San Diego Girl Scouts was taking place at Shamu Stadium, so I caved. 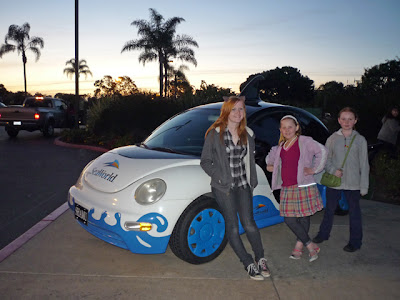 Here are the girls by the "Whale car" at the entrance. 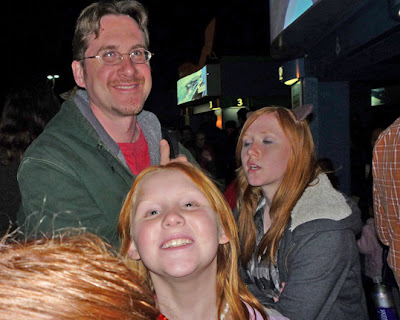 We arrived early to pick up our tickets and waited in a throng of Girls Scouts out front. 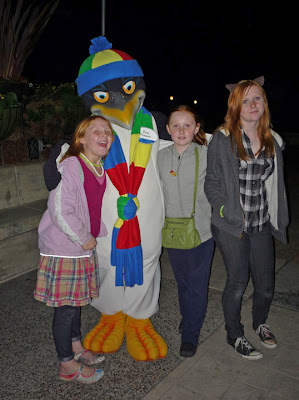 Posing with a penguin. Naomi loves it.  Phoebe's okay with it.  Chloe's gonna kill me. 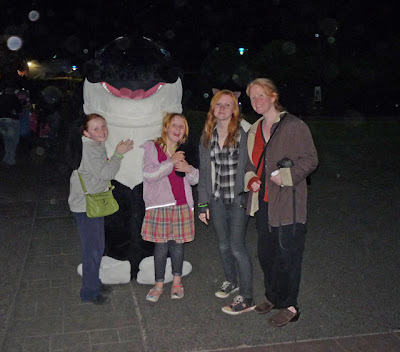 So I jumped in the next picture with the whale guy to make her feel better. 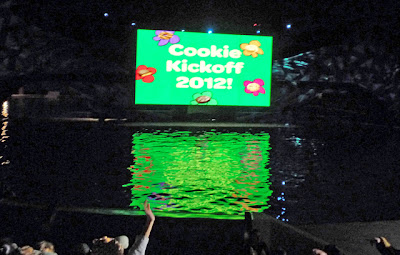 We filed into the stadium and got a seat at the edge of the "splash zone".  The girls in the crowd were so-o excited. We spent about 40 minutes in a rally to gear up for selling cookies, but unfortunately no cookies were served and we all really wanted cookies after that! 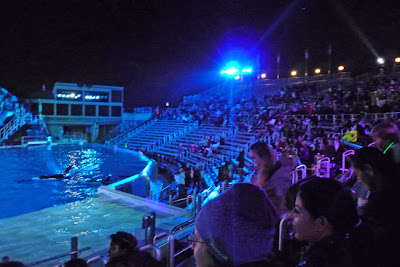 They were selling hot chocolate to the crowd,though, but much to my disappointment, no coffee. 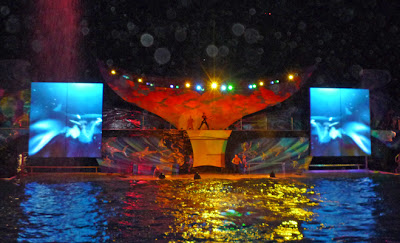 Here you can see the trainers dancing onstage.  The trainer's ability to dance is as important as their experience with animals and any marine biology degree they may have.  It fact the whales are so intelligent that they are not so much following the trainers direction as following cues like any human actor.  Unlike a human actor though they don't get to go home and live a normal whale life after the show. 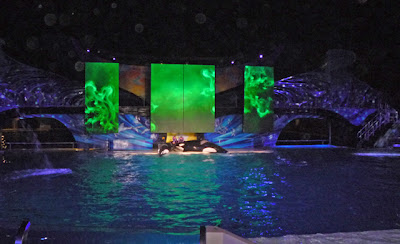 In this shot you can see the whales onstage in their final pose at the end of that segment. 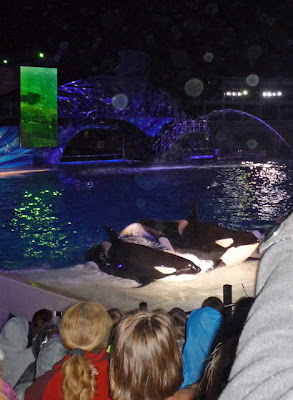 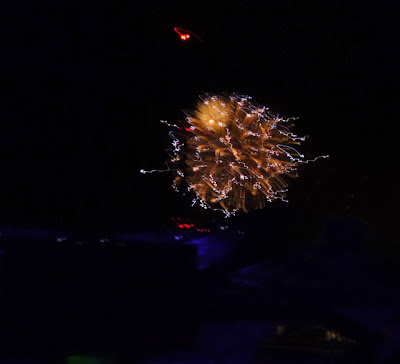 The whales came to the edge of the pool to pose for the crowd.  I was crying while I watched this show and I think it was either the whales or the shrieking girl behind me who burst my eardrum (I'm so not kidding she had a super powered voice!).
Anyway by the time they were setting off the fireworks I could barely hear.  It was like listening to faint popping corn.
The big news for the week is that my new e-book of "The Horribles" is out...
Check it out!!!